Ever since he can remember, Dominique "Dom2D" Ferland has been doodling. "I drew comics and made up games in grade and high school," he says, "using the same ink pens I use today."

Eventually that passion turned into a career in games. After spending some time in advertising — "working for clients was usually pretty horrible" — Ferland lucked into a part-time gig mocking up game concepts for a new studio. This ignited an unknown passion for game design. "As a kid, I had no idea game design was even a thing," he says. He has since moved on to Montreal-based Tribute Games, the studio behind cult hits like Mercenary Kings and Wizorb, where he's able to satisfy his love for both art and game design.

Though you may not recognize his name, there's a good chance you've seen Ferland's work. He's contributed art to a number of indie games, including cult PlayStation hit Johann Sebastian Joust and the upcoming PS4 game Close Castles, the next release from the designer behind Threes. He's also created album covers for musicians like Disasterpeace, and promotional art for games like Super Time Force. Ferland has done quite a bit of work in the indie scene, and it's primarily thanks to one game — and not one of the many he's worked on.

"A really big part of that 'I can make games' epiphany was playing the original Spelunky," he says. The game, which started out as a freeware title but is now available on a number of consoles, exposed Ferland to the world of indie games, and he dove straight in by getting involved in game jams and local community events. Since then he's partnered with a number of designers, big and small, working on everything from card games to console releases. "All because Derek Yu made a tiny platformer game called Spelunky and released it for free online," he explains.

Now that he has a full-time job in games, Ferland doesn't have as much time to dabble in side projects, especially when it comes to making new games. He does have a personal project in the works, though, which he describes as a "small book about tiny adventures, melancholy, helplessness, love, and other very broad subjects." It features a tiny black bird-like creature, has very little in the way of dialogue, yet the early images he's released so far are wonderfully dark. The drawings may be simple, but they're pretty powerful.

"I hope people will connect and feel like they’re not alone in the world by sifting through my book," he says.

You can find more of Ferland's work on his site. 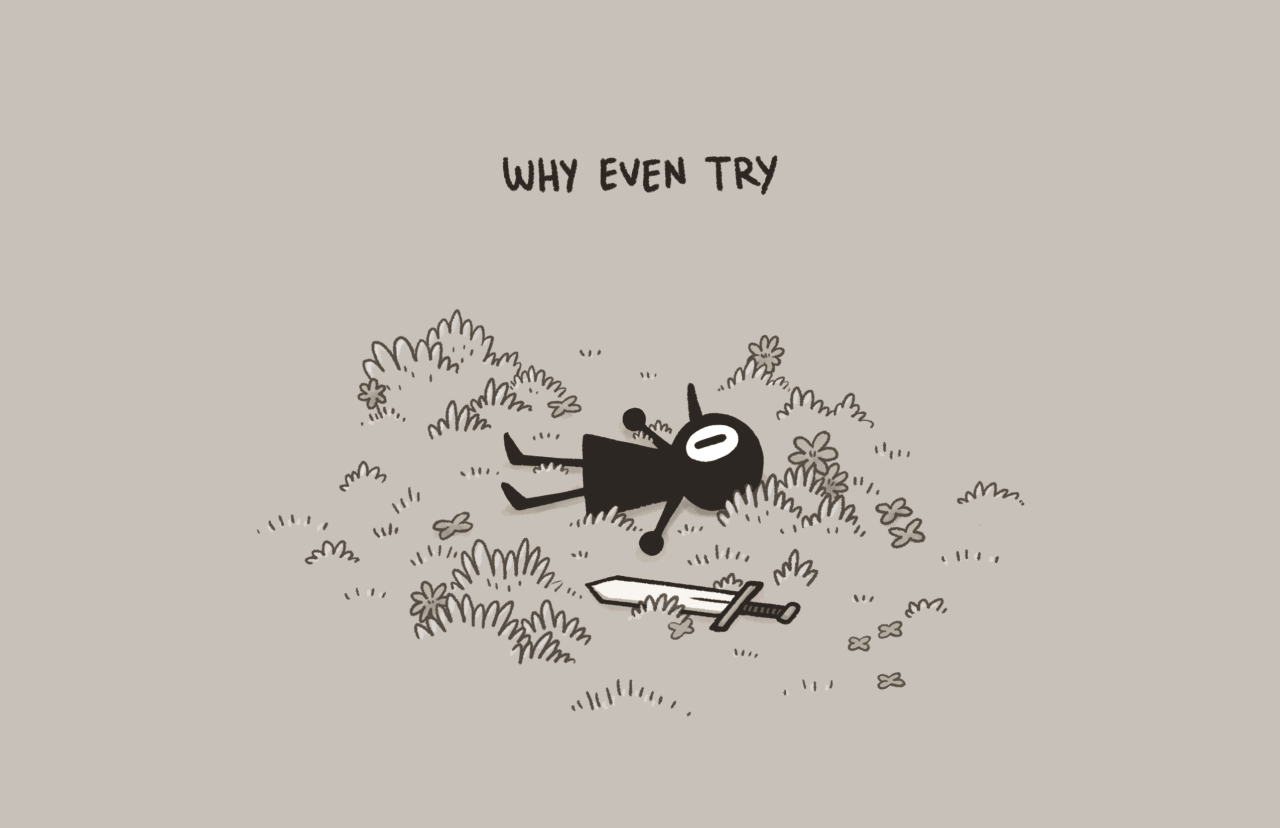 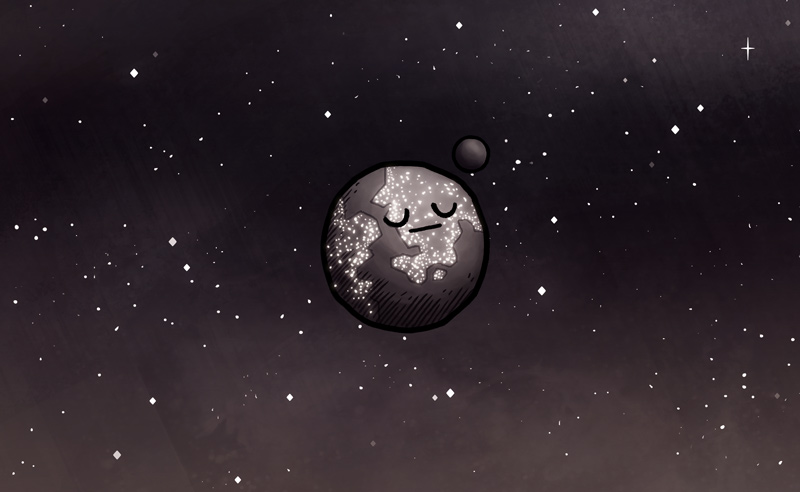 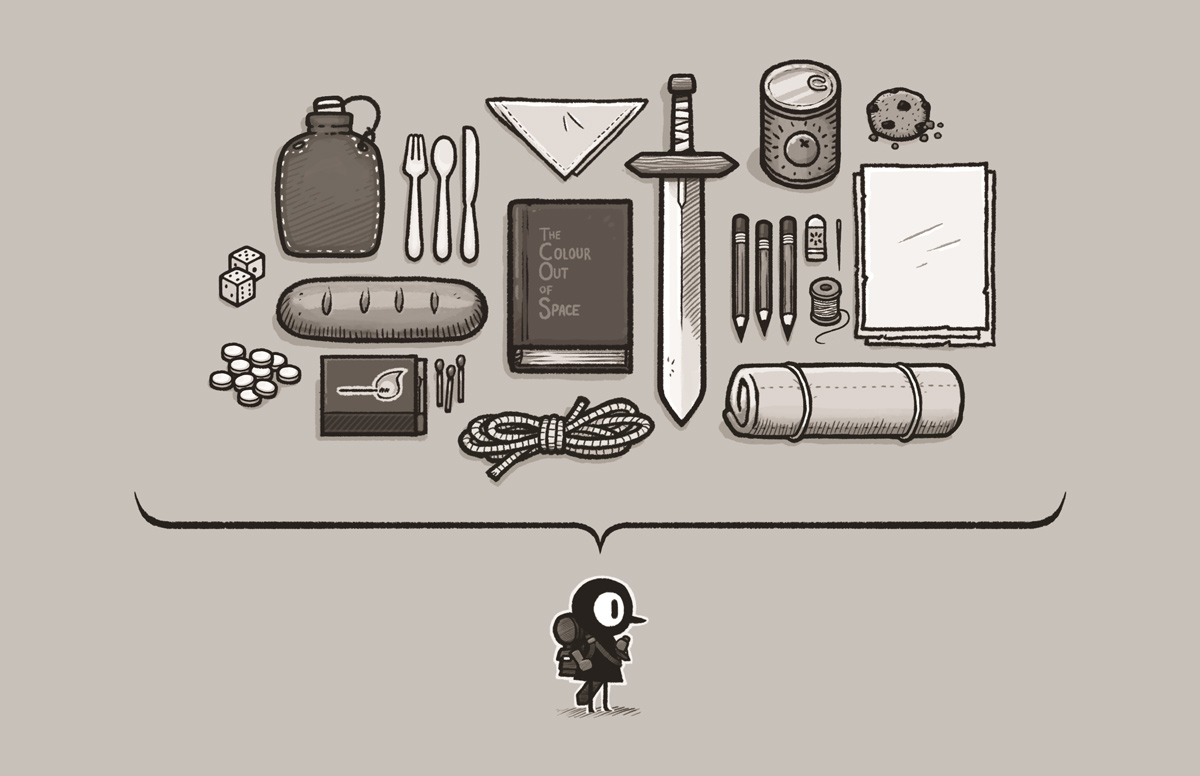 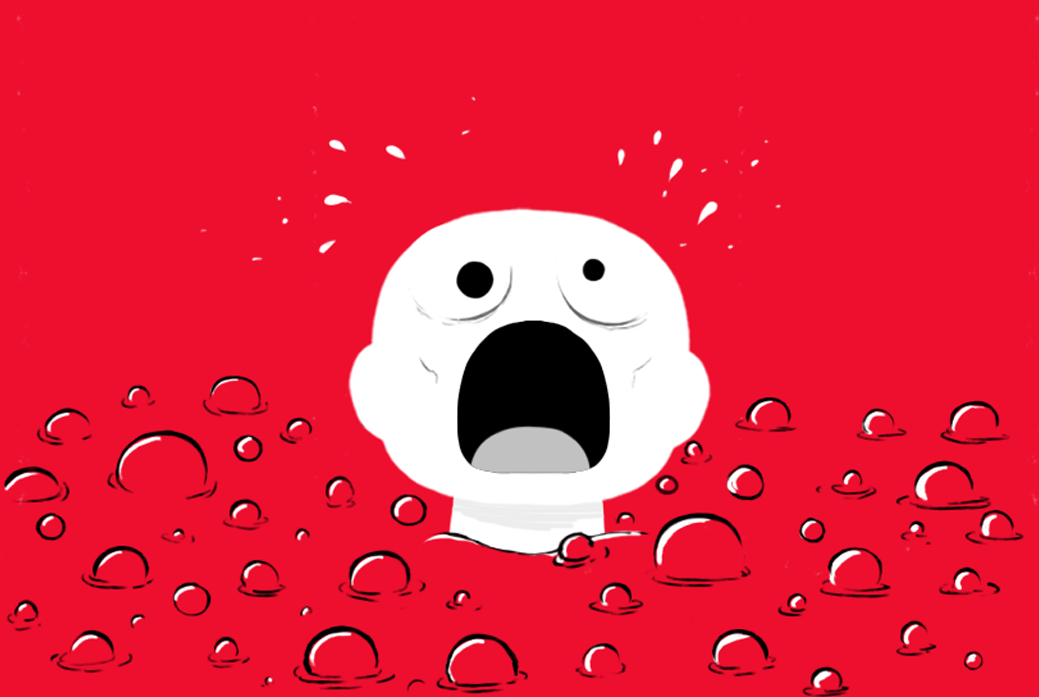 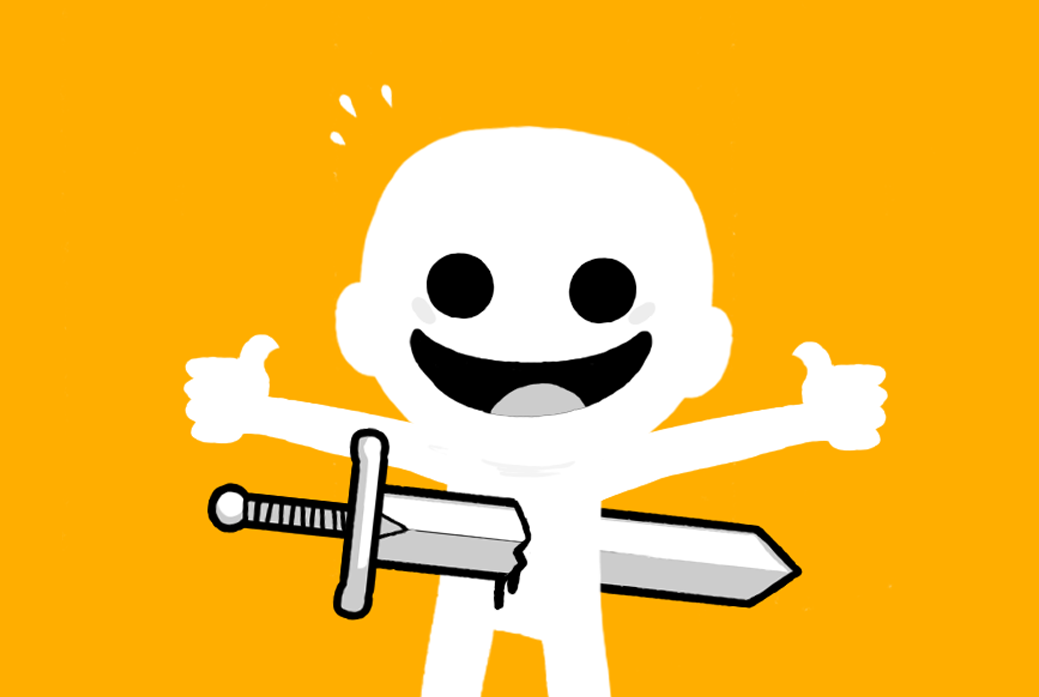 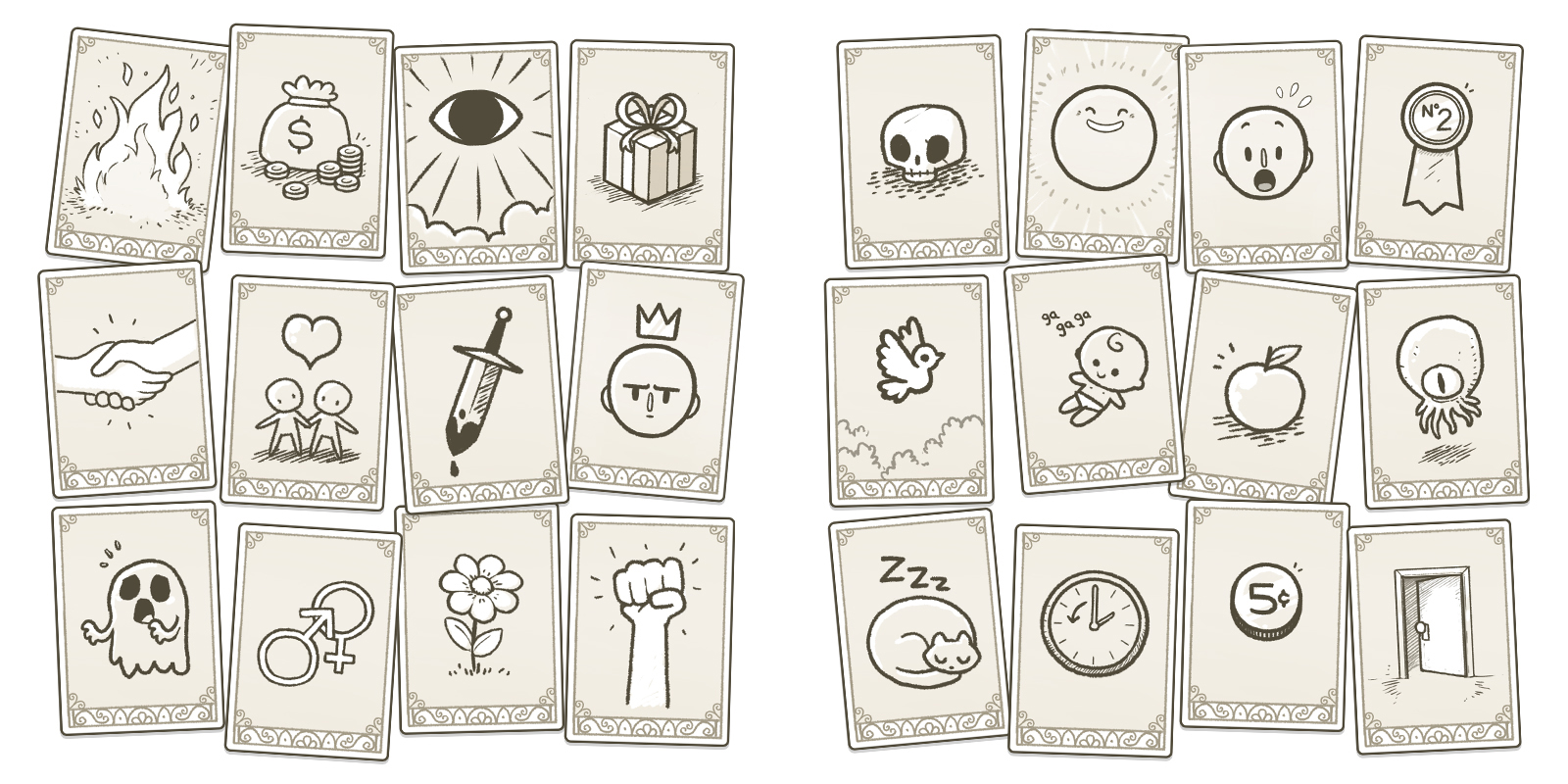 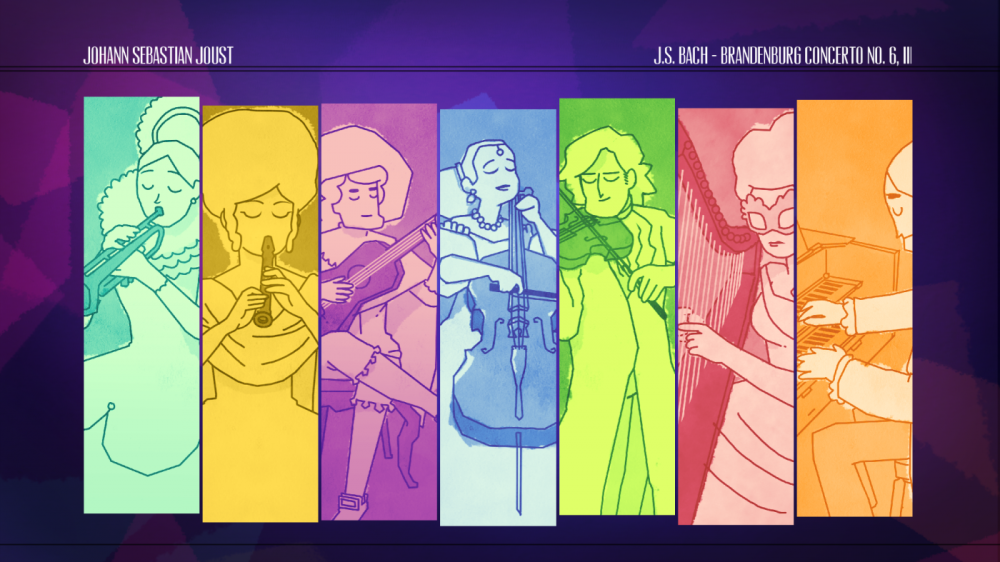 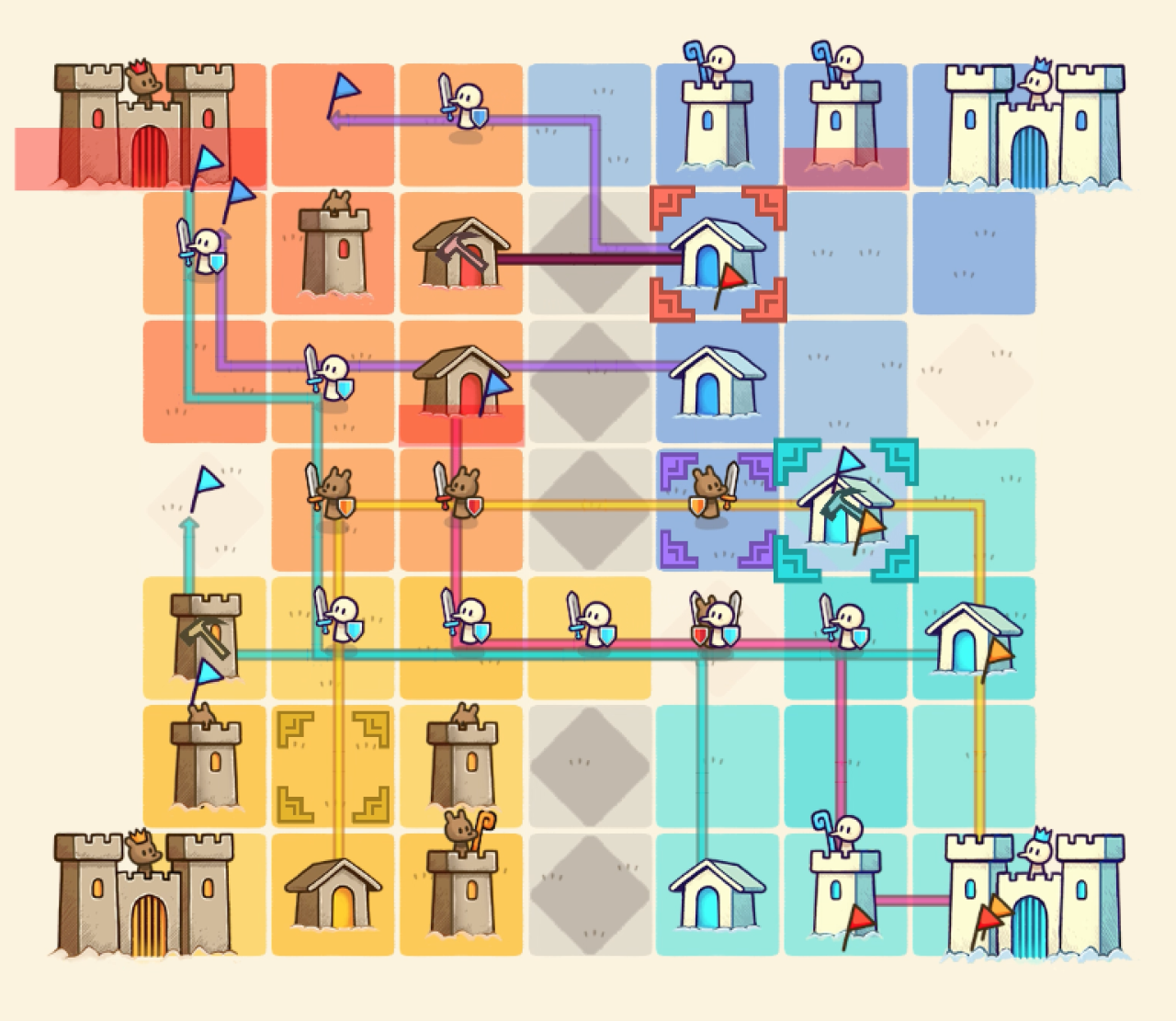 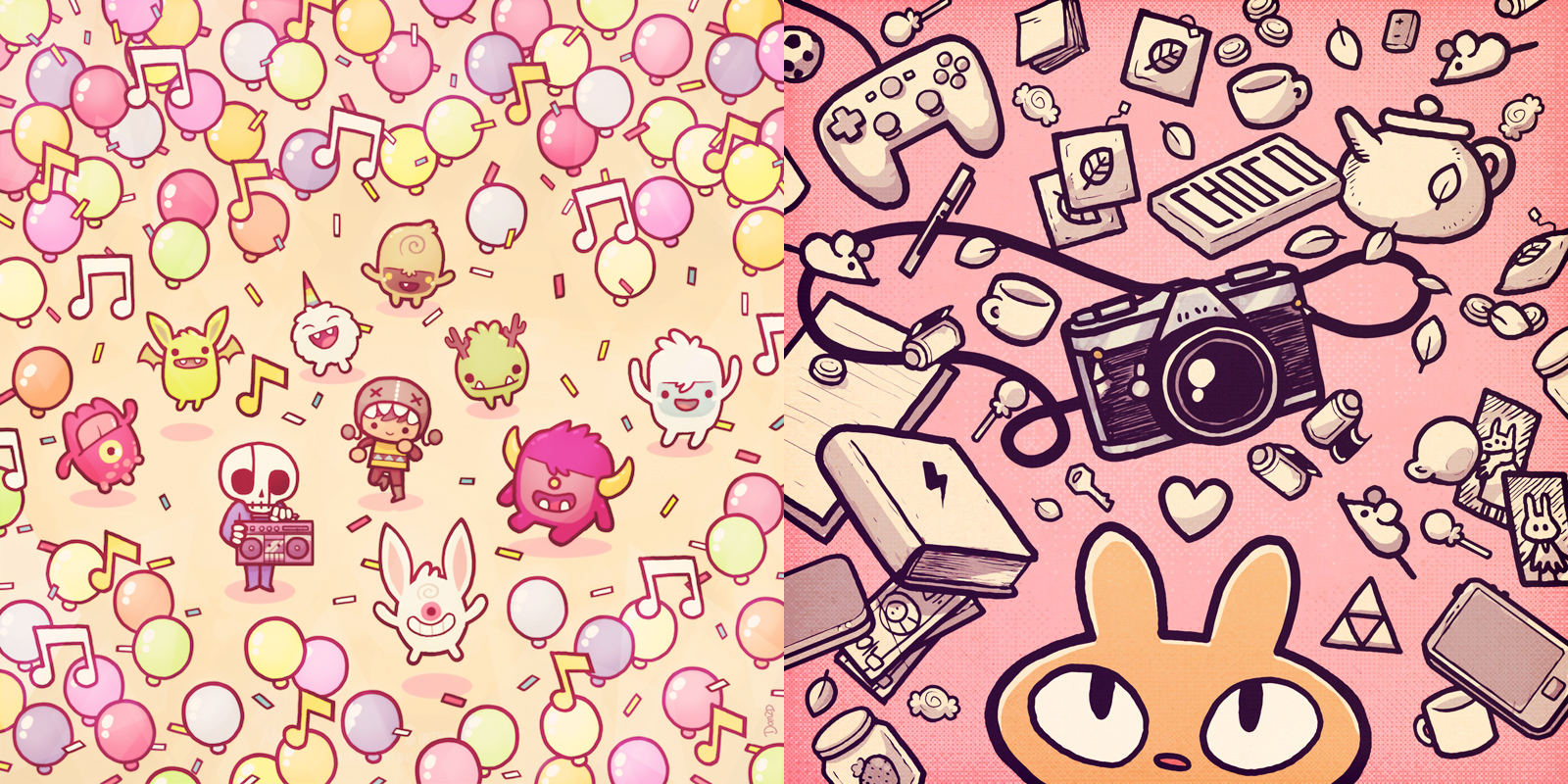 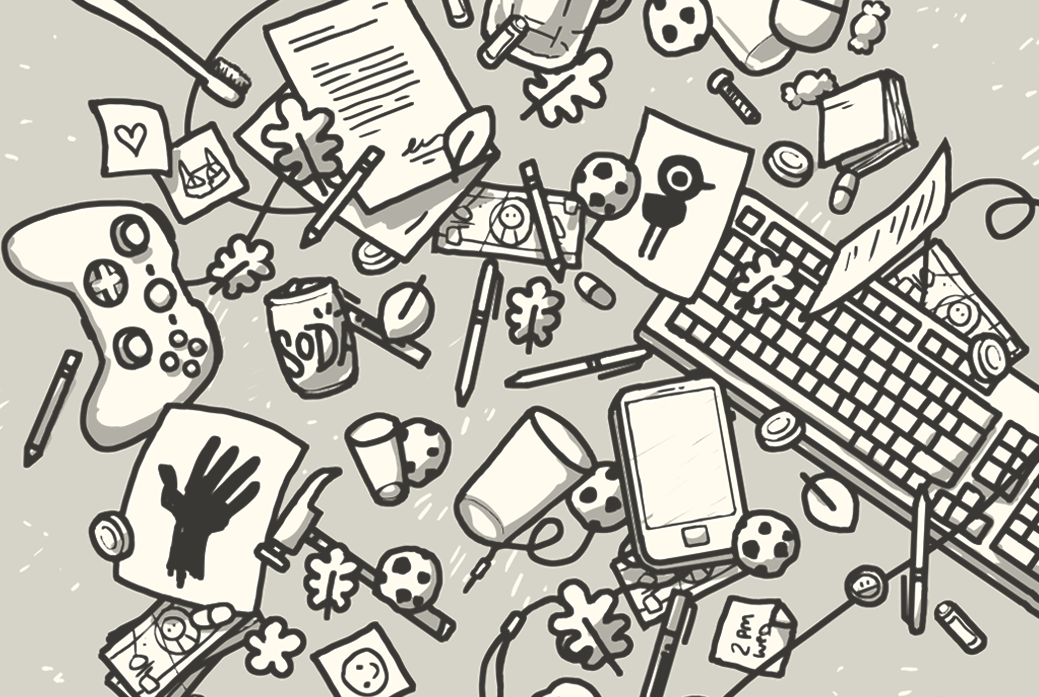