These are Instagram's first new filters in two years

Slumber, Crema, Ludwig, Perpetua, and Aden are here to take on VSCO

For all that you hear about Instagram’s filters, the company doesn’t release that many; there were two additions in December 2012, and nothing since then. Apps like VSCO Cam have picked up the slack since, offering a wider variety of filters and editing abilities to help your photos stand out. Instagram responded in the summer with some more granular tweaking tools, and today it’s releasing five brand new filters — its first in two years.

“Photography trends have evolved,” acknowledges Instagram in a statement. “We’ve seen tremendous creativity within the community, not only in the moments they share, but in the time spent carefully composing and editing photos and videos to bring out emotions and make them beautiful.” That suggests that these new filters — called Slumber, Crema, Ludwig, Perpetua, and Aden — are directly designed to appeal to users of apps like VSCO Cam. And one look at these samples backs this up; although we haven't had a chance to use them for ourselves, on this evidence most of the new filters look subtler and more realistically filmic than the sometimes heavy-handed present set. 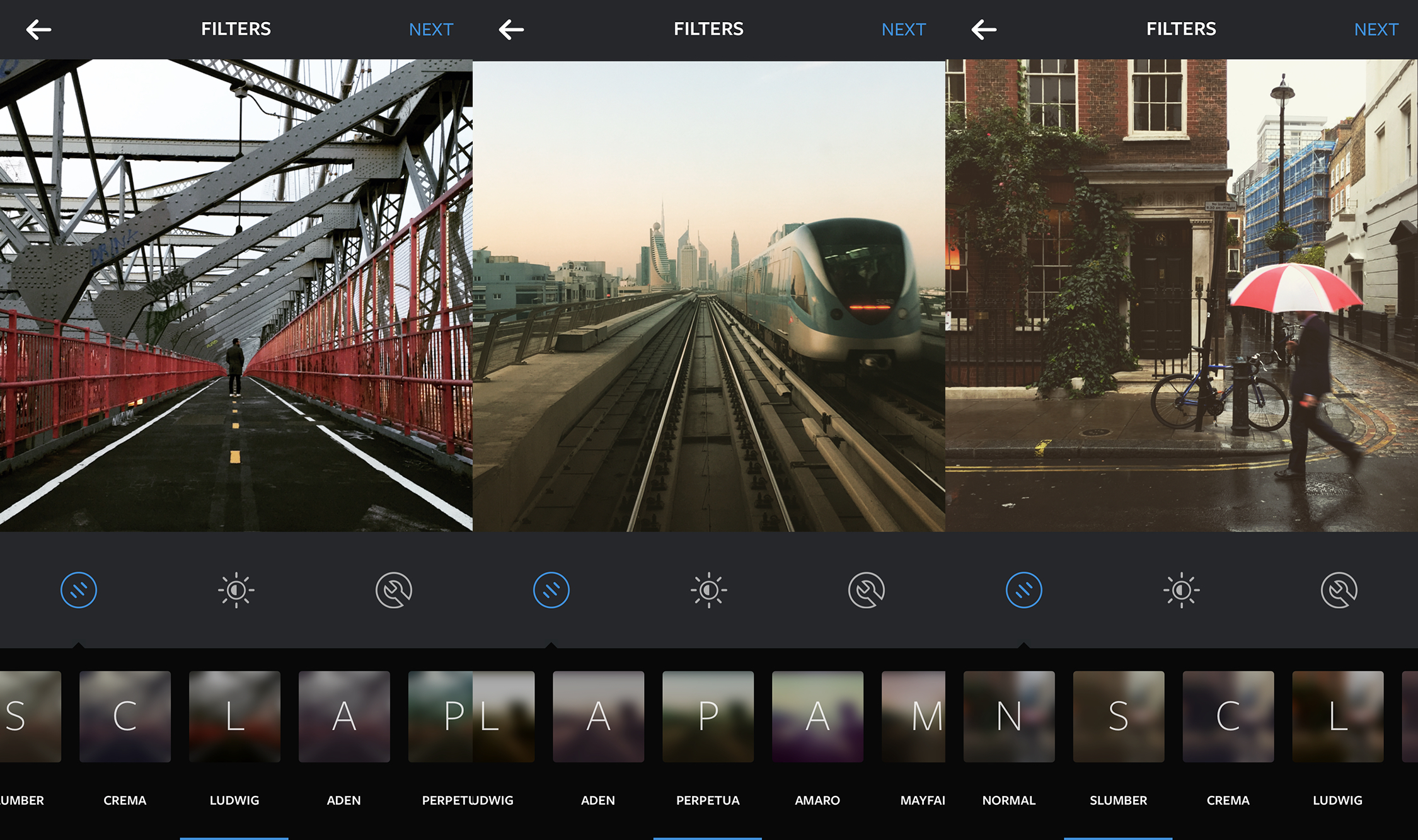 The trend toward cleaner, less dramatic filters in recent years makes sense when you consider the huge leaps in photographic capability made by newer smartphones. When Instagram first came out in October 2010, the iPhone 4 had just hit the market; with a lot of people using even older hardware, most phone camera photos needed quite a bit of processing in order to look palatable. These days, however, iPhone hardware is tuned to produce images that can even look better than those from traditional cameras, at least in terms of color, white balance, and so on.

As such, it’s fallen to companies like VSCO, which started out making film-like plug-ins for advanced photographers on PC and Mac, to enhance smartphone photos in other ways. The new Instagram filters appear to be in keeping with this approach; the even tones and muted colors in provided sample images look more appealing than many of the current filters, which have suffered from overuse.

"The photos you’re going to look back on five years from now are not the ones that are super processed, but the ones that maybe had a shade of a mood versus the plain photo," co-founder Mike Krieger told us last year. "But not so overboard that it’s unrecognizable." Instagram just reached 300 million users — an impressive milestone, but one that means many of its 19 filters have become instantly recognizable. With a wider palette to choose from alongside the newer editing tools, Instagram users can make their photos look better than ever without having to leave the app.

With two dozen options, the filter list runs the risk of getting a little bloated. But in another move perhaps inspired by VSCO Cam, you're now able to rearrange your options or hide certain filters entirely. By default, the five new filters will be placed at the front of the list. Instagram has also changed the style of each filter's icon; instead of variations on a hot-air balloon, you see a blurred representation of your photograph to get an idea of the filter's feel.

Today's update adds more than just the filters, too. There's a new perspective tool to go alongside the cropping and straightening functionality; comments now appear in real time without the need to refresh each photo page; and you're finally able to upload slow-motion video. The new version of Instagram will hit both iOS and Android today.

To get a sense of how the new filters will change your photos, we have a selection of images taken and edited by members of the Instagram team that worked on this update. Scroll down to see the pictures before and after each filter was applied.