One of the first things you do in the Game of Thrones video game is slowly wipe blood off of a sword. A few minutes later you're trying to avoid being stabbed in the neck with one.

The new Game of Thrones game is created by Telltale, the same developer behind the acclaimed Walking Dead series, and much like the rest of Telltale's line-up, it plays out sort of like an interactive movie: the focus is on making decisions and watching a story unfold, as opposed to straight-up action. And just like those games, Game of Thrones is structured like a television show, with six episodes lasting around two hours each and released every month or two. In the developer's past games, that formula was delightfully gripping because you were forced to make incredibly tough choices that often meant deciding whether people lived or died. Those decisions made you feel invested in the experience, and helped influence how the story would play out.

With its penchant for killing off characters in often brutal, shocking ways, Game of Thrones seems like a natural fit for this style of play. But the first episode, "Iron from Ice," doesn't get into that much, instead spending most of its two-hour runtime introducing the characters and situations that we'll see over the course of the six-episode season. There’s still plenty of blood and death here, but because it all happened to people I barely knew, it didn’t make me feel much of anything (with one key exception). The episode works as an introduction, easing you into the world, but it lacks the punch you'd expect from a series like this. 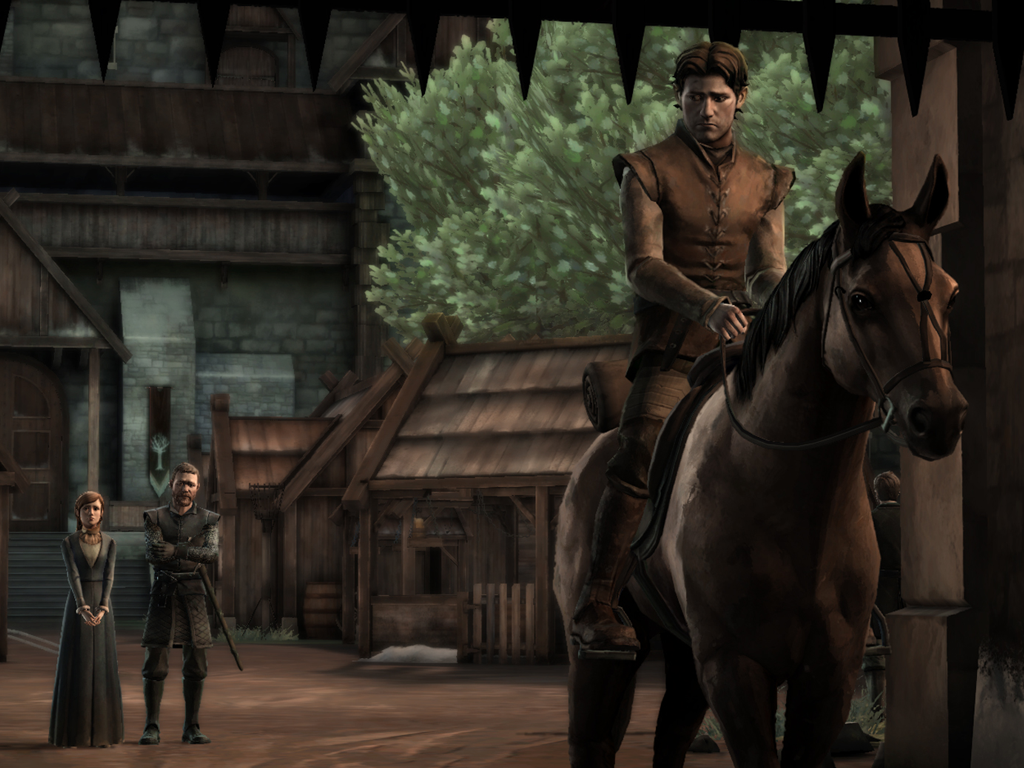 Whereas The Walking Dead was its own thing, separate from the show and comic, Game of Thrones is more like supplementary material. It takes place alongside the events of the HBO series, kicking off during the infamous Red Wedding from season three. But while you'll see familiar faces, including the likes of Peter Dinklage as Tyrion Lannister, the game is primarily focused on an entirely new cast of characters. Here you’ll meet House Forrester, a family that has historically been loyal to the Starks, and now finds itself in an awkward spot between its former northern allies and the new king. It's a lot to take in if you're unfamiliar with the series, and even though the game features a helpful codex detailing new characters and locations, I wouldn’t recommend playing if you haven’t watched the show or read the books.

All of that new stuff means a lot of introduction, and the bulk of "Iron from Ice" is spent teaching you about the Forresters and their place in the world. You'll learn about the towering ironwood forests that surround them and the family’s rare and valuable skill for turning that wood into the best shields and boats in the seven kingdoms. As this is Game of Thrones, it doesn't take long for tragedy to strike, and the Forresters that you meet are a house on the brink, dealing with tough situations that become even tougher thanks to some unexpected deaths.

There’s a lot thrown at you in a short time, and it's made even harder to digest by the fact that you're playing as multiple characters. Game of Thrones will feature five playable characters over the course of the first season, and you'll play as three of them in the first episode alone: a squire who is like one of the family, a young son thrust unexpectedly into a position of authority, and a daughter in King's Landing, doing her best to help her family from afar. 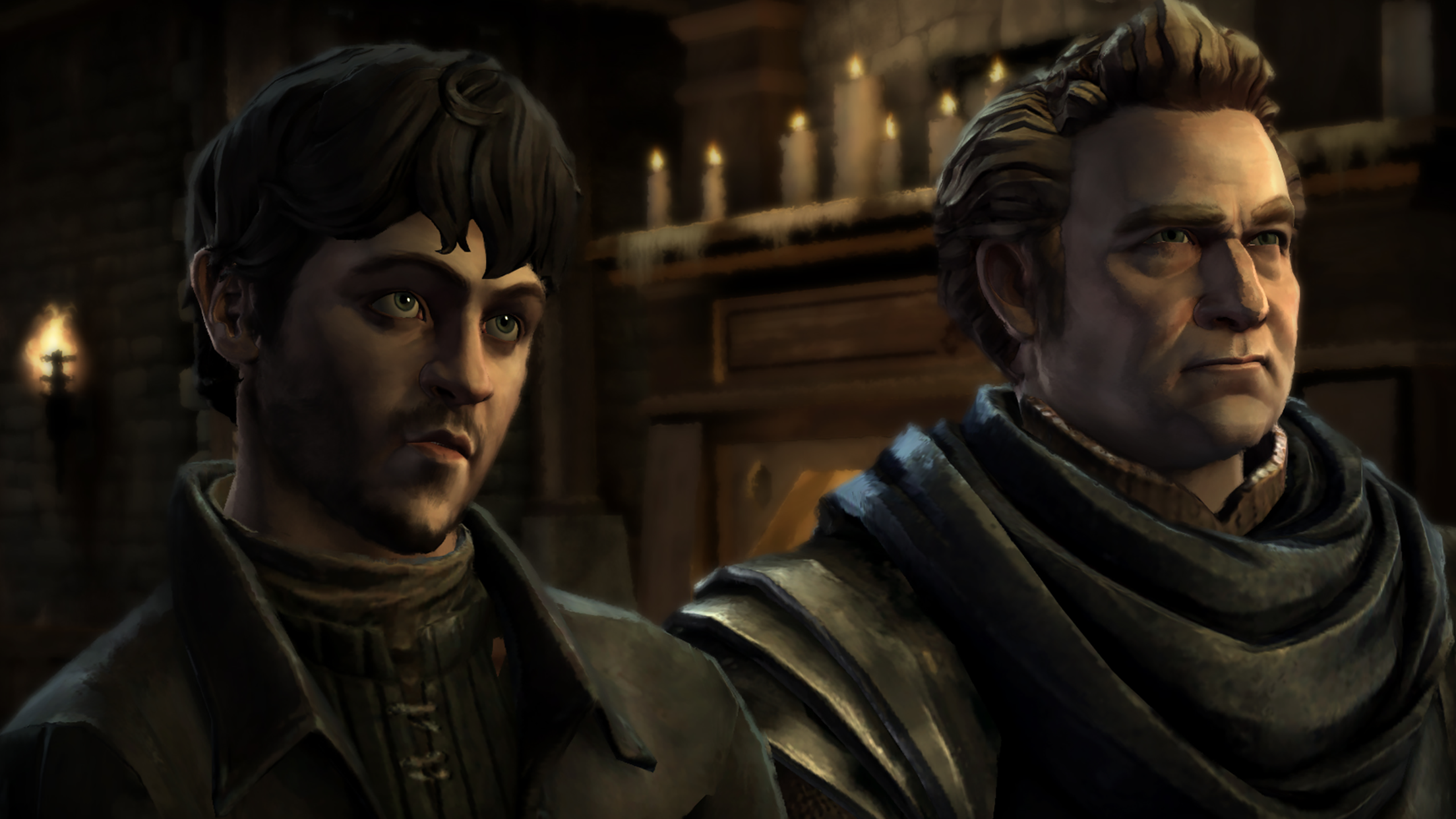 The episode definitely ends on a high note

This structure is necessary for Game of Thrones; there's just so much happening to so many people at once that you need to see the world from multiple perspectives. It works amazingly well in the books and show, but in a short game, it's less successful. Splitting time between three new characters in just two hours means I never got the chance to really learn much about any of them. This is particularly problematic when you have to make sudden decisions (you usually have to make choices within just a few seconds, forcing you to act quickly). At one point I had to choose which of two characters would best be able to help guide House Forrester through this difficult time. But aside from the fact that one was a soldier and one was relatively peaceful, I knew next to nothing about either. A key, important decision was essentially turned into a guessing game.

My hope is that these problems are just due to this being the first episode, and with most of the set-up now out of the way, the season will start to pick up with episode two. "Iron from Ice" definitely ends on a high note, and the dire predicament of the Forresters makes me want to keep following to see just how bad things can get. With The Wolf Among Us, Telltale proved that it can do more than just the undead apocalypse of The Walking Dead. It's a studio full of storytellers that are great at forcing you into moral dilemmas and surprising you with shocking turns. That all bodes well for a Game of Thrones game, but "Iron from Ice" doesn't have much of it.

For the first time in my life, there just weren’t enough shocking deaths for my liking.

The first episode of Game of Thrones launches on PC, Mac, and PS4 today; Xbox One and 360 tomorrow; iOS on Thursday; and PS3 on December 9th.