It's becoming increasingly clear that Sir David Attenborough's name will live on long after we're all dead. And that's not just because of the broadcaster's enormous contributions to wildlife television and science as a whole. Rather, Attenborough's name will live on for centuries to come because close to 10 species of animals and plants have been named after him. A grasshopper, a tree, and a type of shrimp are all part of Attenborough's increasingly large list of namesakes. And now a newly discovered beetle is the latest member of the Attenborough species roster.

The dark-brown beetle was discovered in Indonesia, and is described alongside 97 other new species of beetles in a paper published in Zookeys today. In it, the researchers write that the species was named Trigonopterus attenboroughi "in recognition of [Attenborough's] outstanding documentaries on natural history." But if you're not into beetles, there are a ton of other Attenboroughi and Attenboroughii species to get to know and love.

Take Sir David's long-beaked echidna Zaglossus attenboroughi, for instance. This nocturnal mammal was once thought be extinct, but is now considered critically endangered. It dwells in the forests of New Guinea. 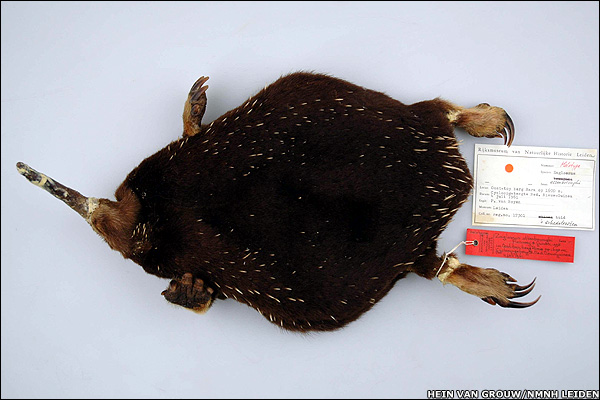 Attenborough also has his own pygmy grasshopper Electrotettix attenboroughi, a species that hops around in the Dominican Republic, and a ghost shrimp that hails from Madagascar. 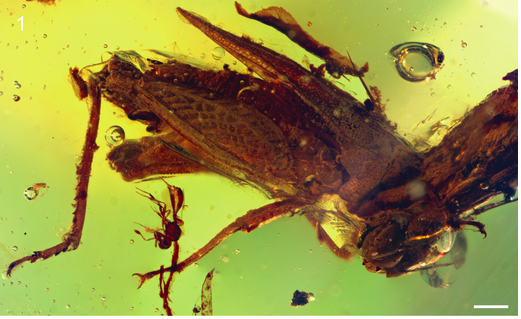 Attenborough's reach isn't limited to animals. The Nepenthes attenboroughii is a pitcher plant that grows in the Philippines. And a tree named Blakea attenboroughii was discovered in 2009 in Ecuador.

The naturalist also has a few extinct species that carry his name. Materpiscis attenboroughi, for instance, is an armored fish that swamed in Australia in the Late Devonian, over 374 million years ago. And there's a whole genus of plesiosaurs from the Jurassic period that go by "Attenborosaurus."

Attenborough doesn't appear to be indifferent to these creatures — or these gestures by the scientific community. In 2012, he gave a speech after a goblin spider was added to the list of animals that carry his name. He told the crowd that "naming a species is the biggest of compliments that you could ask from any scientific community." According to The Telegraph, the spider is now commonly referred to as "Attenborough's goblin spider."