If you were fortunate enough to have owned or driven a Power Wheels car as a kid, it's hard to forget the feeling of breezing down the sidewalk at 5 mph. For many of us, it was our first driving experience that wasn't powered by furious pedaling. But they were still very much toys — quick to lose a full charge and often made of flimsy plastic that was easily damaged.

For parents who would rather spend lavishly on their children's toys, South Korean company Henes is trying to revolutionize cars for kids. They've taken the idea to an entirely new level with the Broon F870 — a fully electric vehicle with dual motors and all-wheel drive (sound familiar?) that boasts a top speed of 10 mph. 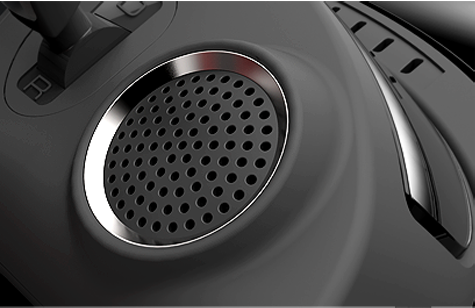 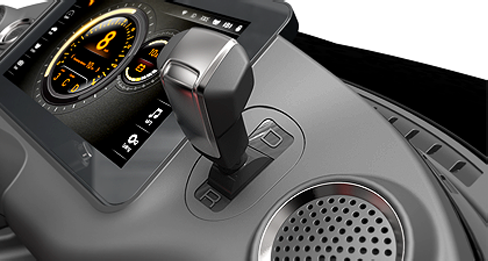 That's just the start of it. The F870, which is a souped-up iteration of previous Broon cars (the F810 and F830), is practically a scaled down version of a real luxury sports car. It has all of the accoutrements typically found in the real thing, and then some: a leather bucket seat, a four-point safety harness, working head and tail lamps, a speaker system, foldable side mirrors, differential steering, shock absorbers, a coil-spring suspension, a self-diagnosis program, and a 7-inch Android tablet (with HDMI out).

It Comes with a leather seat, a safety harness, and much more

That tablet (which can be swapped for a built-in touch panel) controls an onboard MP3 player as well as allows for parental controls, like setting a maximum speed. All told, the Broon F870 will set you back anywhere between $895 and $1,000 — not too steep a price considering the mostly plastic Power Wheels toys can cost hundreds of dollars themselves.

The dimensions of it are so tight that even the 4-foot-tall son of one of Wired's writers had to squeeze to fit, so grown-ups looking to relive some of that Power Wheels glory are going to have to look elsewhere. But just because you can't fit in it doesn't mean you can't have a little bit of fun when your child isn't behind the wheel. The F870 comes with a sleek Bluetooth controller reminiscent of those found with RC cars. And for safety's sake, the car is rigged to stop if the connection is lost, or if you drive it out of range.

Unfortunately for now, it's unclear how you would go about ordering one — Broon's shop seems to only offer prints of the concept art of different models. Until then your best option is exploring the strange world of Power Wheels mods.