In Los Angeles, you spend a lot of time looking at the outside of things. From Los Feliz to West Hollywood, an embankment of multimillion-dollar residences rise up on the right of your peripheral vision as you drive west down Sunset Boulevard, each a constant hovering reminder that there will always be a level of material affluence that exceeds your own, whether or not you decide you care. The hills houses of Los Angeles are conspicuous and ever-present, but non-interactive. For most of the population it is a very rare occurrence to get close enough to one to see it in much detail, much less go inside. They could all be empty facades, and 99 percent of the people that see them every day would be none the wiser.

As you may have heard, there are many differences between New York and Los Angeles. As a recent transplant from the latter to the former, I have found myself, like so many before me, drawn into this well-worn line of inquiry. One difference is of visual priority: in New York, the structures with the highest elevation and visibility are the hubs of business and commerce that fill its skyscrapers; in Los Angeles it is the private perches where people sleep, party, hide from the world, and otherwise spend their leisure time. Perhaps the things we elevate in a landscape, consciously or unconsciously, reflect and influence how we behave in that landscape.

Another difference is of visual transparency. After I moved into my apartment in Brooklyn last month, I immediately noticed how easy it was to just look inside the well-appointed living rooms of my brownstone-dwelling neighbors. After a decade of gazing at faraway mid-century estates, I was not used to this at all. Even in the more modest neighborhoods of Los Angeles, your home is your private fortress of solitude; as hermetically sealed from the outside world as a studio lot or the air-conditioned interior of a car crawling along the 405 during rush hour. Here in New York, nobody seems terribly fazed by the idea of having a drawn-out conversation with their spouse under gleaming copper pots, in full view of the pedestrians trudging home from the station. Perhaps after countless train rides squeezed so close to a stranger that you can accurately identify which Indian place they just had takeout from, the idea of keeping up walls starts to feel a little futile. 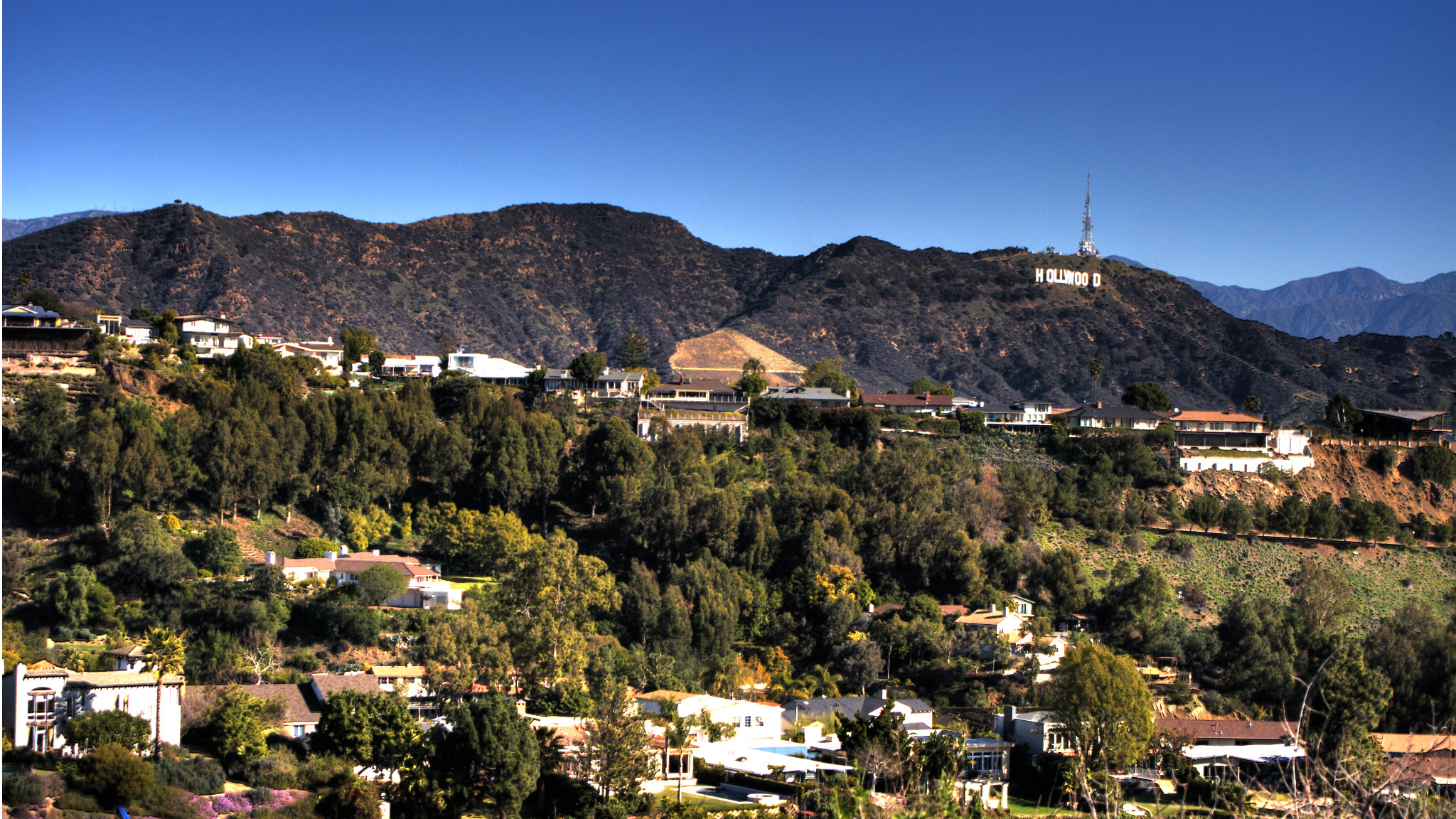 We saw a lot of things this year that we weren't supposed to see, and next year we will see even more. The word "unprecedented" was used a lot, whether to describe the case of surveillance footage of Ray Rice knocking out his then-fiancée, or this summer's celebrity nude photo leak, or the hydra-headed nightmare of the Sony debacle. That continually acknowledged unknown territory should be a signal to us that we are in the middle of a period of rapid growth — or decay, depending on your point of view. The things we weren't supposed to see grossly violated our commonly accepted standards for individual privacy; they also galvanized us and fueled conversations that may have otherwise been swept under the rug.

Increasingly the story is not that a hack or leak happened, but rather what information was leaked and who stands to be hurt / ridiculed / financially affected by it. The Sony hacks happened in the middle of a veritable wave of cybersecurity fails — the US Postal Service, the Sands Casino, and Madonna were all subject to some kind of breach in 2014. Some of these stories were drowned out by the total news cycle domination of the Sony leak, but we have also become increasingly comfortable with the idea that these things happen. In the popular narrative, security breaches are being talked about less and less as crimes and more and more like inevitable glitches in our infinite series of tubes. Hacks are now just one of the many ways we get information: sometimes a tube breaks and candy starts falling out for a few seconds for whoever happens to be nearby. We're starting to expect this as a natural part of life on Earth; like thunderstorms or earthquakes.

On some level, we suspect we are moving towards a future where we can see inside every window all the time; a future where everyone's medical records are publicly available, where we know what everyone looks like naked, whether they're famous or not. But how will we expect ourselves and others to behave in that future, especially once we get used to it? Our actions and words, in tandem with the way we monitor them, are being held to a rapidly evolving standard. We'll know more about what our neighbors do in private — sexual proclivities, how we choose to entertain ourselves — but it will take a lot more to shock us. There is a potentially utopian bent to all this: once everything is known, maybe everything will be accepted. The erosion of the individual's private life could be a symptom of a more tolerant, open-minded society. 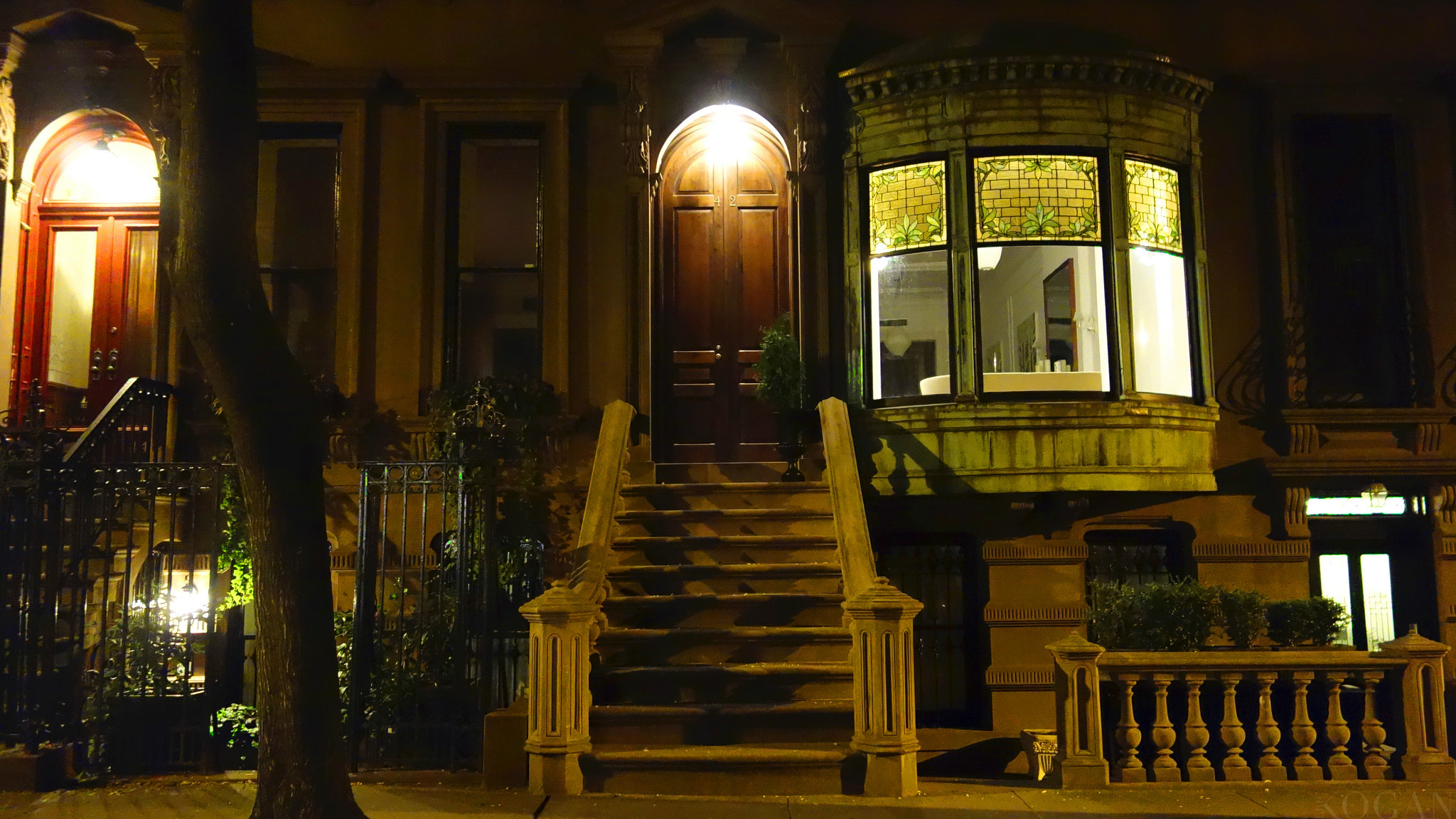 But what about situations where we should get mad? In 2014 we got mad on the internet about a lot of things we saw, many of which we saw on the internet, many of which we wouldn't have been able to see without the internet, many of which we were very justified in our anger over. There were enough things to be angry about that a self-awareness about our anger rose up in parallel to it, a cynical ghost riding in the sidecar of an already totally blasé motorcycle. Something called an "outrage economy" was identified, and those working in it, who were most intimately familiar with its ebbs and flows, could no longer engage in it without a sigh and a disclaimer: "I am aware that this expression of outrage is a part of a larger observed pattern. I am aware that it is not revolutionary to feel this outrage, because I felt something similar to it last week. I understand if you are sick of my outrage. I am kind of sick of my outrage too."

To grow weary of the outrage cycle is totally understandable — I am, emphatically, and I think more and more people will be in the coming year. And yet even the early stages of its defanging feels like a kind of defeat. After all, wasn't all this internet ranting supposed to be a prelude to some kind of real world action? An elusive One True Outrage that would mobilize a generation constantly mocked for its narcissism and apathy to do ... I dunno, something dope?

wasn't all this internet ranting supposed to be a prelude to some kind of real world action?

At my most pessimistic, it's hard not to hear each successive internet outrage as a dying tone ringing in our ears for the last time after yet another deafening blow to our trust in the essential goodness of the world. We'll never feel that outrage with the same clarity as we did the first time. Instead, we'll go analytical, contextualizing the things that make us angry into a larger observed pattern and behave accordingly — this time a professional athlete knocked out his spouse in front of 20 people at a bar, which was like that time a professional athlete knocked out his fiancé in an elevator, we got mad about this before and nothing changed, so maybe we'll conserve our energy this time around. We will see everything, and we will be sedated by our own transparency. Nothing will shock us, and without shock we'll never be angry, because anger is a secondary emotion. 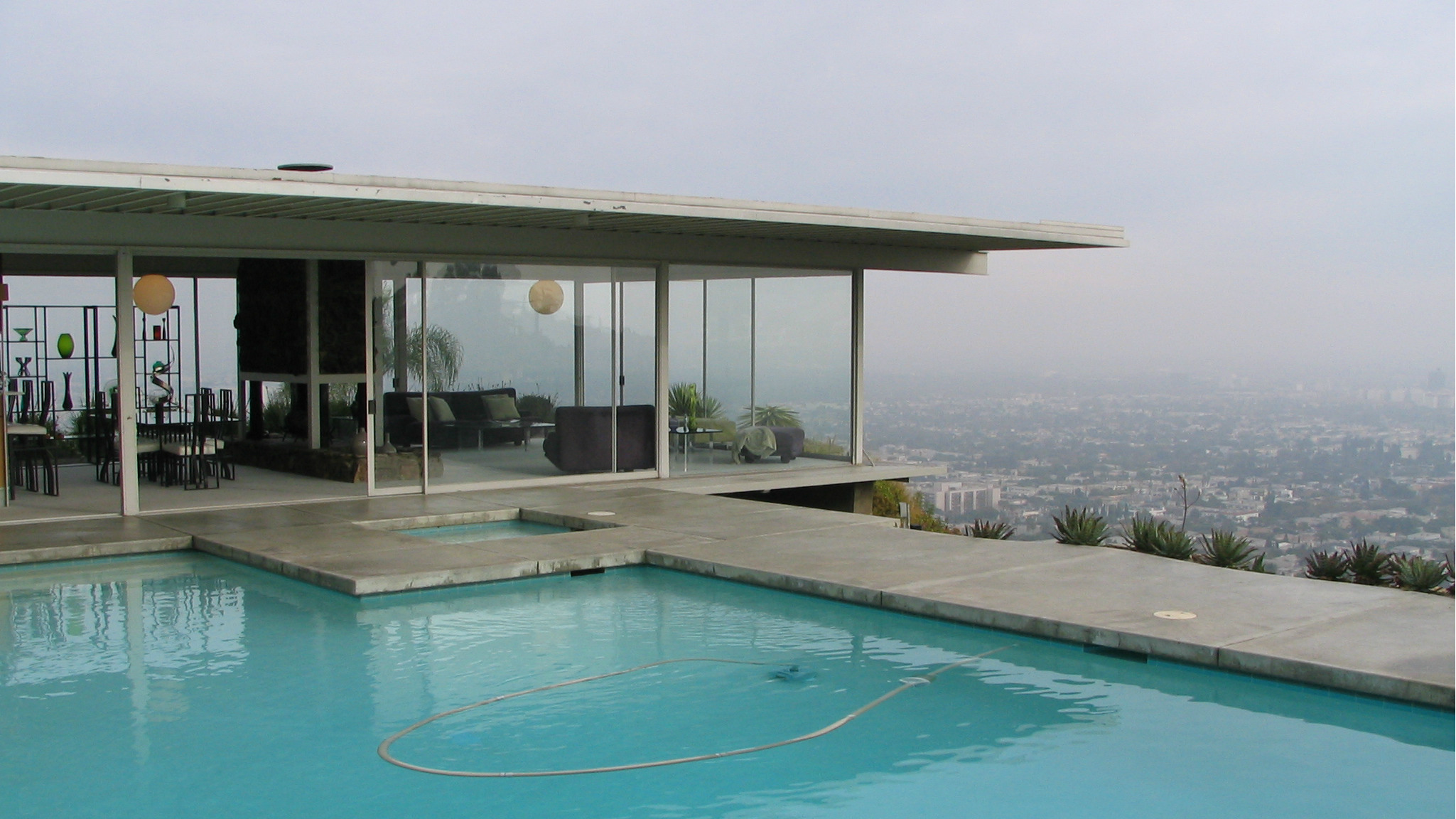 The logic goes that transparency makes everyone accountable. That the distribution of as much information as possible naturally leads to a society-wide system of checks and balances. This was an argument for the public airing of some of the more vitriolic emails from the Sony leak: a peek into a little-seen arena of powerful people making multimillion-dollar decisions with all the decorum of third-graders on a playground. The forced transparency of Amy Pascal's inbox exposed the casual racism and lesser personality flaws of powerful people in the film industry, and made us more informed consumers. But what happens next? Do we not see their movies? Do we petition to get the offending studio heads fired? Or do we just knowingly sigh "Yeah, Hollywood's fucked up" and order two tickets for Chappie on Fandango? And the next time an industry exec is caught with their pants down — do we even muster the energy to raise our eyebrows?

The anticlimactic answer is probably that we wait. The internet and its transparency and outrage are both younger and faster than the people currently in charge of our movie studios and police departments. In most cases there probably won't be One True Outrage; the generation currently at the receiving end of all this information will just grow up to be the ones calling the shots. And they will let what they have seen — chokeholds, interrogation tactics, multi-million dollar bonuses — inform their decisions. That is, as long as they haven't gotten too bored of their own convictions before then. 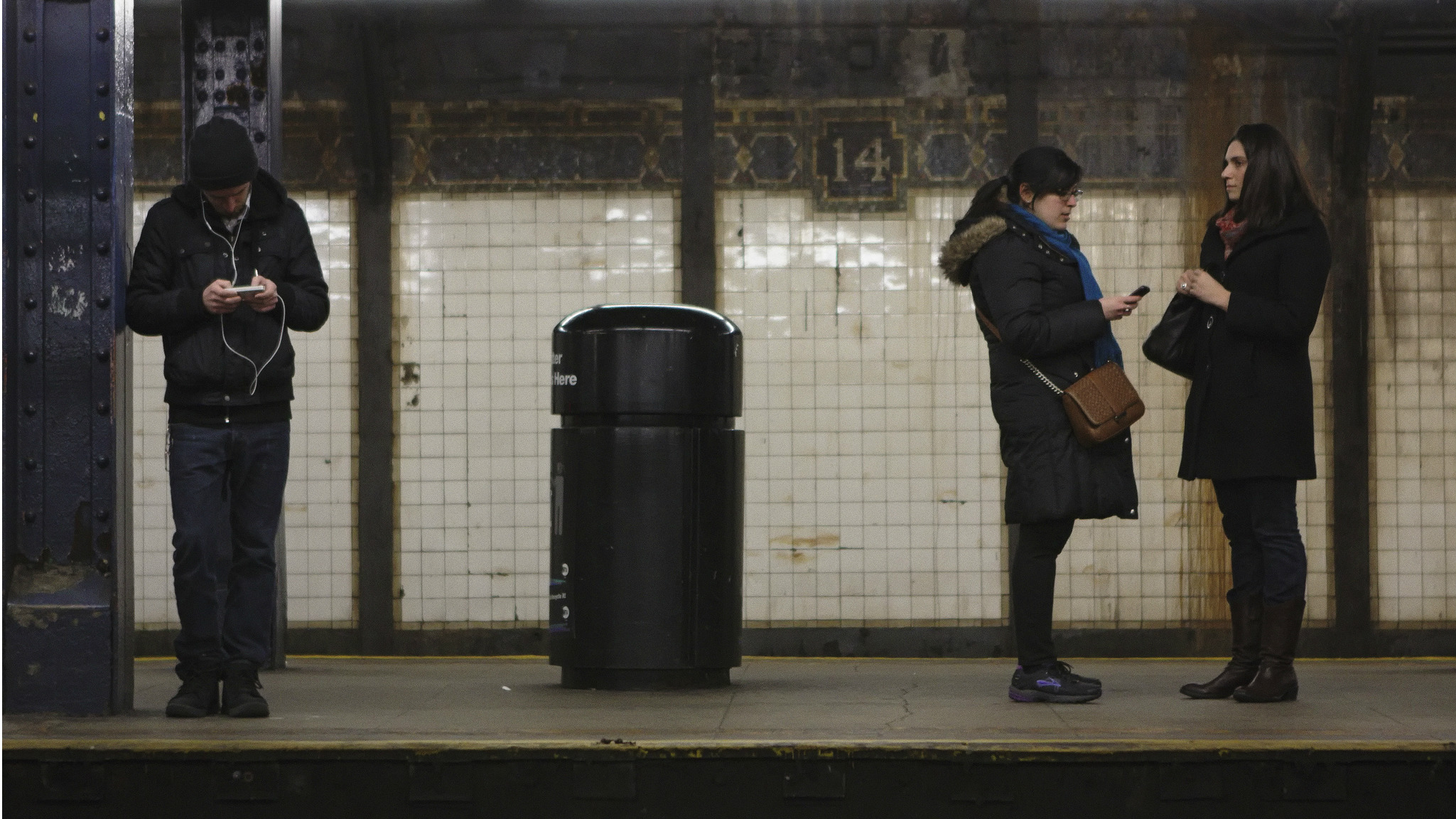 People from New York who move to LA often talk about how they miss the day-to-day interactions with strangers that are so much a part of a city reliant on public transportation. It's a genuinely amazing, if sometimes overwhelming, thing about New York: having so many people from so many walks of life who all get to where they're going in the same series of tunnels and cars and weird-smelling stairwells. It's an equalizer.

But it also teaches you to ignore certain things. Whenever a group of street dancers boards a car, you can always identify tourists just by whoever's gawking and snapping photos. Everyone who lives here has seen this kind of display a million times and doesn't even bother to look, so sure that whatever the performers have to offer is not going to blow their minds even a little. I'm still watching, because I've only just begun torrenting the terabytes of data New York is dumping on me, and I can report that sometimes the dancing is great, sometimes it's a little half-hearted, and it's usually performed for an incredibly diverse group of commuters — all of whom who would rather stare out at the grimy subway tunnel walls then let on that they are interested.

An inevitable side effect of seeing more things, it seems, is finding more things boring. I guess I'll know I'm a real New Yorker when I get bored, too. But I'll also be different — changed by the things I've seen, and with any luck, excited by the next thing I'm learning about. I guess that's why, at least for now, I'd rather be on a crowded train than alone in interminable gridlock.