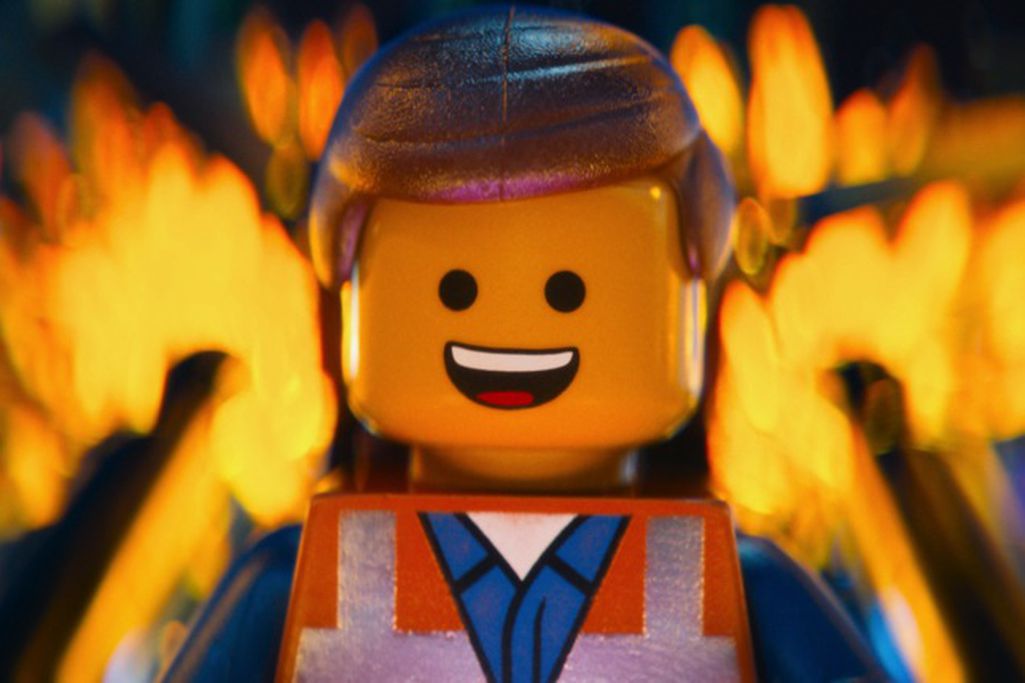 When I think about the house I grew up in — my football-themed bedroom, the big family room, the yard — there are always Lego bricks everywhere. And I’m clearly not alone, because everyone in my packed theater watching The Lego Movie this weekend seemed to have the same experience I did: a 100-minute exercise in nostalgia, rendered in RealD 3D.

It's the first big-budget Lego movie in the company's 80-year history, made painstakingly over five years in concert with writer–director duo Phil Lord and Chris Miller. Its cast list is riddled with A-list actors, its marketing is massive and unavoidable — and it's a shockingly fun, remarkably entertaining movie. Sure, it's an hour and a half of advertising for Lego, but if this is the future of marketing, sign me up.

The movie follows Emmet Brickowski (Chris Pratt), a normal guy with a normal job and a normal life. As soon as he wakes up, he breaks out the instruction manual. Jumping jacks? Check. $37 coffee? Check. Wave to neighbors? Check. He follows the speed limit, works diligently at his construction job, and every once in a while wonders if there might be more to life than this. One night as he's leaving his worksite he meets a pretty girl named Wyldstyle (Elizabeth Banks), and finds a mysterious object called The Piece of Resistance. The one who finds it, it's been prophesied, is The Special: the smartest, most talented, most interesting person in the world, and the one who will save everyone from President Business (Will Ferrell) and his evil plan. But to do that he needs to ditch the instructions and go freestyle.

"Everything is Awesome," the movie's theme and the catchiest song you'll ever hear.

There's only one way to stop lord business 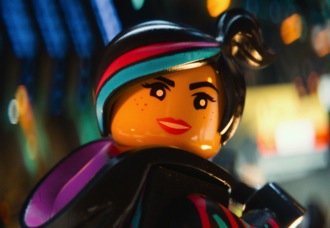 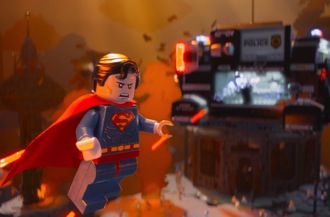 It's not exactly breaking new ground — normal guy learns he's special, saves the world — and it does come with a fair amount of heavy-handed preaching about how everyone is special and we can all be anything we want. Like any good family-friendly movie, there's a love story, there are jokes both obvious and subtle, and there's a surprisingly tender third act. But everything about the way The Lego Movie unfolds feels fresh, with Lord and Miller doing their brand-building duty while simultaneously rolling their eyes at it. Where a movie like The Internship is one long bow at the altar of Google, The Lego Movie frequently cuts to awkward scenes where minifigures can’t quite figure out how to hold hands, or the revered "relics" that are mostly just gross things you might accidentally find in a box full of Lego bricks. It’s loving throughout, but it’s edgy and self-deprecating enough to never feel contrived.

Everything in the movie from elaborate cities to puffs of smoke is made of Lego, and it's all fair game: at one point Wyldstyle builds a motorcycle out of an alleyway in order to escape Liam Neeson's nefarious Bad Cop. It's this build-and-rebuild ethos that makes the movie go — the movie twists and turns relentlessly and often without any warning, as if there's a kid above acting like King Kong and knocking down the tower he's built before starting over on something different. It's a funny, quirky, weird adventure that has fun with the limitations of Legos while making clear that there's nothing you can't do or make with those interlocking blocks. Including spaceships.

"I think what we’ve really found is that Lego is a medium," Michael McNally, Lego's brand relations director, tells me. "It’s not a toy, it’s a medium for other people to tell their own stories and create their own adventures." To tell theirs, Lord and Miller (who wrote and directed 21 Jump Street and the Cloudy With a Chance of Meatballs series) turned to Animal Logic, a well-known Australian effects studio. The result is stunning, a mix of stop-motion and photorealism that left me constantly forgetting and remembering the characters are Lego minifigures with claws for hands and as many personalities as they have outfits.

The world of The Lego Movie is enormous and meticulously detailed, and McNally notes that you could pause the movie at any point and build everything you see. (Lego’s own designers helped Animal Logic with the set and character design.) The film still feels very much like Lord and Miller, though, a constant string of winking references and off-topic pop culture jokes to go with crazy sight gags and physical humor. The cast may be needlessly star-studded — Channing Tatum’s Superman has all of about three lines — but it’s hard to imagine a lesser group pulling off this mix of irreverent and sincere. Will Arnett might be my favorite Batman ever.

It's a movie made for Lego fans of all ages, which McNally reminds me are everywhere: Lego is the second-largest toy maker in the world, and there are even communities of Adult Fans of Lego (AFOL) around the world. "It’s no different from Volkswagen owners or Apple enthusiasts or Disney fanatics," he says. "We have Lego fans." He grants that the movie seems designed to encourage and revive interest in Lego (and to sell bricks), but says that wasn't the point. "A feature film was never really something we set out to make. A lot of people say, ‘Well, toy movies are just designed to sell toys.’ And that’s not something that was compelling to us… it wasn’t like we needed a movie to help us sell more stuff."

Only a cast this good could pull off this movie

It took more than two years for Warner Bros. to convince McNally and Lego to allow the movie, and more than four more to make it. "We didn’t have urgency around it," McNally says. "And I think that was maybe not such a bad thing for either party, because it made us all want to work harder to make sure it was the right film." He says there’s no immediate plan to work on a sequel, though Warner Bros. might have other ideas.

The Lego Movie is one of my favorite animated movies in years, and it left me wondering about that big blue bucket of interlocking squares that’s still in my parents’ house. Suddenly I want to build something.