After 'Flappy Bird' takedown, phones with the game list for thousands on eBay

Share All sharing options for: After 'Flappy Bird' takedown, phones with the game list for thousands on eBay

Miss out on the chance to download Flappy Bird? You may still be able to get the game, but this time, you'll have to pay big for the privilege of playing it: on eBay, dozens of listings have appeared for popular phones with the game already installed on them — an added value that's put a premium on their pricing. While some phones are being offered at only a slight increase to their usual selling price, others are being offered for seemingly outrageous sums, ranging from thousands of dollars to nearly one hundred thousand dollars.

That's a heavy price to pay for a game that was originally a free download and is now no longer supported — meaning it could cease to function at any time. For now, most buyers don't appear to be biting, as few of the phones actually have bids on them. Perhaps that's because Flappy Bird is more frustrating than fun, or perhaps it's because a single app isn't that valuable to the average buyer. Still, for at least a handful of bidders, it appears that a piece of software that's bound to become increasingly rare is already being seen as an item worth collecting. 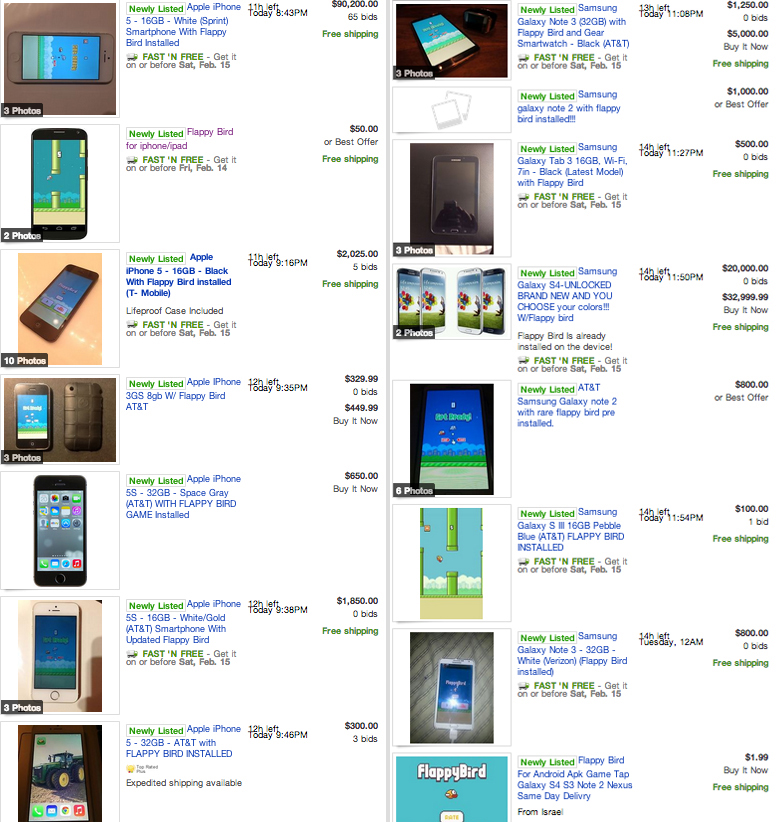