Yesterday marked the 50th anniversary of a seminal moment in television and music history. On February 9th, 1964, The Beatles appeared on CBS' Ed Sullivan Show. They kicked off the program with "All My Loving" and by the time they closed with "I Want To Hold Your Hand," Beatlemania had officially arrived in the United States. In celebration of the big anniversary, Apple has released a Beatles channel on its Apple TV set-top box. Fans can watch the complete Ed Sullivan performance, which clocks in at just over 14 minutes. Thankfully you don't need an Apple TV to do that; the appearance can also be streamed from iTunes.

The Apple TV channel also highlights the band's US album catalog — recently re-released and now available digitally for the first time. Each US edition features both mono and stereo mixes and can be purchased individually or as part of a $119.99 iTunes LP package. For its part, CBS marked the occasion with a star-studded concert Sunday evening, featuring performances by John Mayer, Stevie Wonder, and others; surviving Beatles Paul McCartney and Ringo Starr also took to the stage together. 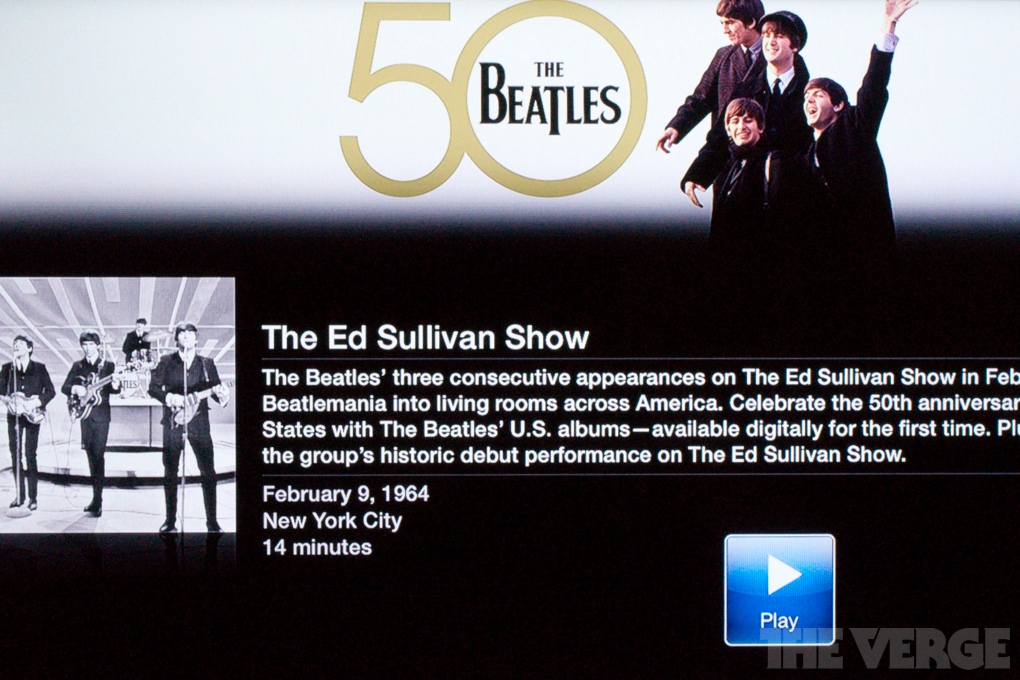