Russian artist and designer El Lissitzky was one of the leaders of the avant-garde art movement at the birth of the Soviet Union. He believed that the artist could be an agent of change, helping to popularize suprematism with stark, unequivocal works, and taking up the position of cultural ambassador to Germany. But it's one of Lissitzky's unrealized concepts that proves the most enduring: his "horizontal skyscrapers." Now architect Guillaume Mazars has imagined a way these unbuilt structures could be built with his concept called "Reveal the absence, the un-built." 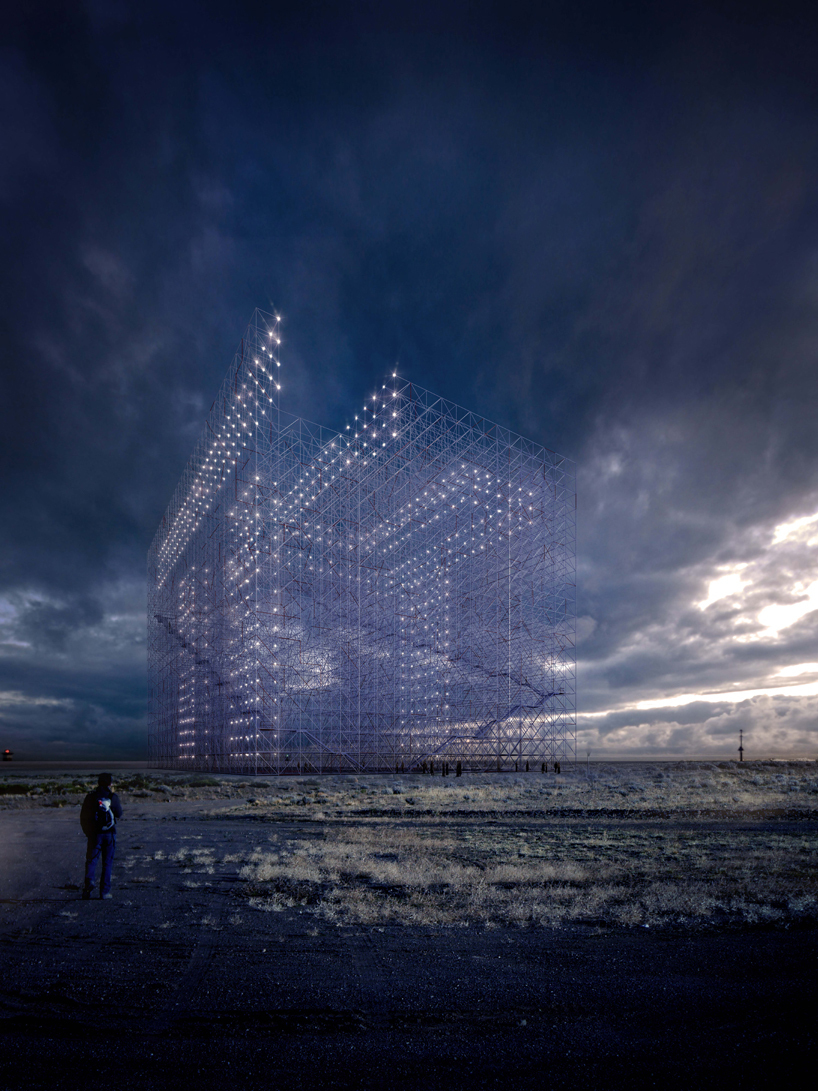 The buildings — called Wolkenbügel, or "cloud irons" — were put forward by Lissitzky as a more natural alternative to typical Western skyscrapers. Mazars' concept images and plans don't suggest building the structures outright; instead, scaffolding would be put in place in the shape of Lissitzky's designs. It would, Mazars says, "reconstruct the spatial presence of [the] El Lissitzky project" without physically reconstructing it, so the imaginary project remains "invisible but perceptible." 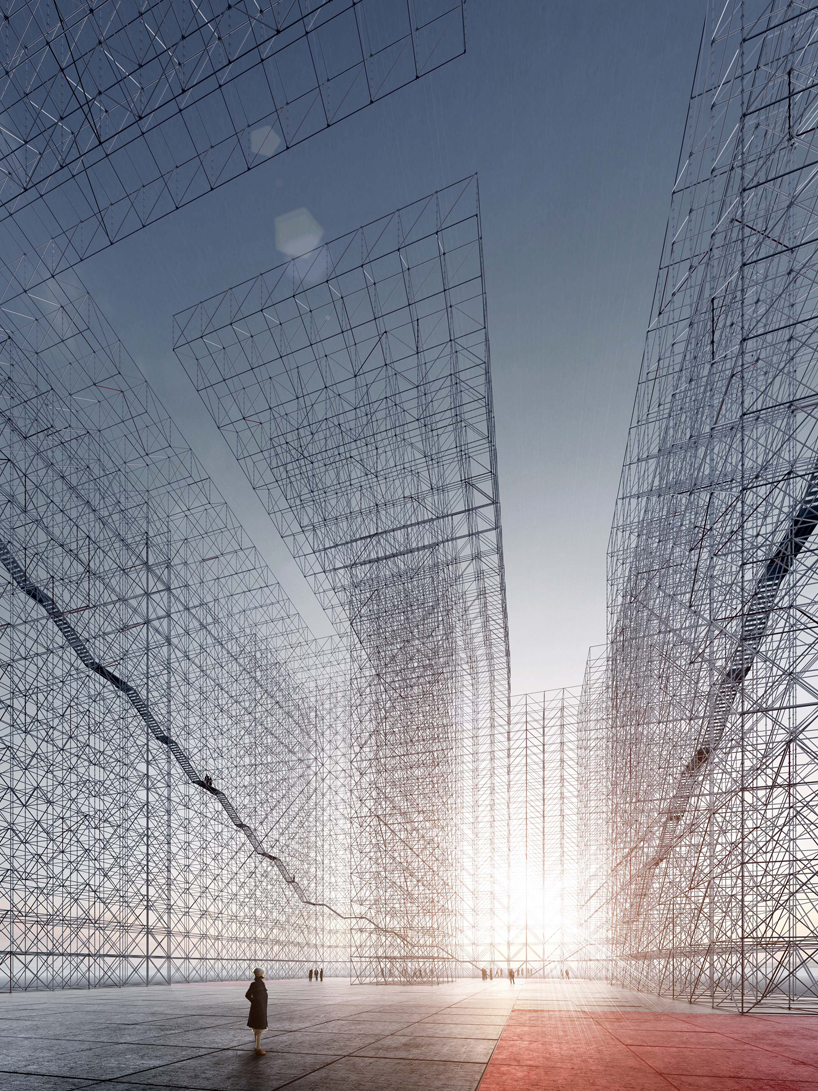 At night, the structure would reveal the shape of Lissitzky's cloud irons with a series of LEDs strung around the scaffolding. During the day, red lines painted on the structural supports would create "a unique graphic composition according to each viewpoint." The concept could be built in Lissitzky's home country of Russia, but as with that designer's actual horizontal skyscrapers in the 1920s, there are as yet no plans to build Mazars' homage.

All images by Guillaume Mazar.