Two alliances team up to win the wireless charging war

Two alliances team up to win the wireless charging war

Why can't you just place your phone on a table and have it wirelessly charge? Until today, there were three competing standards that couldn't agree on how the proven technology should work. The Wireless Power Consortium (WPC), the Power Matters Alliance (PMA), and the Alliance for Wireless Power (A4WP) each attracted a number of powerful companies, but their chargers didn't play nice with one another. With too many "standards" on the table, consumers and businesses have understandably been hesistant to adopt any of them.

That may be about to change. Today, the A4WP and PMA have signed a preliminary agreement to each adopt the other's technologies, effectively merging into a single standard. That leaves Qi as the only other competitor. 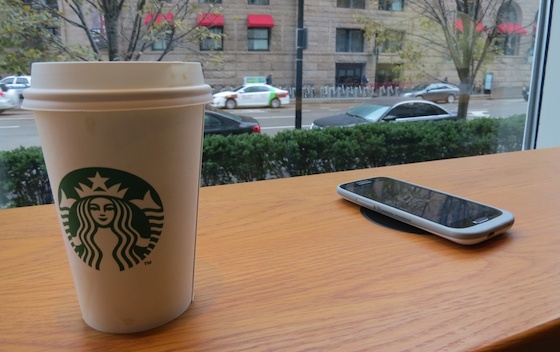 "We saw an opportunity to remove the barrier to adoption."

Technically, it's a little bit more complex than that. According to the presidents of both alliances, the PMA and A4WP aren't completely merging their organizations, and they also won't necessarily be combining their two different charging methods into a single brand like Rezence quite yet. They've simply come to the conclusion that each group had a piece of the puzzle that the other needed. The PMA gets the A4WP's so-called resonant wireless charging spec, which can wirelessly charge several gadgets at once, and without requiring them to be oriented in any particular direction on a charging pad. The A4WP gets the PMA's legacy inductive charging tech, plus cloud-based software infrastructure for managing and monetizing charging points, which could direct smartphone users to the nearest charging hotspot when they're low on juice, and allow Starbucks to let its customers top off those devices with the purchase of a latte.

What both parties get, though, is a leg up on Qi. Originally, the Wireless Power Consortium's Qi standard was the front-runner in wireless charging — attracting device manufacturers like HTC, LG, and Samsung to build phones and tablets with the tech — but over the past couple years the PMA and A4WP have attracted a host of supporters, including Intel, AT&T, Starbucks, McDonalds (via PowerKiss), and The Coffee Bean and Tea Leaf. Qualcomm and Samsung have been playing the field, presumably hedging their bets, but both are founding members of the A4WP. WiTricity, the MIT spinoff that invented resonant wireless charging, is now an A4WP member as well.

The stars are beginning to align for wireless charging tech

The competing Wireless Power Consortium hasn't been sitting idly, mind you, inking deals with PowerbyProxi and Texas Instruments to build its own resonant charging solution, and attracting Verizon Wireless and Qualcomm with seats on the WPC board. But even if we're left with two competing standards bodies, the idea has the potential to snowball now that so many companies are aligned. With upcoming dual-mode devices that support both PMA inductive and A4WP resonant wireless charging, the two cooperating alliances believe the wireless charging market can open up. "Because of the collaboration, you've future-proofed yourself going forward," says A4WP president Kamil Grajski. "There's no reason for anyone to hesitate any longer."

More from this stream From Touchstone to flashpoint: the wireless charging standards war