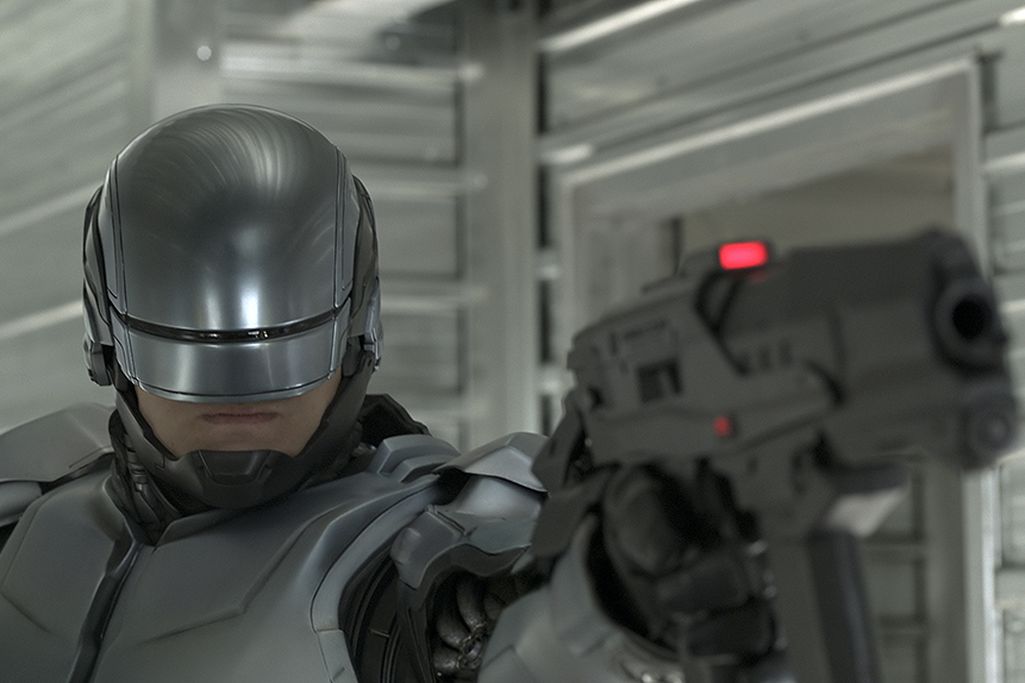 Paul Verhoeven’s RoboCop was a singular work of pop art thanks to its sharply defined future, incisive satire of 1980s commercialism, and the almost comically patriotic idea of a savior being manufactured out of a deteriorating American industrial center. José Padilha’s new update may ultimately be unsuccessful as a remake of that 1987 classic, but it’s far from a failure. By taking a thoughtful look at our ongoing relationship with technology, the new film offers a sophisticated character study that questions the value of peacekeepers whose humanity is, both in real life and on film, becoming obsolete. If it were presented on its own, without the shadow of the original looming over every creative decision, many would be heralding it as a superlative genre entry in its own right.

Living in Detroit circa 2028, Joel Kinnaman (TV’s The Killing) stars as Alex Murphy, a quick-tempered cop who lands in the crosshairs of an arms dealer named Antoine Vallon (Patrick Garrow) when he proves incorruptible and unrelenting. After falling victim to a car bomb, Murphy is transformed into a cyborg named RoboCop at the behest of Omnicorp CEO Raymond Sellars (Michael Keaton), who wants to literally put a human face on the peacekeeping drones his corporation builds. But when Murphy’s lingering humanity begins to undermine his programming, he finds himself embroiled in a battle to retain his identity while his corporate overlords use him as a pawn to manipulate public opinion. 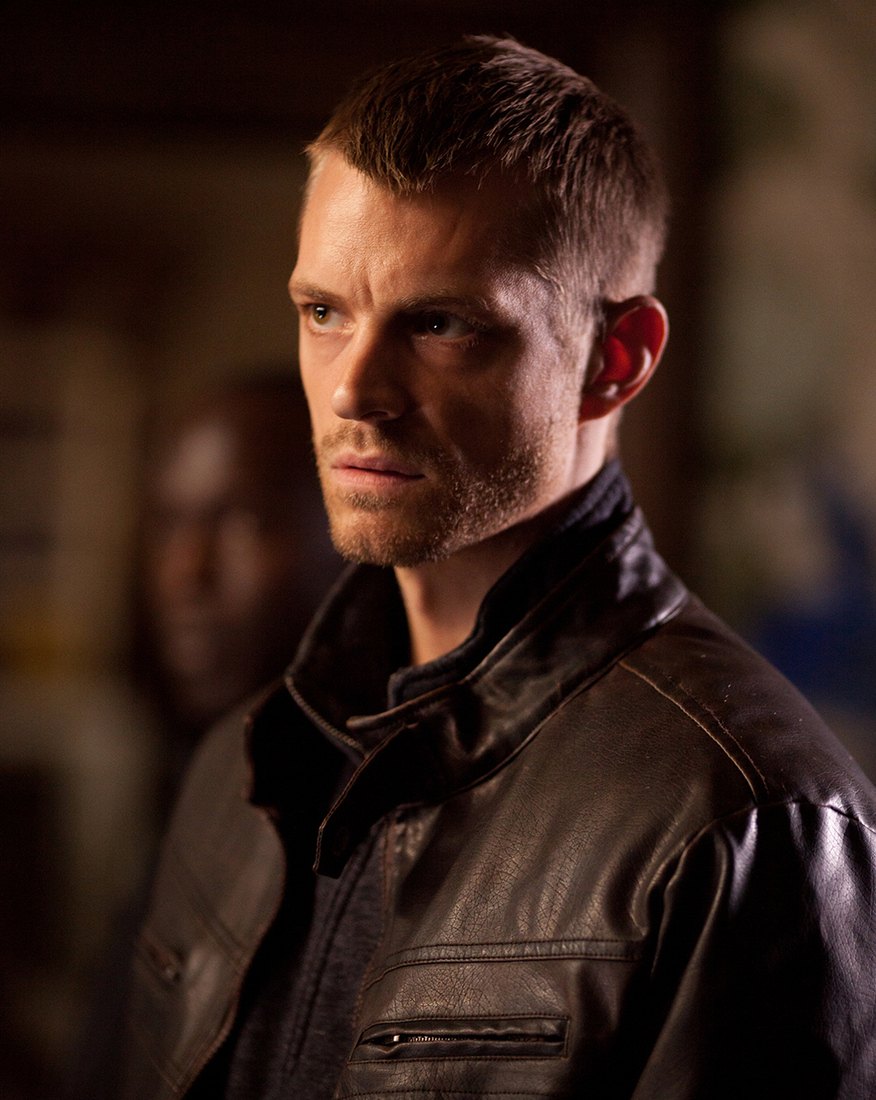 Compared to the original’s slick, darkly funny efficiency, the most significant change Padilha makes is in creating a more measured, meditative emotional journey for Murphy. As wonderful as Peter Weller was in 1987, Kinnaman’s interpretation of the character is more complex and tortured as he’s confronted with the realization he would be little more than a few slabs on a coroner’s table were he not in the suit — but also that he is never truly himself even while he is in it. Where in the first film his transformation took place via an extended montage, here it’s a 40-minute set piece where Murphy discovers what has happened to him, and slowly comes to terms with how Norton and his colleagues have co-opted his identity.

The science of RoboCop is remarkably prescient, engineering a half-man, half-machine that its creators acknowledge is outdated; it’s a step back from unmanned drones that are faster and more precise. But so too are the film’s insights into the symbiosis between corporate and political maneuvering. Sellars builds a device — to him, another product — with the emotional and moral compass of a man, but only to appease public opposition to robotic surveillance and secure a lucrative government contract. Padilha and screenwriter Joshua Zetumer brilliantly observe that in an era where drone strikes and artificial intelligence are already a reality, enhanced strength and accuracy are nominal improvements — and essential human qualities such as compassion are impediments to the sort of efficiency that technology is meant to facilitate. 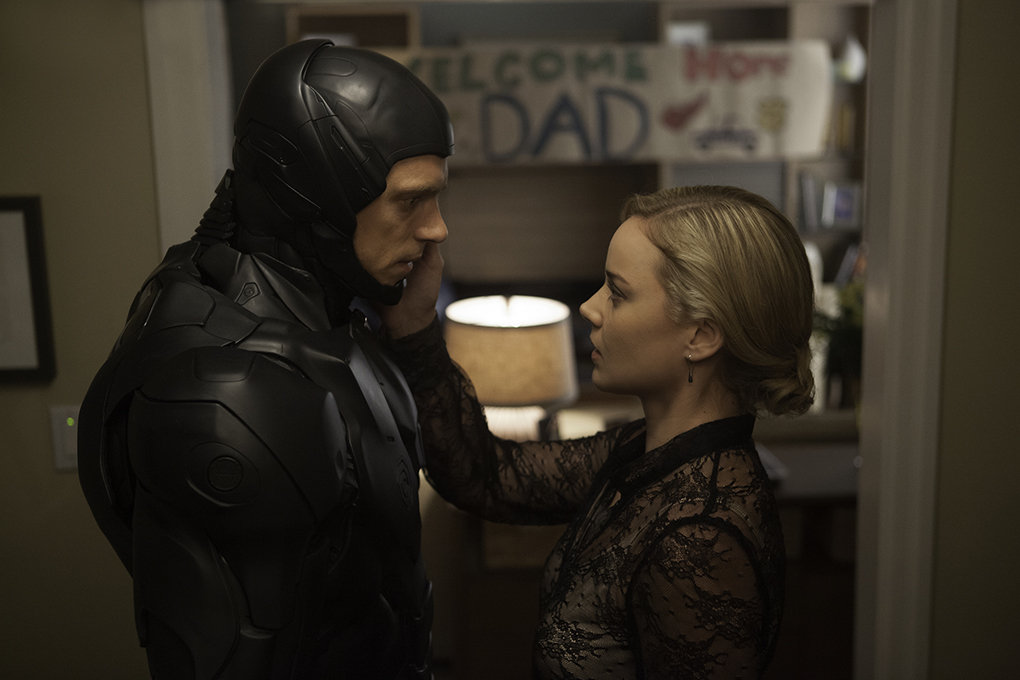 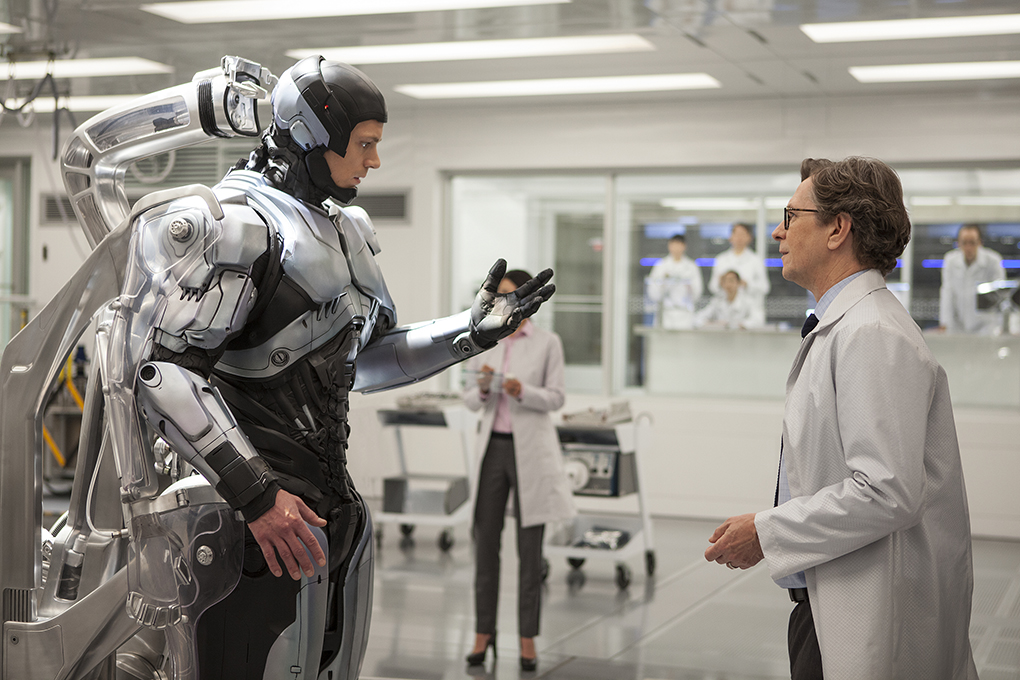 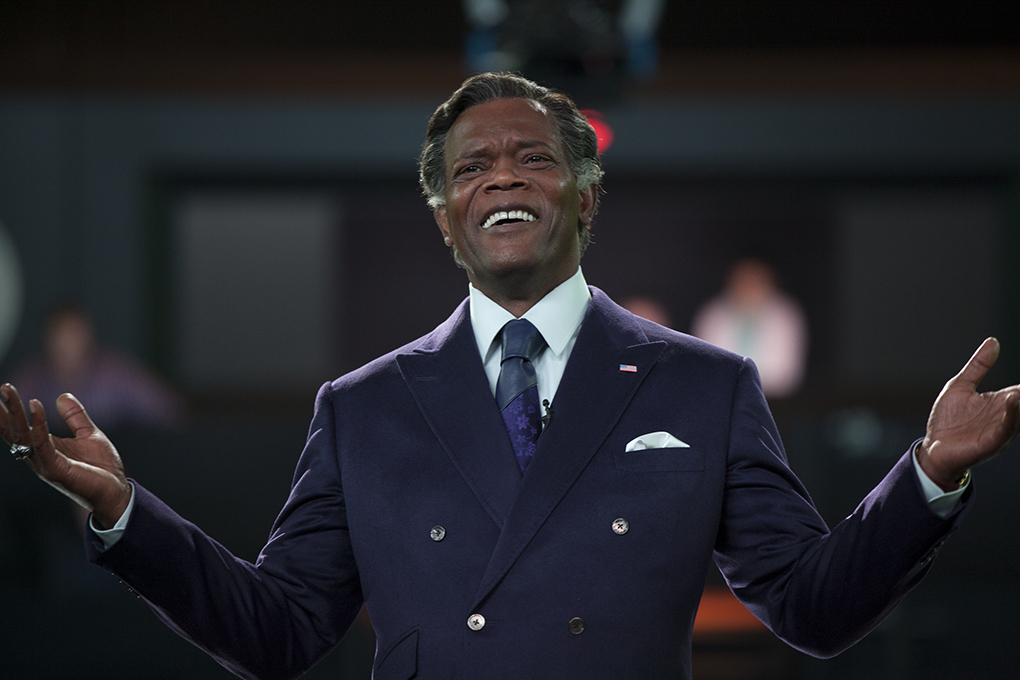 At the same time, Padilha asks the question, When does a man sustained by technology stop being a man? There’s even less left of Murphy in this film than its predecessor — this time he’s basically a face, hand, and pair of lungs — and the character rightly struggles to determine what kind of normal life he can ever experience again. His family not only still exists in this version; they very much wants to see and reconnect with him. But how much of a father can Murphy be to his son, much less a husband to his wife, when he can barely interact physically with them and is due back at a lab to have his blood cleaned?

Do these ideas make it a relevant, thought-provoking film? Indisputably. But do they make it an entertaining one? Not always. Although there is a showdown with some of RoboCop’s automated counterparts — including, yes, the ED-209 — the action scenes in Padilha’s version are few and far between. This feels much more like a meditative character study than an energetic techno-thriller. Gone are the comical advertisements that served as scene breaks in the original, here replaced by the ongoing manipulation of Murphy’s identity by his creators to make him as appealing to consumers as possible. (When RoboCop abandons his programming and decides to pursue suspects in the unsolved case of his own murder, Omnicorp’s head of marketing considers it a publicity bonanza.) Padilha replaces all of the media coverage from the first film with an interactive right-wing television show hosted by Pat Novak (Samuel L. Jackson), whose penchant for actorly exaggeration feels all too similar to our modern day political pundits. In 1987, RoboCop mercilessly satirized the existing media as it grew increasingly polemical, but more than 25 years later, it plays like a forecast of things to come. And for better or worse, that can’t help but feel a little bit less fun.

That said, Kinnaman’s solid, introspective performance helps bring the character to life. Although he repeats a few of the hallmark lines that immortalized the character in 1987, the young actor delivers them with a slightly more humanistic edge: “Thank you for your cooperation” is more of a sarcastic riposte than an automated reply. As the CEO of Omnicorp, Keaton taps into a sort of dark-side Steve Jobs persona that is at once Machiavellian and earnest, determined to conquer the market but convinced that he’s doing it in the world’s best interests.

But that general self-seriousness may simply be a result of the film’s sobering look at what might happen if this sort of experiment were to actually occur, which is admittedly a sort of way-home consolation for never hearing anyone utter the phrase “bitches, leave” or watching a man take a bath in toxic waste. Unlike the original’s glorious, crowd-pleasing triumph, the new film does leave you with the thought, Where does RoboCop go from here? Even if he vanquishes all of his foes, he still has to face himself — to survive as a political symbol and technological anachronism, but never again as a human being.

Seeing the inescapability of the situation, Dr. Norton says apologetically, “We have failed Alex Murphy.” But in acknowledging the culpability of his creators, and exposing the character’s uncertain future, José Padilha has not. Mind you, that doesn’t make the 2014 RoboCop a great film. But it makes for a much more interesting product than anyone expected — a remake that for once doesn’t feel like it rolled off of an assembly line.