The end is just the beginning

Flappy Bird is gone. The mobile gaming sensation was pulled from both the iTunes App Store and Google Play by creator Dong Nguyen, but in its place an army of clones has arrived. A quick search for "flappy bird" in the App Store, for example, brings up names like Splashy Fish, Fly Birdie, City Bird, and Flying Flappy Unicorn Bird.

Most of these games are simply reskinned versions looking to capitalize on the surprising popularity of Flappy Bird, letting you play the same exact game, only with characters like doge or a piece of poo in place of the bird. Soon you'll even be able to play as members of the band Fall Out Boy, and the developers behind games like Super Hexagon and Canabalt have made their own homages. But there are plenty of other games that take Flappy Bird's simple concept and reinvent it in intriguing new ways. Here are some of the best. 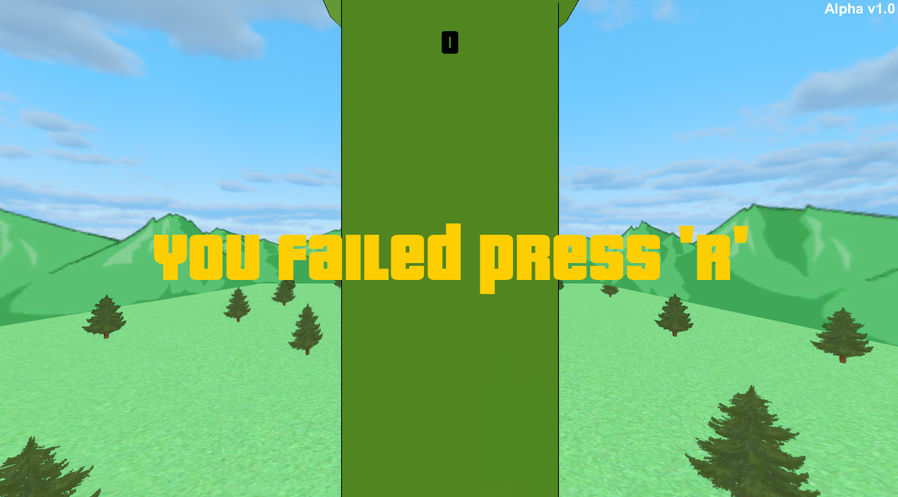 The name really says it all. What if the 2D side-scrolling Flappy Bird was instead a 3D first-person game? If this game is any indication, the result is as disorienting as it is challenging. The game doesn't feature randomly generated pipes to avoid like in the mobile game, but that doesn't make it any easier — in fact, Flappy Bird might be even more difficult from this perspective. If you're feeling particularly daring, there's also a version for the Oculus Rift.

With its pixelated visuals, Flappy Bird is already pretty retro. But for the developers at TACS Games, it wasn't quite retro enough. Flappo Bird reimagines the game for the Atari 2600. The hardware limitations mean that, instead of a smooth side-scrolling experience, the game is made up of a series of different screens, each featuring just one or two pipes to avoid. "Going in with such a simple idea made building the game very easy," says developer Thomas Hopper. "It only took a couple of hours to build once I'd got the tools set up." You'll need an emulator to play it, and Flappo Bird is available as a pay-what-you-want download. 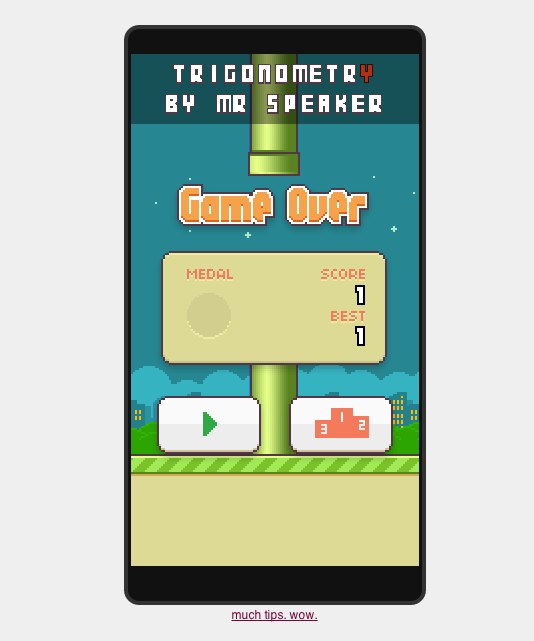 Flappy Bird's crazy difficulty is a large part of its appeal, but this typing tutor take on the concept makes things ridiculously hard. Essentially, you'll need to type words as they appear on screen to make the bird fly, and then stop typing to make it drop back down. Using this technique to actually navigate the rows of pipes in your way is incredibly difficult — it's a lot harder than simply tapping the screen to fly. On the plus side, you can check out Flappy Bird Typing Tutor for free right now in your browser. 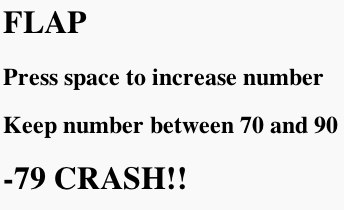 The most abstract of all Flappy Bird clones comes from Darius Kazemi, the mind behind Two Headlines and Random Shopper. This text-only version only requires one button to play. In order to avoid the pipes — which, of course, only exist in your imagination — you continually press the space bar in order to keep a steadily decreasing number in between whatever two numbers appear on screen. Fail to do so, and you'll crash. And you'll crash a lot. 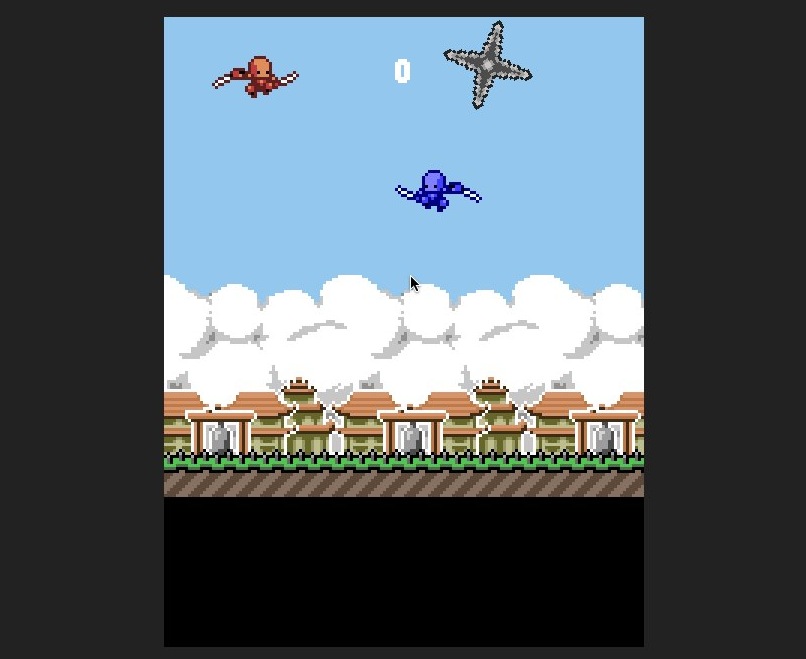 If there's one theme among these games, it's that they manage to up the difficulty of Flappy Bird to a whole new level. For the browser-based Ninja Flop, it does this by adding in flying ninja warriors and ninja stars. The core gameplay is virtually identical to the mobile original — you click on the screen to make your ninja hero fly, and stop clicking so that he'll drop back down to earth. But navigating a screen full of flying warriors and weapons proves to be a a more difficult task than avoiding stationary pipes. 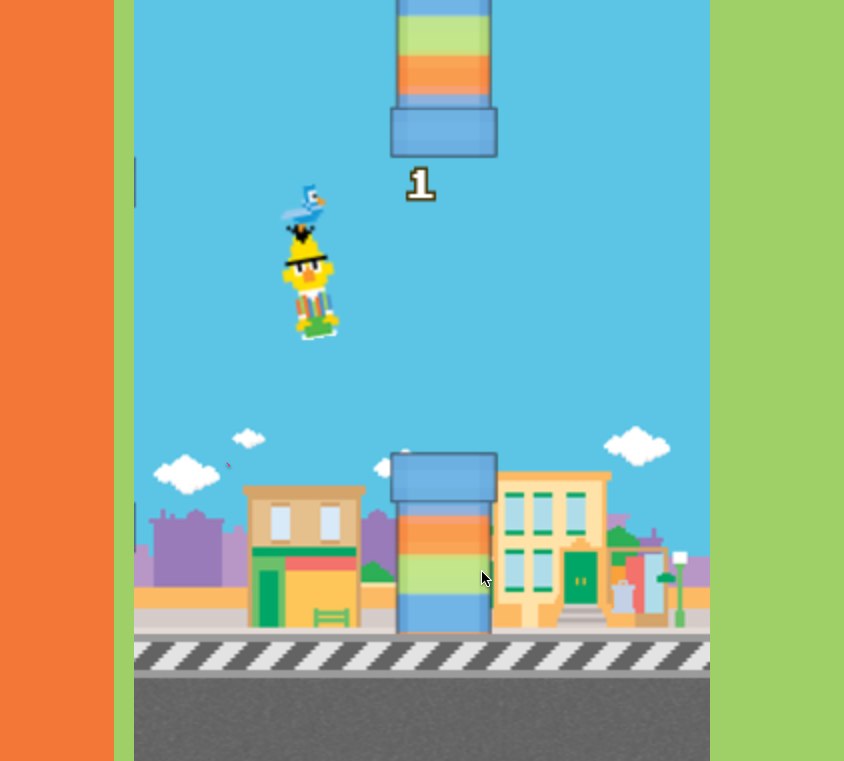 Everything is better on Sesame Street. The popular children's show has gotten in on the Flappy Bird craze, with a game that puts you in control of Bert — he's able to fly thanks to a little bird perched on his head, and when he crashes he yells out "Ernie!" It's actually quite a bit easier than most of these games, but best of all it's multiplatform. The browser-based game works on your desktop or mobile device, letting you flap through the multicolored world wherever you are. 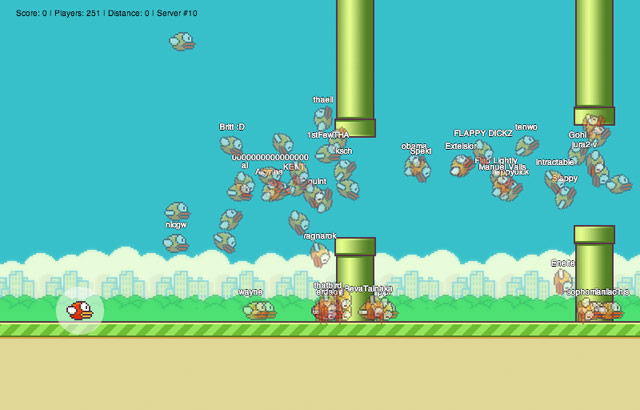 Flappy Bird and its many clones are all solitary experiences, but what if you could enjoy the game with other people? Flap MMO turns the game into a multiplayer online experience — and it's as chaotic as you'd imagine. 300 other birds appear on screen, sort of like ghost versions in a Mario Kart race. You can watch them flap and die in real time. And given just how hard the game is — the distraction of hundreds of birds on screen adds an extra challenge — you'll be seeing lots of deaths. Unfortunately, the game has also been experiencing some technical difficulties, so you may have to wait before flapping with friends.

More from this stream The extinction of 'Flappy Bird': the rise and fall of a frustratingly simple mobile game