Nokia’s not exactly hiding its ambitions with the Lumia Icon, the new $199 5-inch phone it’s launching on February 20th with Verizon. "We want people to really remember this product," Ifi Majid, Nokia’s president of North American marketing, told me. It has no codename, no number: it’s just Icon. The 5-inch device is meant to make clear that Nokia builds phones better than anyone on the market, and that the Windows Phone software it runs isn’t nearly the detriment it once was. This is Nokia’s flagship phone on America’s largest carrier, with a great camera and specs as impressive as the Windows Phone ecosystem has ever seen.

Like virtually every Lumia, the Icon is incredibly well-made: a round rectangle with aluminum sides and a subtle curve on the screen’s glass that makes my thumb flow smoothly over the surface. It takes its machinations and premium feel from the Lumia 925, its essential shape from the 1020. It feels sturdy and rigid, metallic and impressive. It has built-in wireless charging, a big 2,420mAh battery, and the dedicated camera button I’ve come to love from Nokia’s phones. 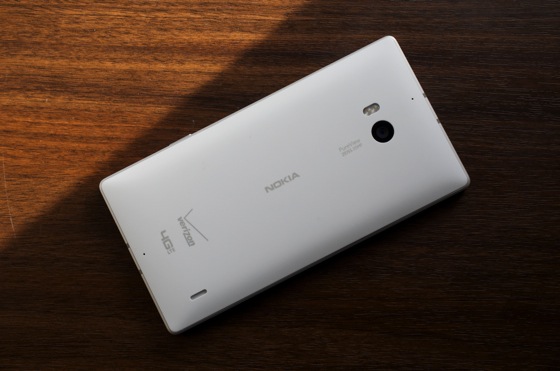 The Icon is incredibly well-made, but not well-designed

But it’s kind of ugly. A thinner, lighter version of this design might be quite striking, but the Icon’s slightly bulging back, and its 0.4-inch-thick, 5.86-ounce body feel big and bulky. Its size is a nice middle ground between a 4.5-inch display like the Lumia 1020 and the hulking 6-inch 1520, but this is still a very large phone. The buttons on the sides feel a bit mushy, and the white polycarbonate back on my review unit is already starting to discolor after only 24 hours. (The Icon also comes in black, and if it's anything like the Lumia 925 black will be the much better color.) It feels like Nokia’s initial ideas for the Icon’s design were exactly right, but wound up compromised as it had to contend with battery life, processing power, and the wireless radios that now transmit through two awkwardly visible lines at the top and bottom of the device.

The 5-inch, 1080p display is really beautiful, with gorgeous and vibrant colors that seem to pop off the Gorilla Glass 3 screen; the viewing angles are oddly imperfect, yellowing a bit as I tilted the screen and giving everyone in the movie I was watching the appearance of having jaundice. It also has a surprisingly loud speaker, enough so that my roommate jumped when I started playing music. 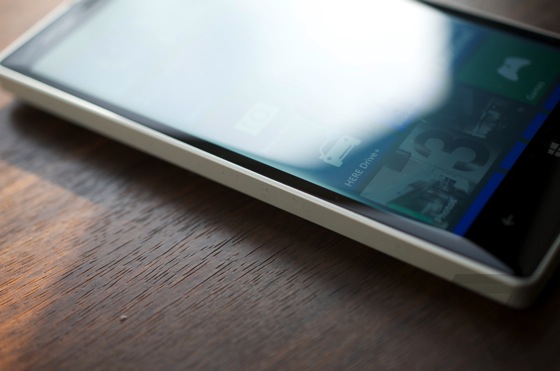 The real focus of the Lumia lineup has always been on its cameras, and Majid had plenty to say about the Icon’s as well. It’s a 20-megapixel PureView camera, the same setup as the 1520. (The tagline for the device is "see what you’ve been missing.") In my day with the device so far, it takes very good pictures, and with so many megapixels to play with it has some of the same benefits as the 1020 — you can recrop and reframe photos after the fact, and share a half-dozen different shots from just taking one. But the camera’s still slower than I’d like despite the Icon’s fast Snapdragon 800 processor, and the huge amount of processing the phone has to do with every photo clearly trips it up a bit. And, oddly, there's no Xenon flash, the photo-friendly feature of Verizon's old Lumia 928 that makes lighting your subject much more natural.

Imaging, as always, is the primary focus of the Lumia Icon

It also shoots 1080p video with what Nokia calls "high-performance audio microphones." There are four mics on the Icon, which are intelligently recording directional audio to both aid noise cancellation and simply capture better audio. Some mics engage when you’re talking into the speakerphone, others when you’re recording video. The idea is an evolution of what Nokia's done with the PureView 808 and the Lumia 1020, and it worked quite well on those devices. Here, video looks beautiful, and the audio does sound better than your average smartphone, though it’s hard to say at first glance whether either one is a true leap forward. 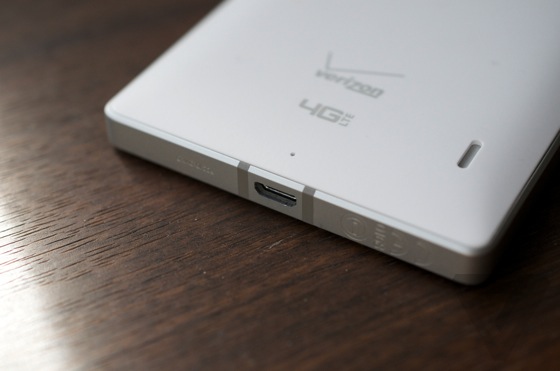 Windows Phone still fights an uphill battle, but Verizon could be a huge asset

Good and bad, the Icon is clearly the best Windows Phone device on Verizon. But Windows Phone’s problem has always been its software and app ecosystem, not its hardware. Majid says the Icon is in part designed to show off that the Windows Phone 8 app gap is much smaller than it used to be. And as Instagram and Facebook's excellent Beta app have made their way to the platform, there’s no doubt the platform has made strides, but whether or not that’s enough to truly catch up is another question. It’s also a canvas to show off the ever-improving Windows ecosystem of apps, from SkyDrive and Skype to Xbox and Office. Verizon customers, Majid said, need a great way to see what Microsoft and Windows can do. That comes back to the name: "We wanted reps to remember the device," he tells me, "to talk about the device."

This is a big swing for Nokia. It’s working closely with Verizon to get the $199 Lumia Icon in front of as many people as possible, and Majid tells me Microsoft’s marketing for Windows Phone is about to spike. But for third-place Windows Phone, the stakes are high, and they’re clear: Verizon, Microsoft, and Nokia need to create a device that’s truly iconic. We’ll have more to say in the coming days about this device, but after 24 hours with it I’m left unconvinced.