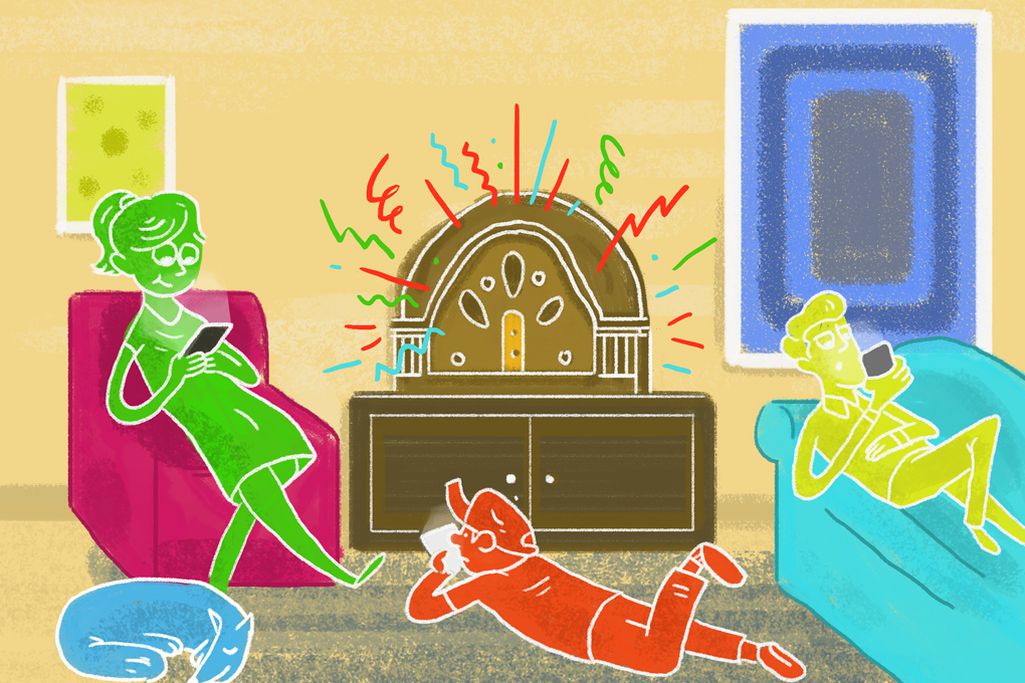 Before Facebook, before the internet, before cellphones and TV and even FM radio, there was AM radio. Entire families would gather around elaborate refrigerator-sized receivers and bask in the warm glow of vacuum tubes as news, music, and entertainment poured from the only source of broadcast content in existence — NBC, ABC, and CBS were all on AM before they were on TV. Amplitude modulation operated at the very core of American culture.

But in America we have a bad habit of eviscerating the past. Radio broadcasters, once a vital part of American culture, have been shedding listeners for decades — the mass transition to digital media has been particularly brutal for the AM band, where listenership against FM audiences is at a record low of 15 percent. Predictably, there are only a few people that care about this impending extinction — but one of them just happens to head the Federal Communications Commission.

FCC Commissioner Ajit Pai grew up listening to high school basketball games on KLKC 1540AM in his native Parsons, Kansas. It’s not hard to envision the son of Indian immigrants actively becoming more American as he participated in this aural ritual practiced by generations of homebound sports fans before him. AM’s low fidelity makes it relatively unsuitable for music compared to FM; this has traditionally made it a home of hyperlocal talk-radio programming, particularly when it comes to sports and community news. The AM band is still home to 90 percent of all news and talk programming.

But listening to AM radio in 2014 can be an exercise in frustration. When amplitude modulation was developed in the early 1900s there was little else in the air to get in its way. Now we have iPhones with as many as eight transmitters onboard, pervasive Wi-Fi, and military communications in the mix. Non-digital machinery like cars can also wreak havoc on a signal: you can usually hear the RPMs of your motor fluctuate clearly with in-dash AM receivers, whining up and down with each gear shift. Even nearby lightbulbs can make an otherwise-clear broadcast sound like garbage — that’s because almost any AC-connected appliance radiates frequencies below the 30MHz band, which is also where AM lives. High-powered ESPN and Radio Disney affiliates can usually be heard clearly, but the nostalgic core of AM — those small-town stations like KLKC — are increasingly marginalized by the massive financial, technical, and legal costs of operating a licensed transmitter.

This is where having an AM junkie like Pai at the head of the FCC gets interesting: he’s letting his nostalgia for the antiquated band leak into his policy decisions.

A Pai with a plan

On October 29th, the FCC published a set of guidelines it hopes will “revitalize further the AM band by identifying ways to enhance AM broadcast quality and proposing changes to our technical rules that would enable AM stations to improve their service.” There are six core proposals in the FCC’s Notice of Proposed Rulemaking (NPRM 13-249): the first is to allow AM broadcasters an exclusive opportunity to file for an FM translator — that is, to take their existing signal and rebroadcast it into the more widely consumed FM band. Easy enough to understand. 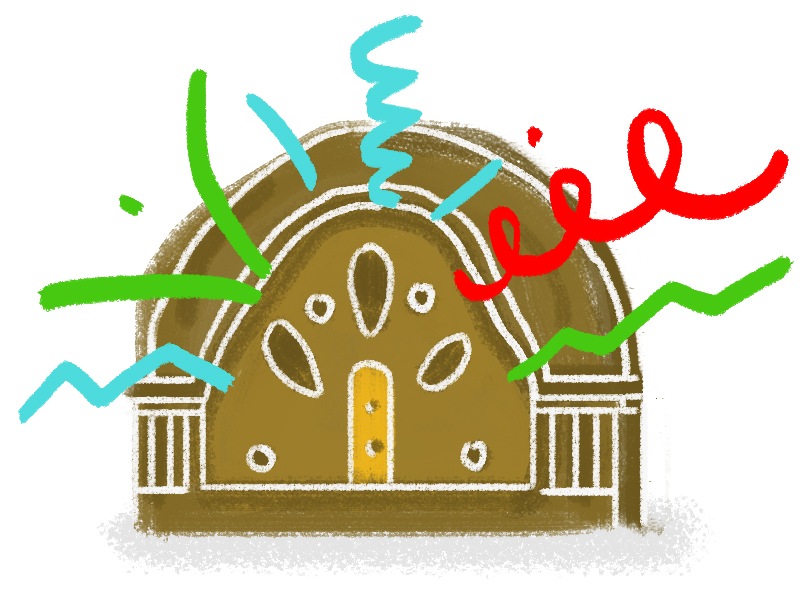 In its first 50 years, AM was a large enough player in the media landscape that it required lots of technical regulations to keep stations from interfering with one another’s signals while simultaneously serving their communities with adequate signals. Advertising money was pouring in, and business was big enough that it could support a large and robust engineering workforce to ensure compliance with all those regulations. Now that its audience is relatively microscopic and competition is low, those regulations need to be relaxed to make AM a viable medium, especially for minority and rural (read: small-budget) broadcasters to be able to effectively serve their communities.

If the FCC doesn’t adopt these rules, or something like them, the AM band may simply be too big of a hassle for Americans to both produce for and listen to. In a comment filed on the FCC’s proposed guidelines, Leigh Ellis, the owner of WAKE 1500AM in Porter County, Indiana said: “As helpful as some of these proposals in the NPRM might be, they may not … achieve … a noticeable change in the AM services long-term.”

Ellis is one of the many small-market station heads that filed official comments in support of the proposed changes to the AM band itself, but he’s also resigned to the fact that their businesses will probably be untenable if they don’t get an FM translator as well. Even if every AM listener in the country could hear any local station they wanted to perfectly clearly 24 hours a day, the fact remains that there just aren’t very many people hitting the “AM” button on their tuners these days, and there’s almost nothing anyone can do to change that trend. So what we end up with is proposed legislation that mostly aims to aims to enhance the AM programming band by turning it into FM programming.

Digital, or “HD” AM transmission is something we’ve been hearing about for more than a decade — but most of us have never actually heard it. Like digital TV, it sounds better, but requires stations to buy new transmitters and listeners to buy new receivers — and unlike TV’s transition to digital, there are still legal barriers to rolling out all-digital broadcasts. The National Association of Broadcasters commented on their ongoing experimentation with digital AM broadcasts, but pointed out inherent regulatory challenges: “Deployment of all-digital AM radio service would require a change to the commission’s rules.” After spending so much time in technical and legal beta, digital AM seems more like an expensive, niche destination than a viable alternative to its analog ancestor. 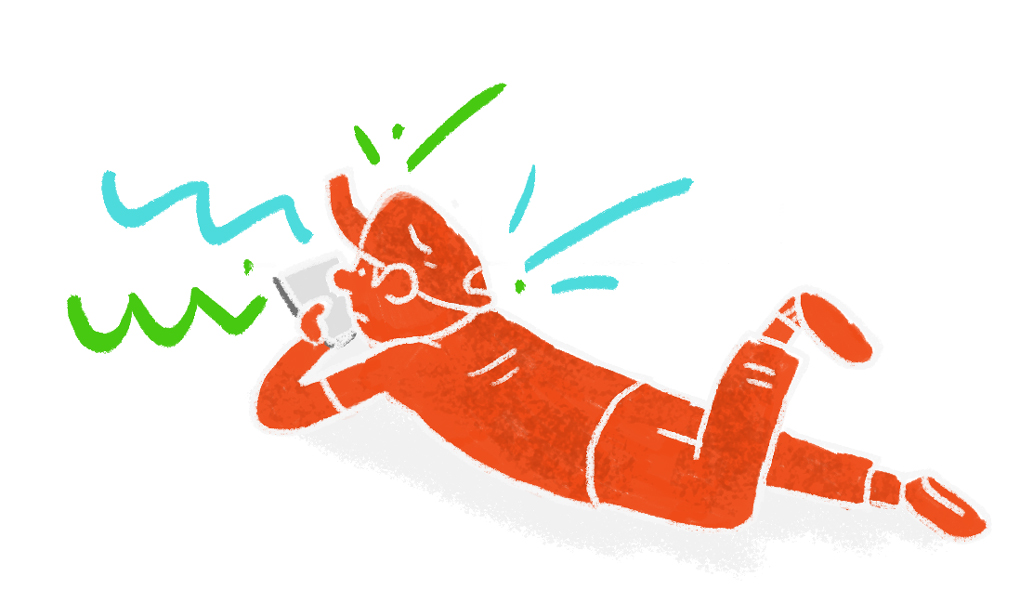 If you can get away from the dense fog of interference that hangs around urban areas, there are still plenty of transcendent moments to be had with AM radio. Rural listeners with a good receiver (like the amplitude modulation-specialist Tivoli PAL) can pull in signals that are full of otherworldy warmth and human depth — when it’s engineered well, and heard in the middle of nowhere, that low-fi signal can feel like the voice of God. It can also serve as a way to connect you to a hundred years of cultural history, as the sound hasn’t changed much since it was introduced. But since the efficacy of NPRM 13-249 is hinged on FM translation of AM programming, it certainly doesn’t feel like the AM band as a medium itself is going to be a viable platform much longer.

When it’s engineered well, that low-fi signal can feel like the voice of God

If there is one thing that will keep AM alive in the coming centuries, it’s simplicity. It’s not difficult to envision some future world where all of the communications technology we take for granted today are decimated by forces either in or outside of our control. In the aftermath of Hurricane Sandy, the only source of broadcast news on Long Island was WALK 1370AM — battery-powered radios are by far the most commonplace emergency-news appliances we have, and they’re operable during power outages, unlike most home networks or televisions. AM signals are also our most bombproof way to communicate over long distances. Because they reflect off the Earth’s ionosphere, signals from the USA can be bounced to Europe with a simple, almost instantaneous hop. You certainly can’t say that about the internet, or even about an overseas phone call.

But in the event of AM radio’s likely demise, I can see a possible future of eventual deregulation and endless creative opportunity. Like a boom town that’s lost its commercial appeal, the AM band may eventually return to the Wild West feel that it had when it was first deployed in the early 1900s: a low-rent haven that artists and other cultural opportunists will inhabit and reinvent for their own devices. Imagine an instant, global communications medium free of regulation: it sounds a lot like the internet used to be.