Alien Earths: why life on other worlds would be far weirder than us

And you thought your planet was strange

Share All sharing options for: Alien Earths: why life on other worlds would be far weirder than us

Last month, the American Astronomical Society's 223rd meeting featured the announcement of a few breakthroughs: Using the Kepler space observatory, researchers had discovered a planet roughly the mass of Earth orbiting a star beyond our solar system, and with the Hubble telescope they had provided the first detailed look at the weather of a "super Earth" — a planet larger than ours but smaller than Neptune — in our galactic neighborhood. Astronomers found that GJ 1214b, like much of the Earth on any given day, is cloudy.

These similarities to Earth are tantalizing. But despite them, these planets' respective solar systems look nothing like our own. Rather than circling a big, hot, yellow sun like ours, they spin around small, cool, red stars called red dwarfs. Kind of like Krypton. Although not visible to the naked eye from Earth, these red dwarfs are the most populous stars in the Milky Way. And over the last year, a flurry of research has shown that red dwarf stars are also the best targets in the search for exoplanets that might support life. Right now the chances that a red dwarf star has a planet orbiting in its habitable zone, an astronomical goldilocks area neither too hot nor too cold for liquid water, are better than for a star like our sun. Research also suggests that these planets (and maybe life on them) behave in ways that, from our Earth-centric view, seem bizarre.

"The first planet on which we'll be able to discover signs of life is most likely going to be orbiting a red dwarf," says Courtney Dressing, an astronomy graduate student at Harvard.

Dressing and her advisor David Charbonneau kicked off the series of recent discoveries last February with a look at data from NASA's Kepler telescope. Using what Dressing calls "conservative" estimates for the habitable zone around red dwarfs, they came up with an occurrence rate of 15 percent — meaning that one in six of the most common type of star in the galaxy had a potentially habitable planet. That's no small result, but it proved to be only a starting point.

"I just jumped out of my chair."

"I thought that particular number was pretty low," says Ravi Kopparapu, a researcher at Penn State. He recently published a paper that more than doubles the habitable zone boundaries that Dressing and Charbonneau estimated. "I just jumped out of my chair," Kopparapu recalls. "No matter how many times I did it I got the same number." According to Kopparapu's findings, first submitted in March, around 50 percent of red dwarfs should have a planet in the habitable zone. A consensus was forming: a study by Eric Gaidos at the University of Hawaii study soon came up with a similar number, which also matched a 2012 European paper. 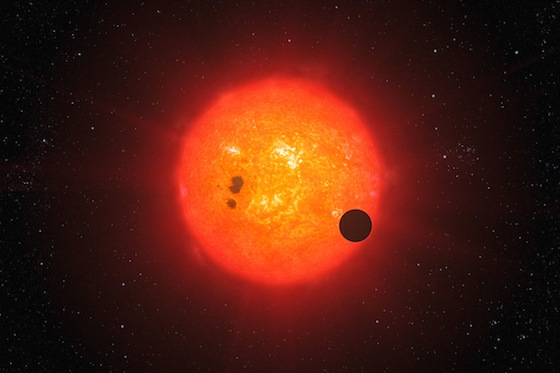 But subsequent research from Cal Tech's Tim Morton and Jonathan Swift, which appeared right after Kopparapu's in March, suggests even more habitable planets around red dwarfs. To find out exactly how many more, the two looked at the original numbers from Dressing and Charbonneau, and revised them based on the original study's "completeness."

Accounting for completeness, according to Cowan, "is like a dark art." Finding it requires that researchers first take a close look at results, in this case the number of habitable-zone planets circling low-energy stars. Then, given what they know about how good or bad the approach was, account for the number of planets that weren't found. It's akin to taking the US census and extrapolating the total number of undocumented workers in the country, or any other group unlikely to participate, from the few who did.

"Starting to get really close to a hundred percent."

As it turns out, the small planets with long orbits that Kepler was finding were the ones it was least disposed to find. Morton and Swift adjusted the numbers in Dressing's original paper and came up with an estimate of 30 percent occurrence. They then took into account Kopparapu's extended habitable zone, and came up with an estimate Cowan says is "starting to get really close to a hundred percent, where for every [red dwarf] out there you should expect there to be a habitable rocky planet."

Furthermore, research exploring these planets suggests weirdness — and lots of it — in what life they might harbor. For instance, the dim light coming from a red dwarf may not be enough for plant photosynthesis like on Earth. This may lead plants to be black instead of green in order to absorb more available light.

Even weirder, these planets likely don't spin as they orbit. Since red dwarfs are smaller and cooler than the sun, planets circle them at close range, creating greater tidal forces than on our planet. While the tidal force on Earth moves the ocean up and down a few meters, that force on a red dwarf planet would be so strong it'd gradually slow down the rotation of planet completely. The result? One side of the planet would face its star in a permanently sunny day, while the other side would face the stars in an endless night.

"Dream up from scratch the ideal scenario."

Cowan and his team found that the day side of a tidally locked planet would be covered in highly reflective clouds, which would bounce off much of a red dwarf's heat. The night side, by contrast, would be clear of clouds. "It's like a radiator fan on the night side," says Cowan. Winds would carry heat from the sunny side to the night side, where much of it would be released into the cloudless sky. The result is a habitable zone around red dwarfs even wider than previously thought. 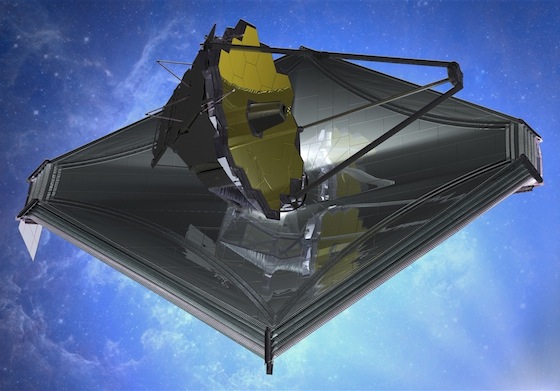 The James Webb Telescope will continue the hunt for habitable planets. (NASA)

But whether there's a planet in the habitable zone for every single red dwarf, or one for every other, it's still a little early to pack a bag for GJ 1214b.

First there's the danger from radiation. Although relatively cool, red dwarfs can still be active, flaring out X-ray and ultraviolet radiation. If radiation flares are affecting the atmospheres on these planets, "life will probably have a hard time," says Kopparapu. More fundamentally, the stats on the stars Kepler surveyed, namely their size and brightness, could be off. Astronomy, Cowan explains, deals in magnitudes of difference: a bright star might be 10 thousand times brighter than a faint one. But when judging habitability, a difference of 10 or 20 percent in the brightness of a star is the difference between life and death.

Nonetheless, red dwarfs remain the best targets for finding life. The next big step comes in 2017, when NASA and MIT launch the Transiting Exoplanet Survey Satellite (TESS). This two-year mission will look for planets around stars in our immediate galactic neighborhood, including around red dwarfs. Some of the exoplanetary targets TESS identifies will be examined in greater detail by NASA's James Webb Space Telescope, "the premier observatory of the next decade," which will start its mission in 2018. "It would be fantastic to try to find a planet like the Earth orbiting a sunlight star, and look for signs of life on that planet," Dressing says, "But I think that's a much harder problem" than searching for life around a red dwarf. "We need to practice first."