Facebook knows when you fall in love... and when you'll break up

The social network's latest study is more personal than ever

Share All sharing options for: Facebook knows when you fall in love... and when you'll break up

Facebook often undertakes data studies to coincide with current events, holidays, and pop cultural moments, but the site's Valentine's Day research results are particularly interesting. First off, Facebook says that San Francisco residents have the smallest chance of getting into a relationship among people in any of the 50 largest American cities. If you're looking for love, Facebook says, your best bet is Colorado Springs, CO, a city that boasts the largest probability of "relationship formation." San Francisco also ranks as the city where single men most outnumber single women, Facebook says, and Memphis ranks as the city where single women most outnumber single men. Detroit is the city with the highest percentage of single people amongst the country's largest cities. 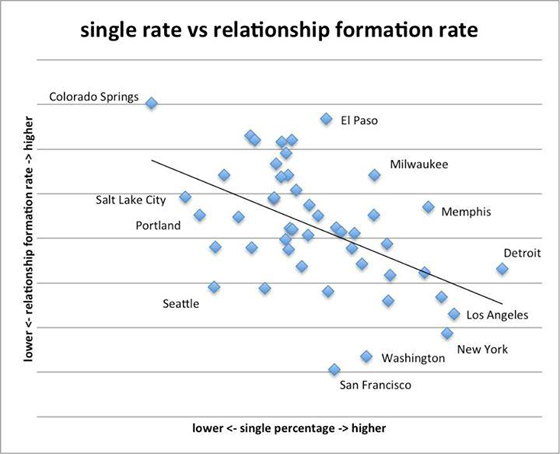 Facebook's results are markedly different from the "Top Cities For Singles" data offered by sites like Kiplingers and Travel & Leisure. Cities like Milwaukee, however, seem to shine through as a great place for singles.

Beyond simple statistics on singles, Facebook's data science team also did some deeper research on the duration of Facebook relationships. "About half of all Facebook relationships that have survived three months are likely to survive to four years or longer," writes Bogdan State of the Facebook Data Science team. State also reveals the top season for breakups, the summer months from May to July. Breakups numbers dip during February, perhaps as a result of Valentine's Day, State says, but notably only for the first two years of relationships surveyed. 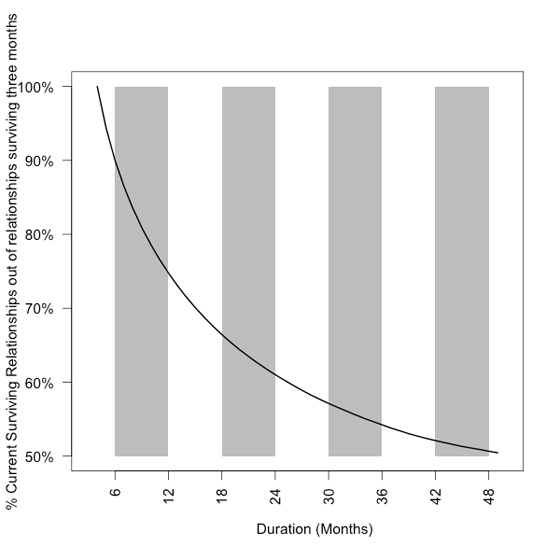 "Another interesting feature is the acceleration of breakups during 2011 — could it be that a rebounding US economy played a role?" State asks. He concludes that most relationships (on Facebook, at least) only last a few months, but those relationships that do make it past the three-month hump are a lot more likely to succeed long-term.

Facebook users don't always take their relationship statuses seriously, but when more than 50 percent of Americans use Facebook, your sample size is likely large enough to negate all of the site's "married" BFFs.