‘X-Files’ creator Chris Carter on his long-awaited return to TV: Amazon's ‘The After’

‘X-Files’ creator Chris Carter on his long-awaited return to TV: Amazon's ‘The After’

Chris Carter helped change television when he created The X-Files in the 1990s, and while that success led to projects like Millenium and the The Lone Gunmen he’s otherwise stayed away from TV since the series wrapped in 2002. In fact, aside from a second Mulder and Scully film in 2008, Carter has largely been off the radar altogether.

That changed last week when Amazon Studios released its latest round of original pilots, which included Carter’s return to the medium. The After follows a group of strangers who find themselves thrown together in a swirl of mystery and coincidence during what appears to be the apocalypse — but as one would expect, nothing is quite as it seems. We spoke with the writer-director about his break from TV, what it’s like working with Amazon’s crowdsourced feedback model, and why some elements of The After might look very familiar to fans of his earlier work.

How does it feel to have a new show out there for people to dig into?

It’s kinda strange. And I have to say, doing this thing with Amazon, and the way they’re doing it — which is strange — is kind of fascinating at the same time.

What aspect of the process was so intriguing?

It’s a true, I’ll call it market survey, of your audience. And it’s like Gladiator. People give it a thumbs up or a thumbs down, and it will live or die on people’s reactions.

Have you been paying attention to those online reactions thus far?

No, I haven’t. I have to admit, I don’t want to look at what people are saying right now.

Why’s that? In the past you’ve mentioned that you often read reviews of your work.

Yeah, well, it’s changed though. I think now, as the internet has "matured"… I would say that there has been a lot of immaturity on the internet. [laughs]

So let’s talk about the show itself: what was the initial inspiration for The After?

It comes from a couple things. One is my deadly fear of being trapped in a parking garage when there’s an earthquake in Los Angeles. … But then I’ve been involved in a couple situations. One was a terrible hurricane in Hawaii, and the other one was a situation in Los Angeles where the freeways got completely gridlocked for the better part of a day. That kind of gave me the idea that things can turn from good to bad in an instant.

There’s a tattoo featured in the show that looks awfully similar to a logo used in Millennium. Does The After take place in the same universe as your other shows?

I’d say the same universe for sure — and that choosing that symbol is not an accident. It’s called the Ouroboros, and what I’d call its religious, literary, and other significances will come into play.

You’ve been prolific over the course of your career, but post-X-Files it seems like you took a very deliberate break from TV. Why the sabbatical?

There were a lot of things I wanted to do. I was 45 years old, so I still had a sliver of my youth left. I went and did a lot of physical things. Television was changing in 2002. Reality TV had kind of taken the forefront in the hour format, and so I thought it was a good chance and time to sit back and sit out, and I just took a little longer than I anticipated. 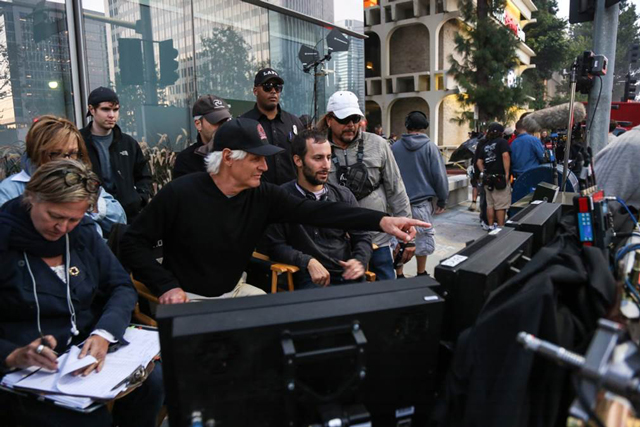 Chris Carter on the set of The After (Amazon Studios)

You mention that TV was changing at the time, but a lot of the ideas that The X-Files introduced have become cornerstones of the current crop of TV. Serialized storytelling, for example, was a big part of the show’s mythology. Why do you think audiences respond to that?

Well, it’s funny that it worked for us on network television, which isn’t the perfect place for it, because things come out episodically every week. The perfect place for it now is really cable and / or what Amazon is doing, which is being able to binge-watch something, watch something consecutively, and not have to wait. So it’s perfect for the kind of saga storytelling that the so-called mythology approach lends to.

Is there also a sense of greater creative freedom when working with a streaming service?

"I think there are more creative opportunities."

I think there are more creative opportunities. I’m not sure if there’s more creative freedom. You’re still working in a situation where you’ve got a patron, be it a studio or a network, and you are doing something for them. So it’s collaborative, and it’s checks and balances. You’re not free — or at least I’m not — to do exactly what you want.

What about in terms of subject matter, and ideas you can explore?

There’s certainly more freedom in language, more freedom in images. There are things I’m doing with The After that would’ve never flown on The X-Files and on network television, so it’s more permissive. That’s not to say that you want to abuse that. I think that a show like The X-Files actually worked better as a network show with the restraints put on it, the censorship that was applied. But a show like The After, as you’ve seen, has saltier language you could never do on network television. 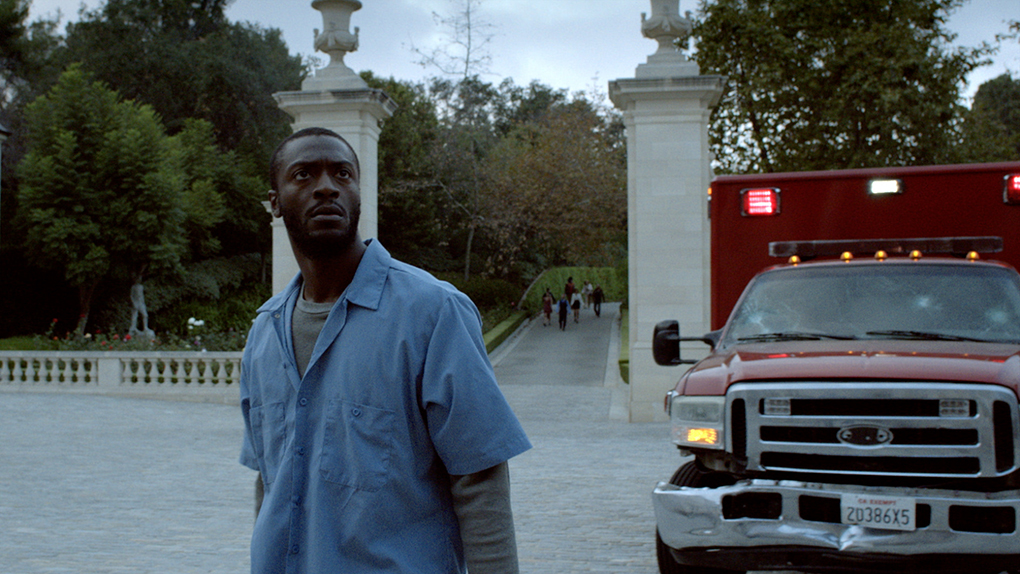 Aldis Hodge in The After (Amazon Studios)

Your work helped bring a sort of conspiracy culture into the mainstream. Over the past five years, we’ve had WikiLeaks, Edward Snowden, the NSA — a lot of revelations that have shown that paranoid mindset was right on the money. What do you think when that information comes out in the press?

"The climate now is even more suspicious of government."

It’s so interesting that when I finished The X-Files in 2002, the — call it the political and cultural climate in America — was one of fear, and trust of government. Because we put ourselves in the hands of the authority who was going to protect us. And, you know, we gave up a lot of our liberties to Homeland Security, etc. I think that the climate now is even more suspicious of government and of "The Man," if you will, than it was even when we were doing The X-Files in the 1990s. So it’s changed.

Do you feel the need to address that in your work?

For sure. You’ll see it in The After, and I’m working on another project with AMC that will, I hope, even further address it.

It’s in development. It’s based on a book by a terrific writer. It’s something that they brought to me. I didn’t see the beauty of it. They asked me to look at it again. I read it, and all of a sudden, just like a light went on; I figured out what I wanted to do.

I have the opportunity so I’ve got to ask: is a third X-Files movie still cooking?

We haven’t ruled it out. Of course, it’s up to 20th Century Fox. I’ve got other things I’m working on right now that are more important to me to get finished. They’re at the forefront of what I’m working on, so that remains a big question mark.

Are those outside of The After and the AMC show?

Yeah. Actually, I’m working with my wife [Dori Carter] right now. She’s adapting her book of short stories called We Are Rich, and we’re just polishing those stories and we hope to put those on a cable network somewhere.

Would this be a drama?

Yeah, it’s really a six-episode saga in a small town north of Los Angeles, much like Santa Barbara. It tells a multigenerational story of money, class, and a world where all those things get turned on their head over the years.

Is it fun to work on something that’s not shrouded in genre?

"You get kind of pegged as a science fiction writer."

It is, actually, it’s nice! It’s funny, you get kind of pegged as a science fiction writer, and it follows you around, for better or for worse. But there are plenty of other things that I’m interested in, and I want to put this on television in the worst way.

Now that you’ve launched a pilot for a new show, do you find you still get that thrill of building something from the ground up the way you did before your success?

I love it. You know, everyone rises to the spark of creativity. That original creative impulse. You know, making something new, and working on something fresh.

The real challenge in doing a TV show is in what I would call the maintenance energy. You take that creative energy and you use it every week, of course. But you then need to maintain the quality of the stories, and it’s harder to do. People get interested in other things, so there’s a whole other approach to doing a series than a pilot, and I’m looking forward to that approach.

The pilot for The After is now available for streaming on Amazon Prime Instant Video.