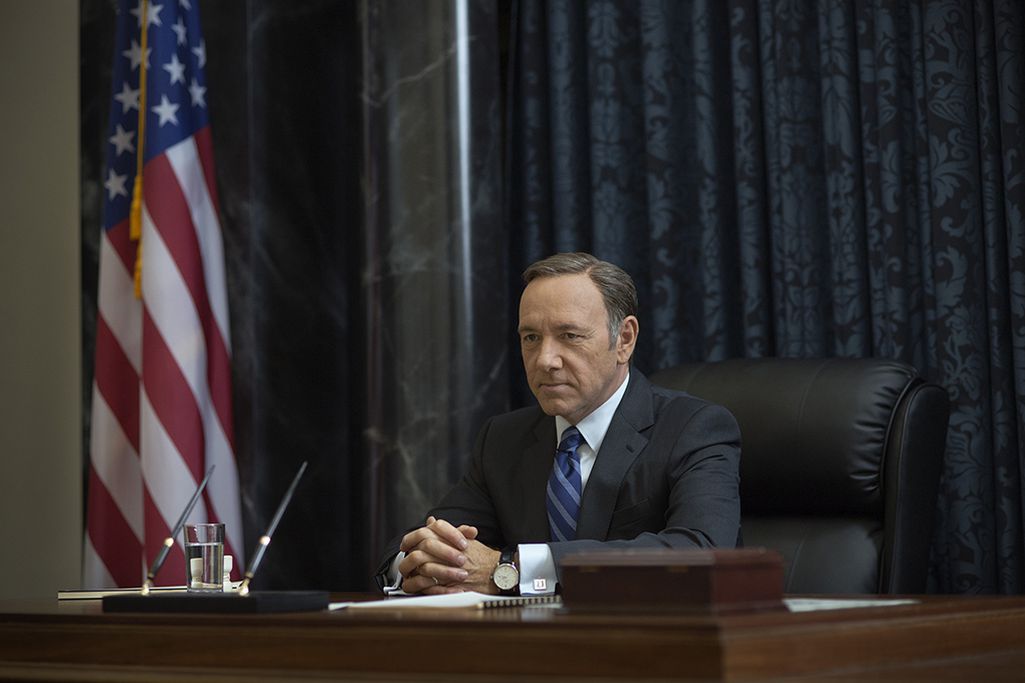 Standing confidently at a podium, President Garrett Walker practices a rousing State of the Union speech before asking rather meekly if “the frostbite bit" is too much. Meanwhile, opposite him in the room, newly-minted Vice President Francis "Frank" Underwood sketches the silhouette of an excessively well-endowed bull. "There are two types of vice presidents,” Underwood says to the camera as he presents his art, “doormats and matadors. Which do you think I intend to be?"

Spoiler alert: I will try my best to avoid spoiling anything important from season two — but for your own sake, you should probably drop everything and watch the first episode before going back online. I will, however, be talking about the end of season one extensively. You can check out our spoiler-heavy episode-by-episode compendium here 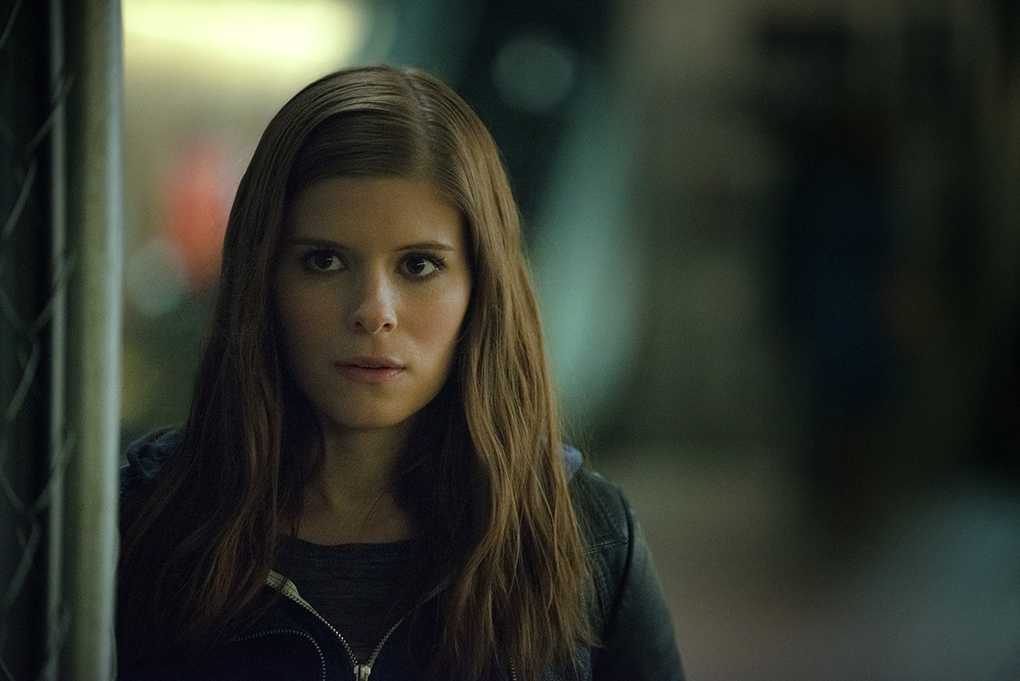 "Let's start this new chapter with a clean slate."

House of Cards legitimized Netflix as a home for original series. The political thriller with a penchant for breaking the fourth wall wasn’t without its flaws or detractors, but it won numerous awards including three Emmys and a Golden Globe — no small feat for a show created for and distributed on the internet. It also legitimized Netflix’s binge-friendly strategy of releasing all 13 episodes at once, to be watched immediately. And so with season two, I watched it all in one sitting — 13 new episodes in just over 12 hours. (For health reasons alone, I wouldn’t recommend anyone do the same.)

For better and for worse, the new season of House of Cards is in many ways a continuation of the last one. Old characters go away and numerous newcomers take their places, to varying success. It’s a show about Washington and power, but more than that it’s about the Underwoods, a character study of a uniquely politically-adept family. And House of Cards is at its best when it realizes the rest of the world isn’t nearly as compelling. 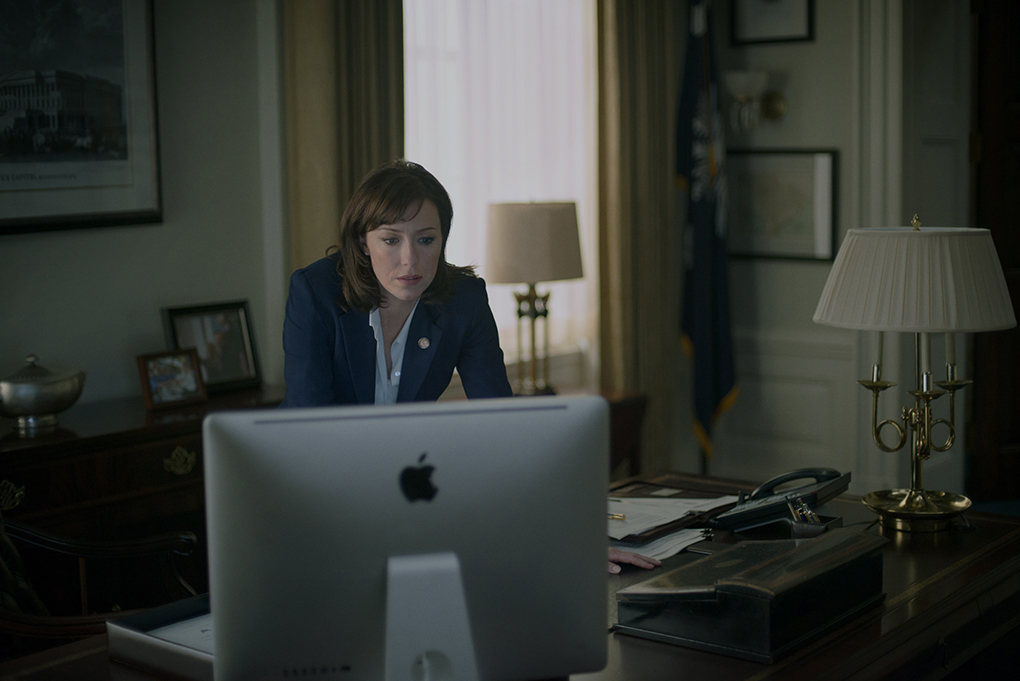 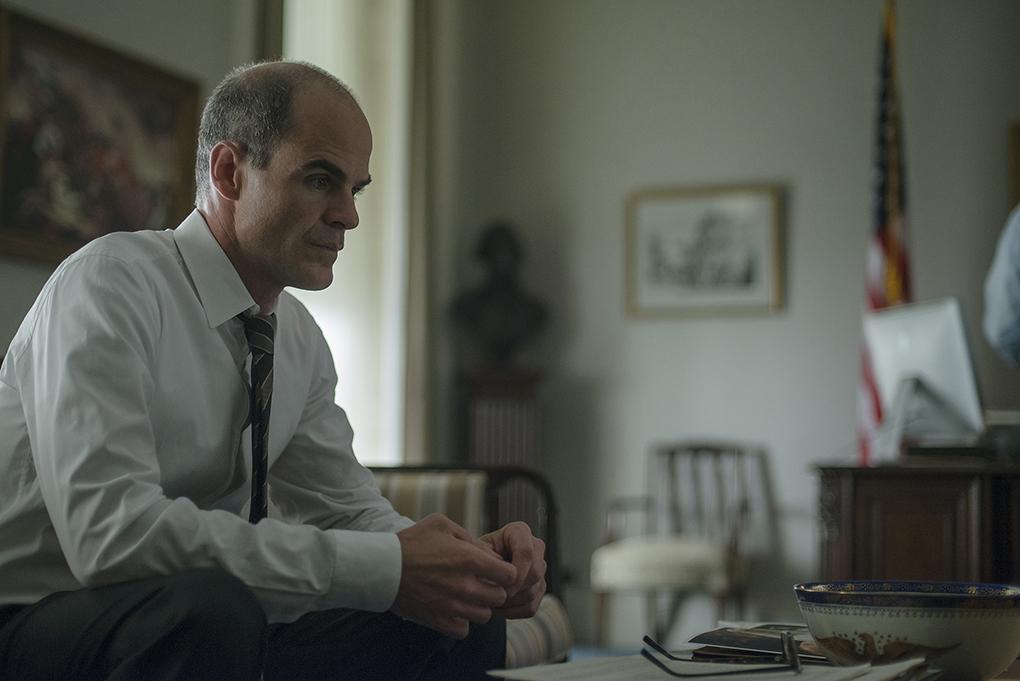 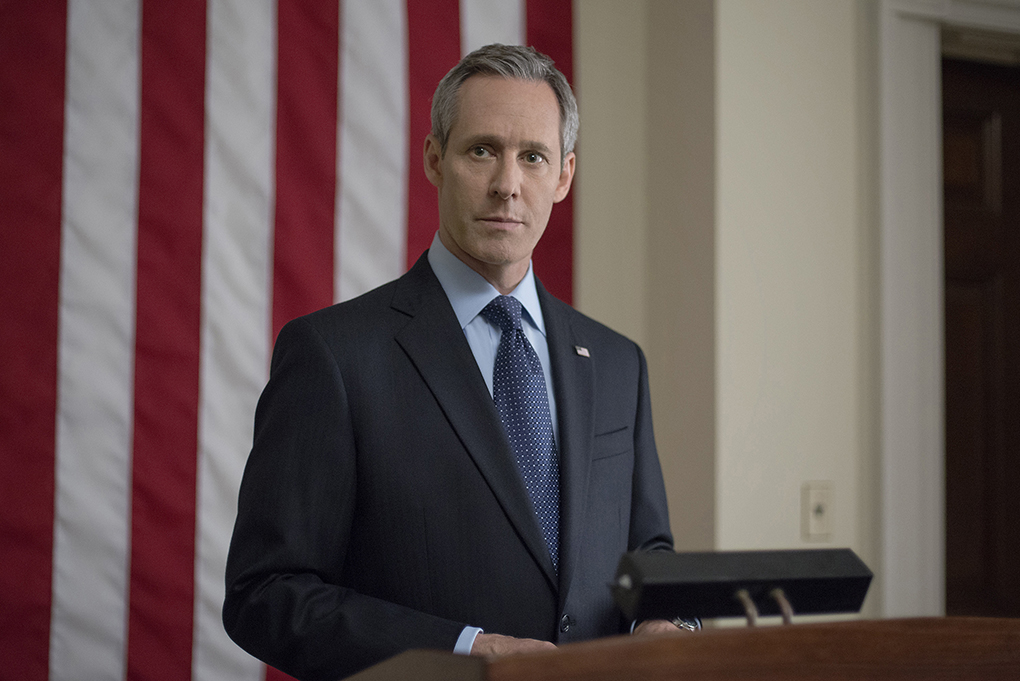 The season premiere begins within minutes of last season’s end: Frank and Claire out for a jog at night as Frank’s chief of staff Doug Stamper (Michael Kelly) struggles to tie up loose threads surrounding the cover-up of Peter Russo’s murder. (As a refresher, you should plan on watching that finale again immediately before starting the new season.) Season two shifts focus from Congress to the White House, so the show has to quickly — sometimes ludicrously so — move to wrap up story arcs from last season. Some major characters are aggressively tossed aside, while others simply fade away in the background. Frank Underwood, through political manipulation (and even a little murder), is now the vice president of the United States.

By the third episode, the season’s conflicts and arc become clearer, and it’s in this middle chunk of episodes that House of Cards starts to drag. Episodes become structurally or thematically self-contained (e.g. "the Civil War reenactment," "the one with the quarantine"), even if they do ultimately drive a larger narrative arc. It’s almost as if the writers felt constrained by doing exactly 13 episodes again. For a show built around binge-watching, the middle portion left me decidedly less enticed to keep sprinting through. Sure, it's a chance to develop Frank and Claire more, but the show spends too much time on lesser characters that ultimately don't benefit from the exposition. By the end of episode 10 ("Chapter 22") all the pieces get settled and we’re treated to a three-episode miniseries that aggressively barrels towards a (mostly) satisfying conclusion. 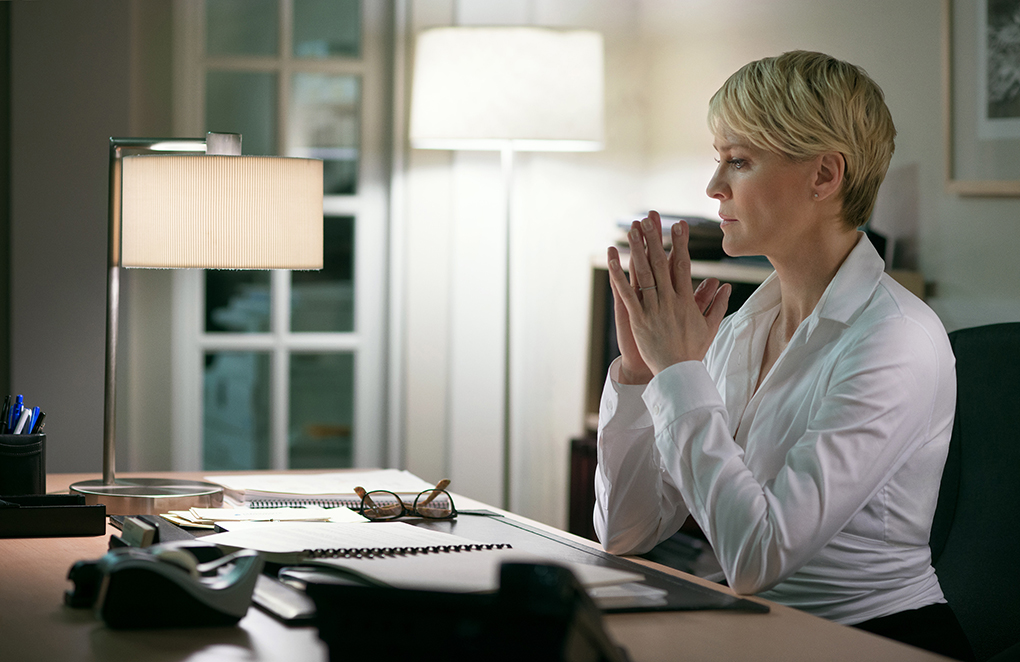 Joining the Underwoods is a cavalcade of new characters, plus a few from season one with upgraded roles. Gerald McRaney, who plays billionaire businessman (and close friend to the president) Raymond Tusk, owns every scene he’s in — even when he’s playing against Kevin Spacey. The rest of the cast can be hit or miss, largely depending on their stories intertwining with the Underwoods. Even the story of Zoe Barnes, the ambitious journalist (and fan favorite) played by Kate Mara, is largely defined by her evolving relationship to Frank. New House majority whip Jackie Sharp (played by Deadwood’s Molly Parker) is a great foil for Frank’s handling of the position, but suffers from a romantic subplot that overstays its welcome. That goes double for Rachel Posner, the former prostitute with connections to Peter Russo who gets a greatly expanded role for reasons I’m still not entirely clear on. Less would’ve been more, and as with season one, I can’t shake the feeling that this is 10 episodes worth of a great story stretched out to 13. (Except when it involves Freddy and his barbecue — then take all the time you want.)

"There is no sacred ground for the conquered."

Other serialized dramas like The Wire and Game of Thrones (not to mention Netflix’s own Orange is the New Black) are built on deftly juggling a large ensemble cast — it says as much about the world as it does each individual character. That isn’t House of Cards. Like Macbeth or Hamlet, the story is its protagonists: Frank and Claire Underwood. Everything ultimately revolves around them, and anything else is just fat to trim. And that’s okay — it’s great, even, when the show is comfortable admitting that. Season two tries to spread the plot out, and it takes away from the overall experience. But I probably could’ve said the same thing about season one. The new House of Cards is every bit as bingeable — for every backchannel political maneuver, for every loaded piece of dialogue, for every plate of Freddy’s barbecue ribs. "There is but one rule," Frank tells us early in the season. "hunt or be hunted. Welcome back."

The second season of House of Cards is available for streaming now. Photos courtesy of Netflix.