After an impressive showing at CES, the motion-based PrioVR game controller suit has blown past its Kickstarter funding goal of $75,000. With 41 days of funding left to go, the project has already pulled in over $132,700. The suit is available in three configurations: a half-body suit that tracks only your upper body, and two full-body styles that add leg movements to the equation. Early-bird pricing for the full-body suits is already sold out, but the half-body PrioVR Lite can still be had for $249 — down from a regular cost of $279. That's the version we tried on the CES show floor back in January, and it didn't disappoint. The PrioVR Core adds four sensors for leg tracking, and the Pro configuration goes even further with extra sensors for your shoulders, stomach, and ankles. 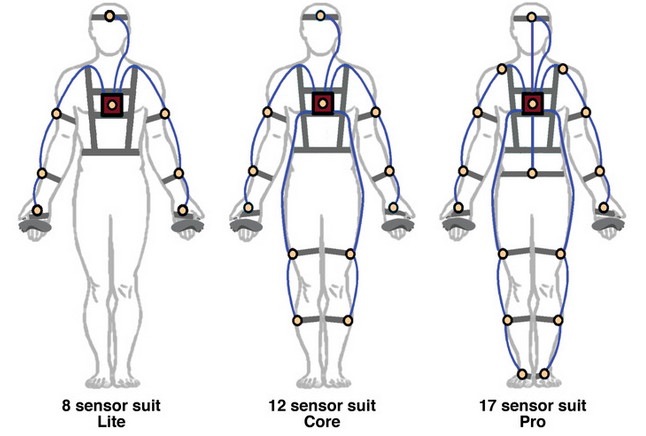 YEI Technology is still aiming to ship the motion tracking suits in June; thankfully some demos will be included so you'll have something to play before support arrives for other games. Thanks to its "inertial sensors," the PrioVR promises to deliver 360 degrees of real-time motion tracking. It doesn't require a camera like Microsoft's Kinect, but it remains to be seen how eager gamers will be to suit up before jumping into their favorite games — assuming developers get on board with the technology to begin with. The successful Kickstarter campaign suggests there's interest, though it took YEI two tries (and a lower goal) to make it work; an earlier attempt fell short of its lofty $225,000 target.