Pilot a space rover on a mysterious planet with 'Extrasolar'

The search for alien life is a game

Share All sharing options for: Pilot a space rover on a mysterious planet with 'Extrasolar'

On August 6th, 2012, the world watched as NASA's Curiosity rover landed on the dusty red surface of Mars. Since then, we've followed the rover's movements closely as it investigates the Martian surface and regularly beams back photos for inspection by scientists here on Earth. It's a fun, albeit passive experience — but a new game is aiming to capture what it feels like to actually pilot a rover. And it might even get you interested in driving the next Curiosity.

The free browser game Extrasolar, which launches today, enlists you as a remote pilot for a rover similar to the one currently driving around the red planet. Only instead of Mars, you're exploring a fictional alien world called Epsilon Prime. You'll be greeted with a welcome video when you first start, and the early moments in the game involve interacting with your superiors via email. The game itself doesn't sound all that exciting on paper — you'll spend most of your time navigating menus and plotting points for your rover to explore on a map.

Getting to locations takes a minimum of an hour of real time, so there's a lot of simply waiting (it's a great game to play in the background while you go about your day). But Extrasolar is also a strangely compelling. I found myself checking in many times a day to see how my rover was making progress, and you're able to capture beautiful images of the alien planet. I spent quite a bit of time scrutinizing each photo and listening to audio clues, hoping for signs of alien life. 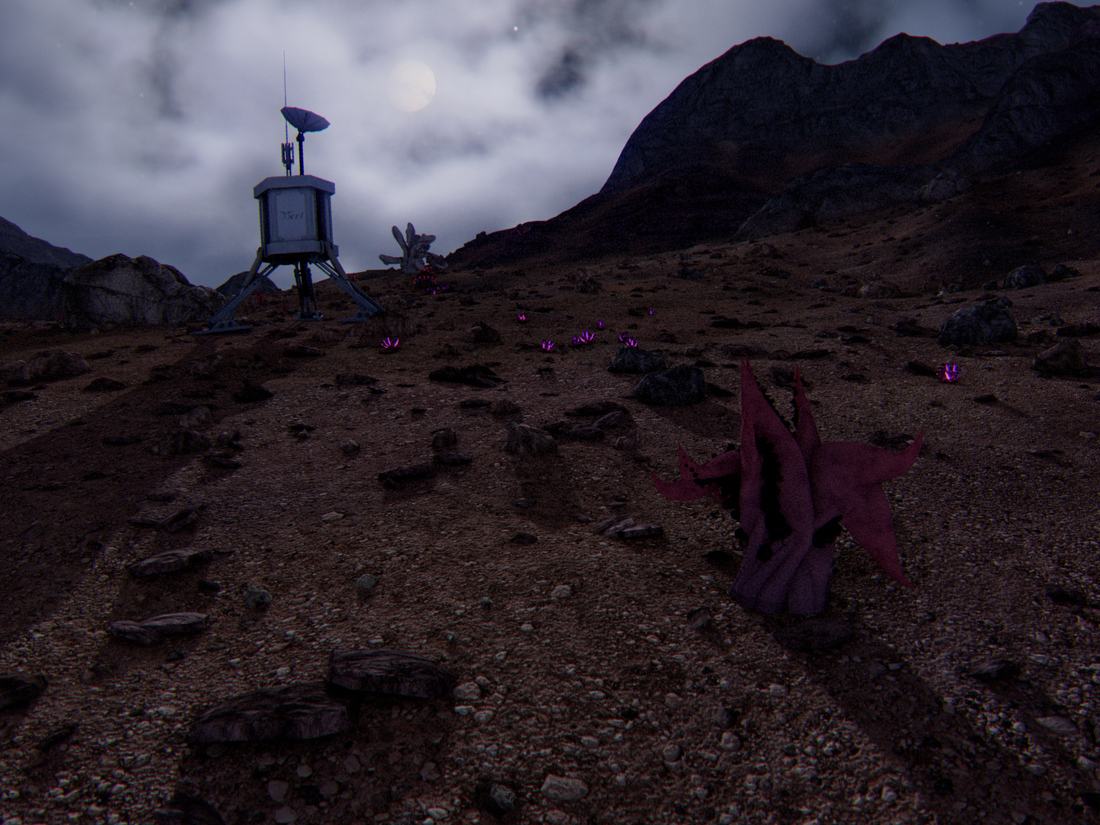 Once you get the hang of how things work, Extrasolar really draws you into its world. Exploring the planet is truly fascinating — as you tag and identify photos in your quest for life, you'll get detailed responses back from an exobiology expert. There's also a mystery at the heart of Extrasolar — what you discover and what your superiors tell you don't always match up, so there's some sleuthing to do in addition to your more traditional goals. The secrets you uncover in the world of Extrasolar will only heighten your desire to explore. Part of the reason the game is so compelling is that it feels surprisingly authentic. Even though you're exploring a fictional world, everything seems plausible. That's largely because of the research that went into the game, with the developers tapping into contacts at both NASA and the SETI Institute.

"We hate seeing bad science in movies and games."

"We hate seeing bad science in movies and games," says lead artist Brendan Mauro. Last year Maruo helped organize a game jam with NASA in another attempt to merge the worlds of gaming and science. "A lot of the team is pretty passionate about science, so we wanted to keep as much in the realm of scientific plausibility as possible." They even hired a botanist, Jane Van Susteren, to write the majority of the biological content, like descriptions of plant and animal life. In fact, she was such a big part of the creation of Extrasolar, she was eventually turned into a character — as you play you'll receive plenty of emails from Van Susteren attempting to analyze your discoveries.

Despite its fictional setting, one of the goals for the game is to get players interested in real science, at a time when NASA's budget is steadily decreasing. "That bothers us because we feel space exploration is the most important thing we as humans can be doing in this day and age," says Mauro. "As game creators, we felt the best thing we could do to try and address this problem is start at the ground level: make something that conveys the excitement of exploration and discovery, and hopefully that excitement will catch on and lead to greater, more tangible things." 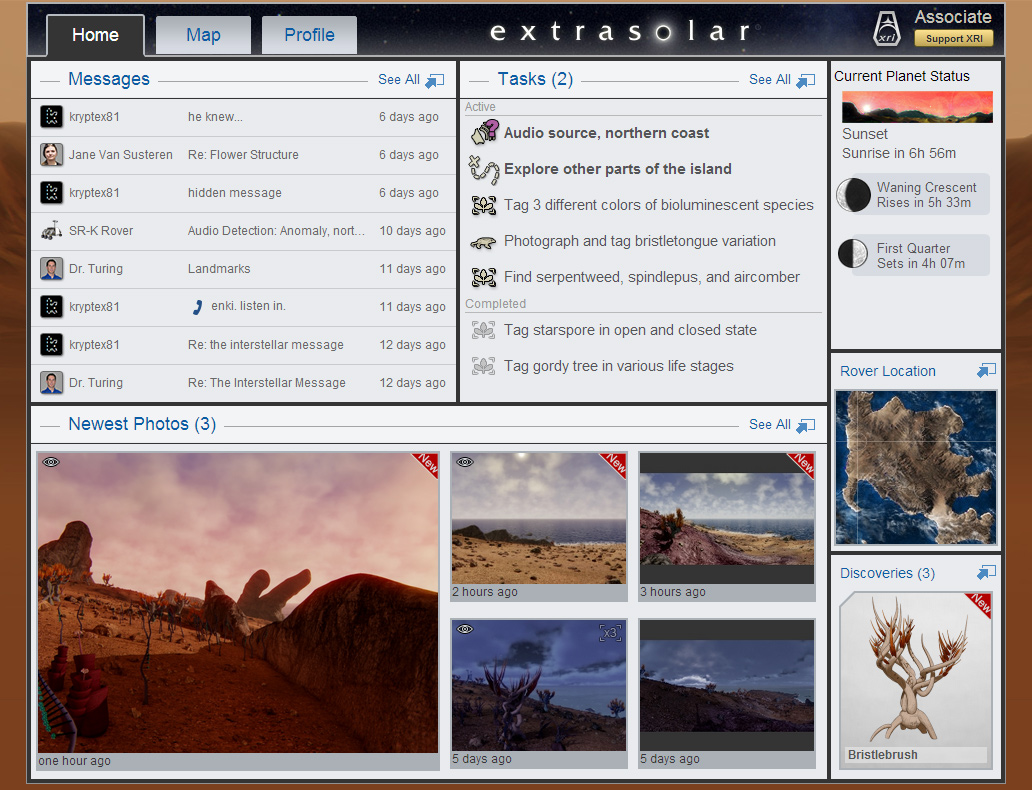 To go along with this goal of spreading science as far as possible, Lazy 8 has made Extrasolar into an experience that's incredibly approachable. There's really nothing to learn in terms of controls, since the game revolves around things you already do every day — tagging photos, navigating a virtual map, and reading emails. It's also very linear, and you can't really lose per se. You won't crash your rover or stumble across a vicious alien, instead you just explore at your own pace. And since it's browser-based, you can play it anywhere at any time; I found my iPad the perfect tool for closely scrutinizing the beautiful alien landscapes.

And in a world of free social and mobile games that constantly pester you with notifications, Extrasolar is a breath of fresh air. You can set it up to send you email notifications when something of note happens, like your rover reaches its destination, or you can turn them off altogether. It's a game that's constantly running in the background, and one I found myself thinking about even when I wasn't playing.

"You don't need to be scientifically literate to play," says Mauro, "but you might learn something along the way."