Even Nokiaâs boots were innovative.

The company once known as Finnish Rubber Works made well-loved rubber boots long before it made smartphones. And as it shifted from rain-proof soles to cellphone modems in the latter half of the 20th century, Nokia became as innovative and important a technology company as any. In 1982, it made the first truly connected phone, the Mobira Senator; its Nokia 1100 later became the best-selling consumer electronics product on the planet. Nokia thought about mobile gaming long before anyone else, and worked with Spike Lee to make movies for phones well before Netflix had an app. No other company has moved the ball forward as many times as Nokia in the last two decades.

In the last two years, Nokiaâs bet over and over on its vision for the next new things: design and photography. As the technology becomes commonplace, itâs beauty and design that will separate one phone from another. And with Instagram and Snapchat dominating our collective consciousness, taking great pictures is maybe the most important thing a phone can do. Thatâs what Nokiaâs many Lumia models have all been about, in one way or another.

The Lumia Icon represents Nokiaâs shared effort with Verizon to bring that ethos to America's largest cellphone carrier. This isnât the Lumia 929, though. Its name says everything about its intent, one Nokia doesnât shy away from: this $199 phone is supposed to be big. Microsoft and Nokia are planning huge marketing, plus a push for both the Icon and Windows Phone 8 in Verizon stores everywhere. For Nokia, for Windows Phone 8, for Microsoft, the stakes couldnât be higher: all three desperately need the Icon to be iconic.

But whatâs in a name, really? 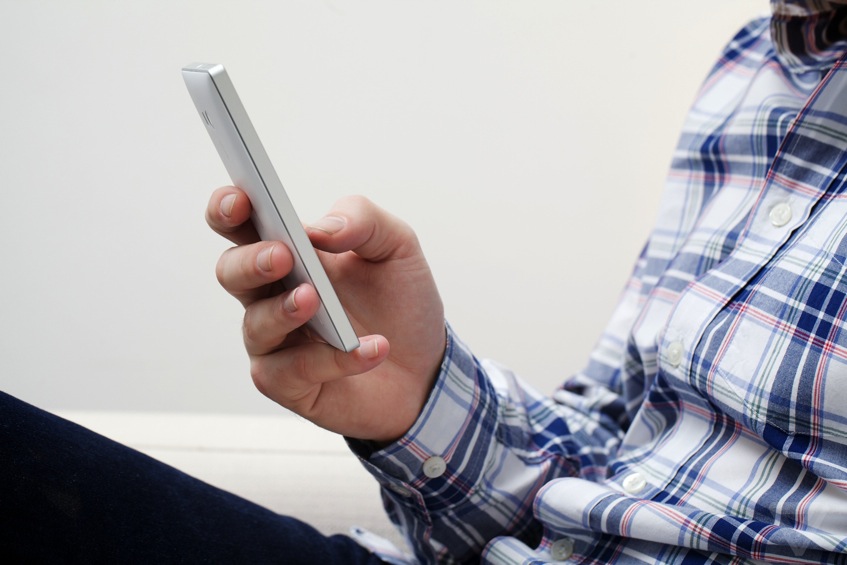 Nokiaâs always done its best work when it ignores convention (and occasionally practicality) in favor of hyperbolic superlative. The Lumia 1020 is big and odd-looking in a market filled with paper-thin phones, but its 41-megapixel camera is so superior in its capability that for a certain kind of user, thereâs no competition. Though subsequent devices such asÂ the Lumia 1520 and now the Icon havenât had the same camera hump or massive megapixel count, the capabilities introduced on the 1020 have made their way to other phones with more conventional designs. Before that, there was theÂ Nokia N9 â a blocky phone that made no sense for most buyers but was so incredibly beautiful it couldnât be ignored. When Nokia swings, and swings hard, exciting things happen. 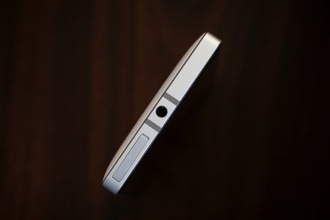 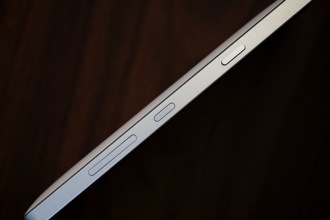 The Lumia Icon feels like nothing so much as a halfhearted attempt, a bunt. Itâs Nokia caught between two worlds: on one side, the classic spec-based definition of a flagship phone; on the other, Nokiaâs ideas for what a beautiful phone looks like. The Icon is made of Nokiaâs comfortable matte polycarbonate (in black or white) and a sleek, single-piece aluminum side that makes the phone feel incredibly high-end â it's a near-exact mix of the Lumia 925's metallic aesthetic and the 928's nice-but-drab design. Itâs sharply rectangular, with slightly rounded edges that never felt quite right in my hands and slightly mushy buttons that flex underneath my fingers. But thereâs a clear level of fit and finish here that befits a flagship Lumia device.

Flagship phones demand flagship specs, however, and filling out the Verizon store placard forced Nokia to stifle what could have been a really remarkable design. A thinner version of this phone (see: Lumia 925) would have felt like a machine: a beautiful, futuristic, dangerous weapon of a phone. But in order to fit a hefty 2,420mAh battery inside next to the 2.2GHz Snapdragon 800 processor and 2GB of RAM, Nokia turned a svelte design into a thick, bulging brick. It's 5.86 ounces and 9.9 millimeters thick, and feels a lot like a stretched iPhone 4S â not huge or unwieldy by any means, but far from impressive. There are no beautiful colors here, no feats of engineering. Next to a phone like the HTC One or the iPhone 5S, the Icon feels pedestrian.

The flip side, of course, is that the phone works remarkably well. It lasts a full day with normal use: watching movies on the bright display can hurt longevity (two hours and fifteen minutes of Flight over LTE ate 45 percent of the battery), but most days it lasted until bedtime.

Windows Phone 8 handsets have long proven they don't need high-end specs to run smoothly, but the bleeding-edge silicon certainly adds something. Call quality is utterly mediocre, as it was onÂ the Lumia 928, but everything else works well. The operating system flows smoothly underneath my fingers, apps open and resume quicker than ever. The fast processor masks the multitasking woes that still plague the OS â it's not really multitasking, just trying to switch as fast as possible â and makes the Icon feel more coherent an experience than almost any other Windows Phone. 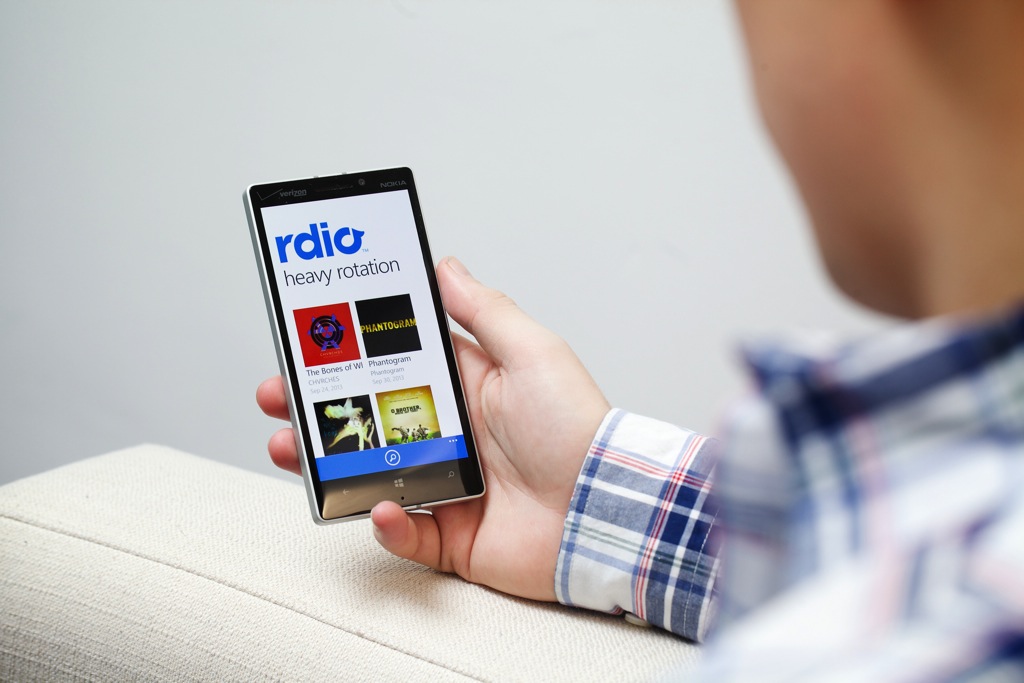 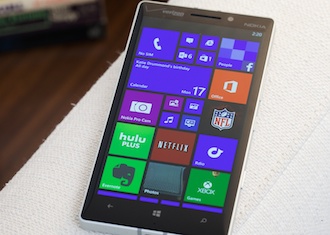 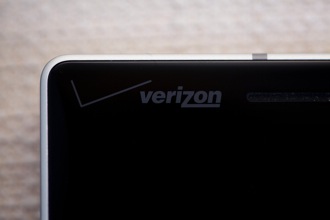 Every Windows Phone device should have a screen like this

For its part, Windows Phone 8 has come a long way, and the 8.1 update coming soon should improve it even further. Microsoft's ecosystem of apps is impressive, and SkyDrive and Office Mobile solve a lot of problems. More and more of the apps I use every day are available in some form, too, from Instagram and Twitter to Evernote and a half-decentÂ Flappy Bird clone, but the third-party ecosystem still severely lacks Android and iOS. The indie games, the hyper-visual task lists, the many media options available for other platforms simply aren't here, and while Microsoft and its developers often have alternatives, I don't want to be forced into using the best available option. Microsoft has substantially lowered the app gap, but there's still much work left to do.

At least it's beautiful, thanks to a wonderful 5-inch Gorilla Glass 3 display that's as good as any smartphone screen I've used. Its 1080p resolution is high enough to make any video or webpage look good (and to make Twitter and a couple of other apps annoyingly incompatible with the device), and it's bright and vibrant enough to work in almost any situation. It's an OLED panel, which means it oversaturates just about everything, but it jibes perfectly with the Windows Phone 8 interface. (Oddly, Nokia's awesome Glance lockscreen notification feature is missing, which doesn't make sense.) The phone's glass curves slightly on the sides, so my finger slides smoothly toward the edge. This is where flagship specs are an unquestioned advantage: whether watching Netflix or reading in Poki, I just like looking at the Lumia Icon.

Still, I can't get past the idea that somewhere between Nokia's initial sketches and the finished product, the icon in the Icon was lost to compromise. The ugly Verizon logos, the too-thick back, the odd bands across the shell for the wireless radio, the weirdly accessible SIM card slot: this isn't Nokia doing what it does best, what it's proven it can do for decades. This is Nokia making exactly the phone Verizon asked for, a probably sellable but ultimately uninspiring phone that's an icon in name only. 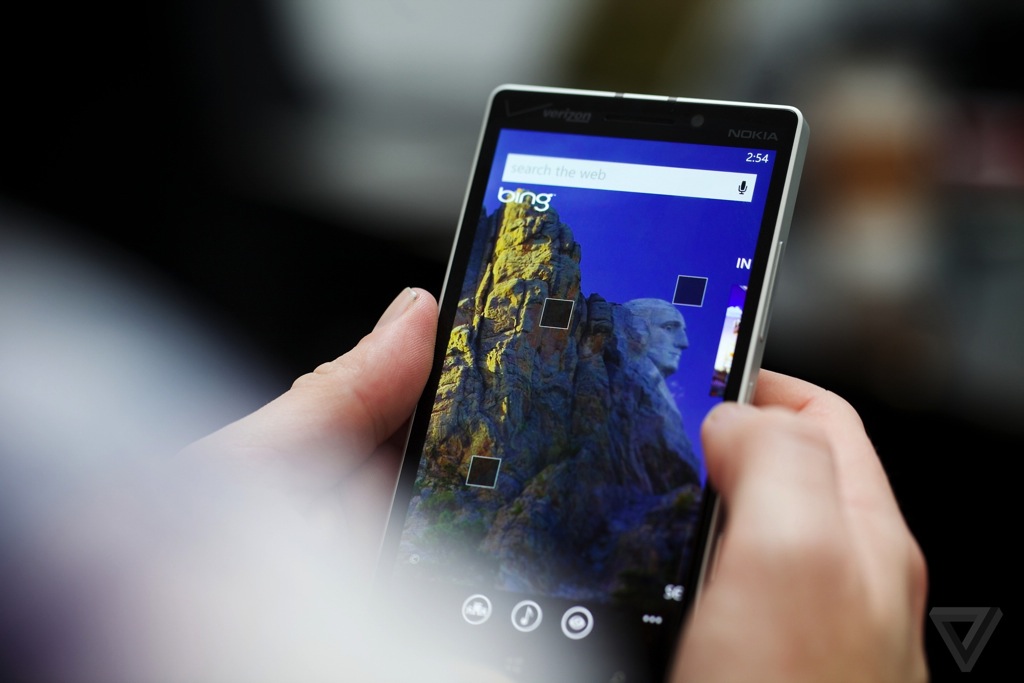 Nokia's camera pedigree is every bit as impressive as its design chops, but its real powers are only available to those willing to invest the time to wield them. The Icon has a 20-megapixel rear camera, the same as the Lumia 1520, and it differs from the spectacular Lumia 1020 only in megapixel count. (And in sheer size, I suppose.) With a huge-for-smartphones 1/2.5-inch sensor and an f/2.4 lens, the Icon often takes beautiful photos, particularly in low light, and its optical image stabilization lets the Icon take stable shots most other phones just can't. The Icon's photos aren't quite as sharp as those I got from the iPhone 5S or Sony's Xperia Z1, and they can be slightly desaturated and muted, but they're far brighter in most cases. It's a better version of a similar compromise with the HTC One: you can get every shot, but not every shot looks perfect.

Editor markup for Nokia Lumia Icon cameraÂ samples. This is only visible in the story editor.

Nokia's Nokia Camera app is a great addition, letting you re-crop and re-frame photos at will; having 20-megapixel shots just lets you do more with them as you process. Everything you shoot is ultimately exported as a 5-megapixel image, either oversampled to make the photo sharper or framed exactly the way you want. There's also Nokia Creative Studio, a great image-editing app, and Nokia Storyteller Beta for automatically making albums out of your trips and events. Nokia's always developed software to make its products stand out, and nowhere is that more appreciated than with the camera.

The 41-megapixel Lumia 1020 lets you do much more with your photos, however, and both require a level of willingness and know-how that's far more complicated than the "Take Picture, Instagram, Repeat" cadence most people know and love. The Icon's autofocus is a bit slow, especially on close-up shots, and it has a dual-LED flash instead of the more natural-looking Xenon flash on the 1020. The camera is good, very good even: I'm happy with most things I shot on the camera. But it's not a new standard, or even a clear improvement over the iPhone 5S. It's just... good. And good is the enemy of iconic. 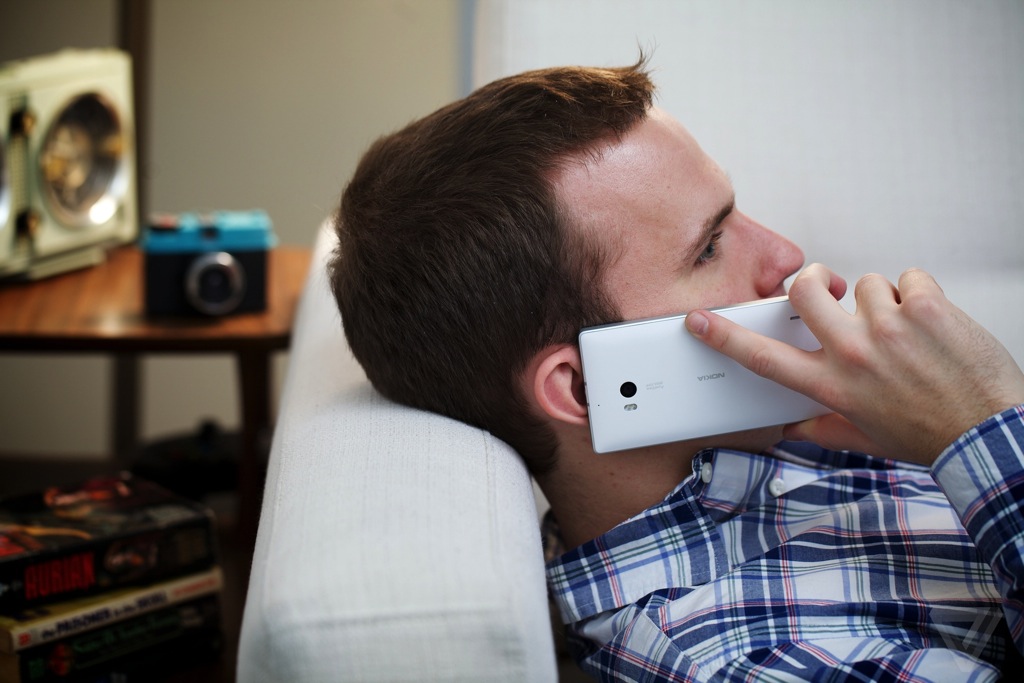 Our review of Nokia Lumia Icon

Buy for $199.99 from Verizon
I expected more from a phone called Icon

Verizon has a long history of dictating design and functionality for its cellphones, and the Nokia Lumia Icon bears those same marks. There are good ideas everywhere — the single-piece aluminum, the 5-inch 1080p display, the 20-megapixel camera — but the finished product feels boardroom-approved at the expense of anything truly interesting. Nokia's capable of much more, and I expected much more from a phone called Icon.

Ultimately, this phone appeals to one customer: the Verizon subscriber who really wants a Windows Phone device. There are certainly those people, but I can't imagine anyone walking into a store looking for an iPhone or Galaxy S4 and leaving instead with a Lumia Icon. That's what this phone was supposed to do: showcase the true power and possibility of Windows Phone 8 by wrapping it in such an irresistible package that buyers wouldn't be able to look away. It doesn't quite get there.

The first Walkman. The original Game Boy. The clickable, spinning iPod. The Polaroid camera. Those are icons, gadgets I can close my eyes and imagine perfectly even now. The Lumia Icon doesn't qualify. It's not bad, far from it. It's just utterly forgettable. And for Nokia, for Windows Phone, for Microsoft, forgettable is dangerous.