Why does Vancouver have a crack pipe vending machine?

Why does Vancouver have a crack pipe vending machine?

One of North America's most progressive cities pushes the limits

The polka-dotted crack pipe vending machine garnered headlines around the world. But it barely gets a second glance from people wandering through a center for drug users in one of Canada's most notorious neighborhoods.

In Vancouver's troubled Downtown Eastside, the machine is just another way the bustling center, run by the nonprofit Portland Hotel Society (PHS), purports to help people struggling with addictions. Free crack pipes have been a staple at the center for years, but leaders decided to try something new when they couldn't keep up with demand for the pipe's glass stems, which can shatter from the heat of overuse, cut users' mouths, and spread disease if shared.

So Mark Townsend, PHS's manager, figured they might as well try something cheap and easy — like a vending machine. And the colorful contraption, which used to sell sandwiches, works pretty much as you'd expect. Put a quarter in the slot, press the number, wait for the metallic ring to twist and pull the cardboard sleeve, similar to one used to roll coins, out from the tray. Voila.

The machine and its twin at a nearby shop recover the cost of the pipes, don't need to be managed by staff and, with space for about 200 pipes, are restocked about twice a week. They operated for almost eight months before anyone in the international media noticed, a bemused Townsend remarked. In that time, center leaders have noted that the dispensers are accomplishing a key task: hindering the black market for crack pipes by ensuring a cheap and consistent supply. People used to grab "crazy amounts" of the free crack pipes, Townsend said, and resell them for more than 20 times their value.

The vending machines might also help prevent the transmission of some illnesses. Those who smoke crack cocaine are more likely to be infected by HIV, according to a 2009 study published in the Canadian Medical Association Journal. Shared pipes, and oral lesions caused by hot or broken glass, have been pinned as the causes of increased infection risk. 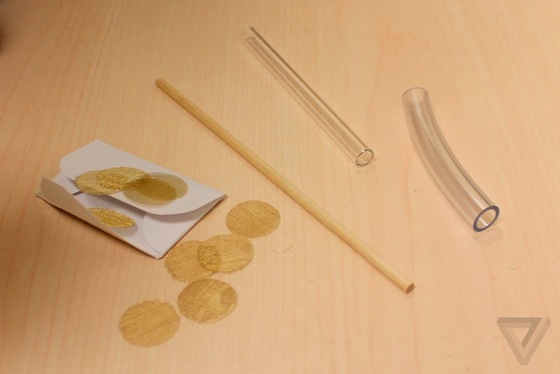 In addition to crack pipes, the center offers free "safe smoking kits" that include alcohol pads, brass filters, and plastic mouthpieces. PHS is also responsible for Insite, North America's first legal supervised injection venue, and operates a needle exchange and detox programs. Another of the group's more novel services is a "drinkers' lounge" where members (who must attend a weekly discussion meeting to be eligible) contribute $10 to buy a home brew kit to make their own booze. "It's targeted at the folks that are out there on the street drinking Listerine and hand sanitizer and other high-alcohol products," Townsend said, adding that the program is just a fraction of PHS's harm reduction agenda. "These things tend to get focused on, but we provide other services as well," he said. "We try to be ahead of the game."

"Folks that are out there on the street drinking Listerine."

Critics of the vending machines and other PHS services are widespread, but the group has no bigger detractor than Canada's government. "We disagree with promoters of this initiative," reads a statement issued by Steven Blaney, Canada's federal minister of public safety, after the feds got wind of the vending machines in early February. "This government supports treatment that ends drug use, including limiting access to drug paraphernalia by young people." This is the same government that repeatedly tried, and failed, to close Insite before the Supreme Court of Canada in 2011 decided to keep the venue open.

Townsend, who calls the government's statement "beyond ridiculous," says that the group won't stop coming up with new, "pragmatic initiatives that are cost effective, help the person, and help the wider community." The group is now planning to load the vending machines with more gear, including lighters (safer than matches) and pipes preloaded with brass filters. (On the street, people often use steel wool instead, which breaks at a lower temperature and can lead to inhaling shards of metal.)

Aside from tweaking products in the world-famous dispensers, Townsend is keeping mum on future plans. "We've got tons planned but I'm not out to tell you — we get in so much trouble as it is."