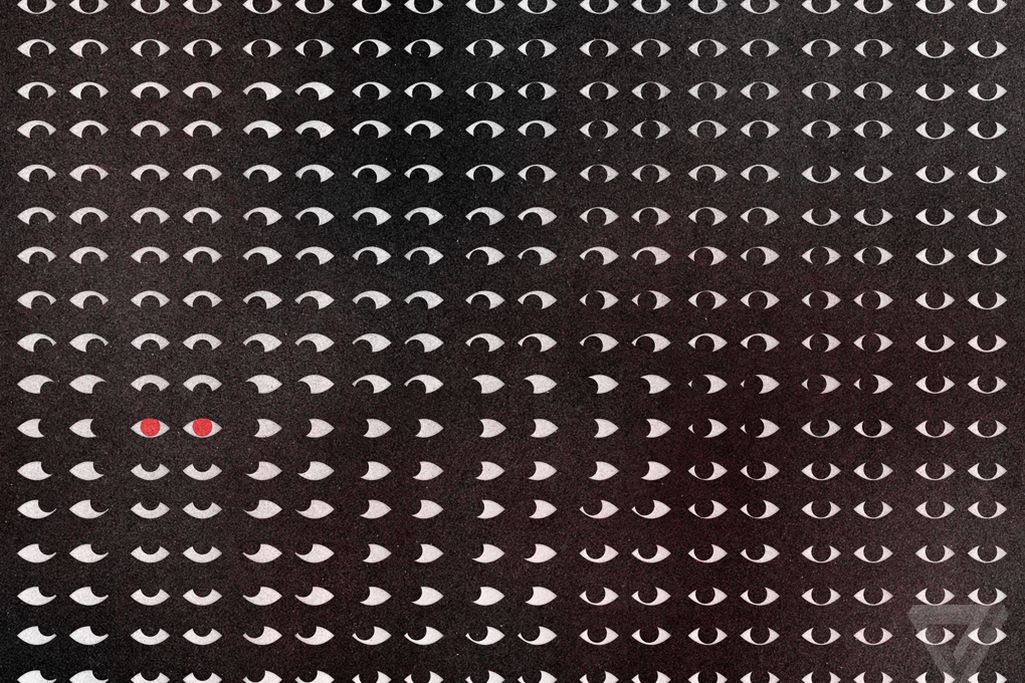 When the Chicago Police Department sent one of its commanders to Robert McDaniel’s home last summer, the 22-year-old high school dropout was surprised. Though he lived in a neighborhood well-known for bloodshed on its streets, he hadn’t committed a crime or interacted with a police officer recently. And he didn’t have a violent criminal record, nor any gun violations. In August, he incredulously told the Chicago Tribune, "I haven't done nothing that the next kid growing up hadn't done.” Yet, there stood the female police commander at his front door with a stern message: if you commit any crimes, there will be major consequences. We’re watching you.

What McDaniel didn’t know was that he had been placed on the city’s “heat list” — an index of the roughly 400 people in the city of Chicago supposedly most likely to be involved in violent crime. Inspired by a Yale sociologist’s studies and compiled using an algorithm created by an engineer at the Illinois Institute of Technology, the heat list is just one example of the experiments the CPD is conducting as it attempts to push policing into the 21st century.

Predictive analytical systems have been tested by police departments all over the country for years now, but there’s perhaps no urban police force that’s further along — or better funded — than the CPD in its quest to predict crime before it happens. As Commander Jonathan Lewin, who’s in charge of information technology for the CPD, told The Verge: “This [program] will become a national best practice. This will inform police departments around the country and around the world on how best to utilize predictive policing to solve problems. This is about saving lives.”

But the jury’s still out about whether Chicago’s heat list and its other predictive policing experiments are worth the invasions of privacy they might cause and the unfair profiling they could blatantly encourage. As Hanni Fakhoury, a staff attorney at the Electronic Frontier Foundation, told The Verge: “My fear is that these programs are creating an environment where police can show up at anyone’s door at any time for any reason.” 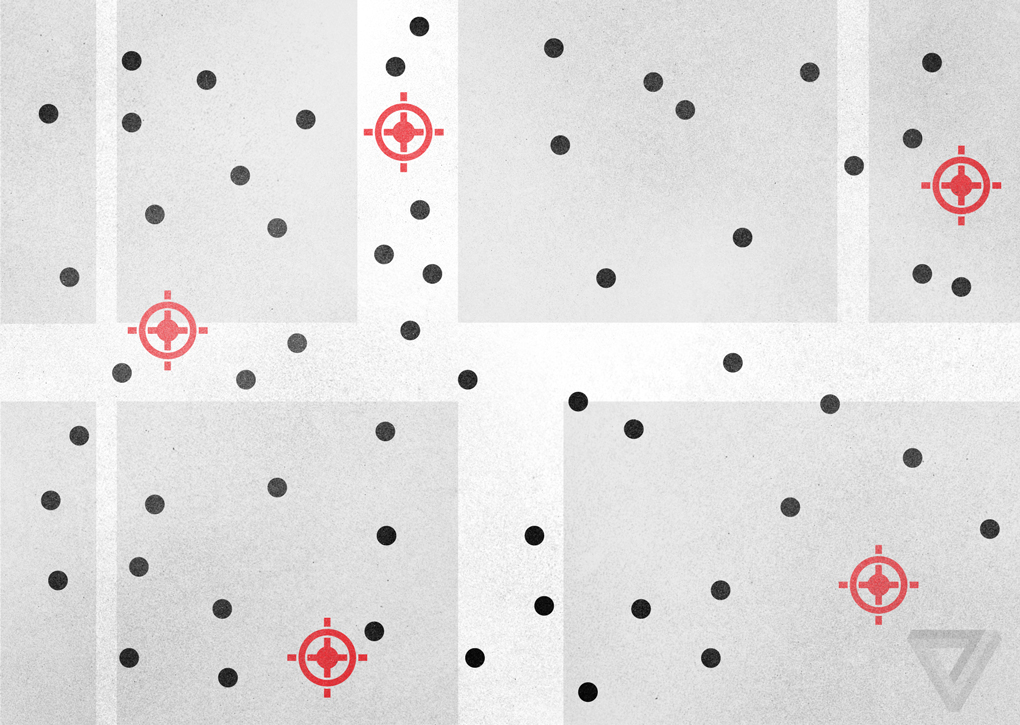 In 2009, the National Institute of Justice (NIJ) made millions of dollars in grants available for any police department with a burgeoning predictive program. Police all over the country applied to tap into those NIJ dollars. The big winner was Chicago; its combination of headline-making homicide rates and already established data- and tech-focused policing made it a perfect fit. The CPD received more than $2 million to test two phases of its experimental program.

Though it took awhile to get started in earnest (staff turnover and internal politics in 2011 and 2012 stalled the project), last year the CPD’s predictive program picked up steam. One man behind that progress was Miles Wernick.

Wernick is the Motorola professor and director of the Medical Imaging Research Center at Illinois Institute of Technology (IIT) in Chicago. He says he’s been doing predictive analysis work since the 1980s, when he worked with the US military to recognize potential targets in the battlefield. From there he proceeded to medical imaging. A lot of his current work focuses on analysing data and brain scans to make automated diagnoses of dementias in elderly patients — not exactly police work.

"By looking at the whole picture," he says, "you can begin to learn what it means for a certain area to be abnormal."

But he was introduced in 2009 to Commander Lewin, the CPD’s information technology lead, and the two teamed up for the NIJ grant.

The CPD's crime database is extensive. It has plenty of historical crime information — the kind of data that’s been used for years to identify clusters known as "hotspots" where crimes have occurred in the past. But the CPD’s database also includes information about disturbance calls and calls regarding suspicious persons.

Based on that information, Wernick and his team at IIT are working on technology to generate crime maps that highlight neighborhoods of the city that might soon be at risk of an uptick in crime. Wernick compares his team’s work to a weather forecast or a computer-aided diagnosis in medicine. But Wernick is sure not to let his team take all the credit. "The recommendations of the mapping system will not replace the expertise of police officers," he says "but instead highlight potential concerns so that police officers can take them into account."

Wernick compared these predictive maps to identifying potentially worrying anomalies in a mammogram. "By looking at the whole picture," he says, "you can begin to learn what it means for a certain area to be abnormal."

And it was that same approach that helped Wernick give the CPD the statistics it would later use to develop a list of Chicago’s 400 most dangerous people.

"It's not just shooting somebody, or being shot."

Wernick explains that the CPD’s crime database also obviously identifies everyone in the city who’s been arrested for and / or convicted of a crime. Though he wouldn’t share specific details about what went into the algorithms, he says those algorithms are quickly able to narrow down the list of people who "clearly have a high likelihood of being involved in violence." He says it even ranks them according to their chance of becoming involved in a shooting or a homicide.

"It's not just shooting somebody, or being shot," he says. "It has to do with the person’s relationships to other violent people."

This is in line with what Andrew Papachristos, a Yale sociologist and Chicago native, calls a social networking theory. When it comes to violence, Papachristos recently told Chicago Magazine, "It’s not just about your friends and who you’re hanging out with, it’s actually the structure of these networks that matter."

So while Wernick acknowledges that sometimes people such as Robert McDaniel — who haven’t been convicted of a violent crime — may find themselves in the wrong social networks, their presence on the list is not random.

A press liaison for the NIJ explains in an email: "These are persons who the model has determined are those most likely to be involved in a shooting or homicide, with probabilities that are hundreds of times that of an ordinary citizen."

"If you end up on that list, there’s a reason you’re there."

The CPD’s predictive programs are only in their beginning stages. One source familiar with these programs told The Verge less than 60 of the heat list’s more than 400 people have been personally visited so far. And the NIJ doesn’t anticipate that the CPD’s final report will be published until 2016 — seven years after the initial NIJ grant proposals were submitted. But the programs have certainly raised some red flags in the meantime.

In conversations with The Verge, CPD officials balked at comparisons to the National Security Agency’s bulk data-collection program. Their resistance to that comparison is valid. From what the CPD is willing to share, most of the collected information for the heat list is focused on rap sheets — arrest and conviction records. So rather than collecting information on everyone, they’re collecting and using information on people who have had interactions with the police.

Hanni Fakhoury, a staff attorney at the Electronic Frontier Foundation, acknowledges that the idea behind the heat list may be well-intentioned. It’s clear that governments all over the US lock up way too many people — and have done so for decades. Having representatives from a police department visit high-risk people before those individuals have committed a crime is better than the alternative. And heat-list visits could encourage those high-risk people to be on their best behavior. "Any plan that tries to keep prison populations down is good with me," Fakhoury says.

But there are a couple obvious worries here. "First of all, how are we deciding who gets on the list and who decides who gets on the list?" Fakhoury asks. The case of Robert McDaniel worries him. "Are people ending up on this list simply because they live in a crappy part of town and know people who have been troublemakers?" Answers to those questions need to be public, he says.

"We are living in a time when information is easily shareable and easily accessible," Fakhoury says. "So, let’s say we know that someone is connected to another person who was arrested. Or, let’s say we know that someone’s been arrested in the past. Is it fair to take advantage of that information? Are we just perpetuating the problem?" He continues: "How many people of color are on this heat list? Is the list all black kids? Is this list all kids from Chicago’s South Side? If so, are we just closing ourselves off to this small subset of people?"

Are we just perpetuating the problem?

Wernick denies that IIT's algorithm uses "any racial, neighborhood, or other such information" to assist in compiling the heat list. The Verge filed a Freedom of Information Act request with the CPD to obtain the heat list itself and attempt to use that list as a way to independently answer some of Fakhoury’s questions. The request was denied because sharing that information could "endanger the life or physical safety of law enforcement personnel or any other person," according to a letter from the CPD’s Office of Legal Affairs. The Verge is appealing the decision.

In the meantime, Dr. Wernick assures The Verge that the CPD’s predictive program isn’t taking advantage of — or unfairly profiling — any specific group. "The novelty of our approach," he says, "is that we are attempting to evaluate the risk of violence in an unbiased, quantitative way." He continues: "This is accomplished in a similar manner to how the medical field has identified statistically that smoking is a risk factor for lung cancer. Of course, everybody who smokes doesn't get lung cancer, but it demonstrably increases the risk dramatically. The same is true of violent crime." 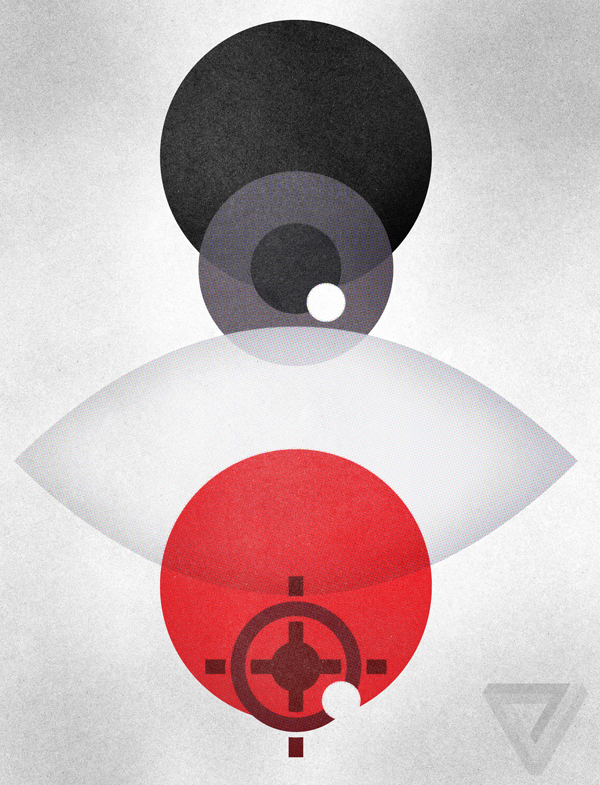 Fakhoury counters: "The worry here is that, if you get picked up for shooting dice and smoking weed, you can be put a list that can be cross referenced. You’re now a marked person for law enforcement. Could that make things worse?"

Though Andrew Papachristos, the Yale sociologist, didn’t help to create the heat list and hasn’t participated in any related visits, his extensive research into Chicago’s crime problems is the basis for much of what the CPD does with predictive analytics. His research has shown, for example, that gun violence spreads similarly to a blood-borne pathogen. People who know each other and hang out in the same circles — people who are a part of the same social network — infect each other with their interests, he found. When those interests include high-risk activities such as carrying a gun or selling drugs, that leads to predictable trouble. He didn’t mention whether any specific groups were likely to be unfairly "marked," per Fakhoury’s suggestion. But he says that "being exposed to violence is an awful thing," and that, "even if [the heat list] doesn't reduce crime, the least it will likely do is diminish the number of people who are exposed to that awful violence."

That’s a best-case scenario, he says.

"If we can divert resources to the right places and proceed automatically to where police and social workers need to be to help people, it would be a fundamental change in the way we approach crime and violence," he says.

"Whether we can actually do that is another question."