The Olympic Games have strict rules when it comes to advertising, which is why you don't see athletes covered in brand names, NASCAR-style. But some athletes have discovered a loophole — and it's on the bottom of their snowboards. As the New York Times reports, at Sochi 2014 many snowboarders are displaying huge, colorful manufacturer logos on the bottom of their boards, logos which are front and center when the athletes perform high-flying tricks. Though their hardware is a bit smaller, skiers are also getting in on the action — particularly when it comes to holding their skis in photos after winning a medal.

"It's great for awareness."

These logos are allowed under IOC rules, which state that "the identification of the manufacturer may be carried as generally used on products sold through the retail trade during the period of 12 months prior to the games." And for brands like Burton Snowboards — which sponsored eight of the 12 finalists in the men's half-pipe competition — it's an amazing form of advertising. "It's great for awareness," company founder Jake Burton tells the Times. But whether this trend will continue at the 2018 games in Pyeongchang is unclear, as the IOC tells NBC News that it will be reviewing the guidelines for the next edition of the games. 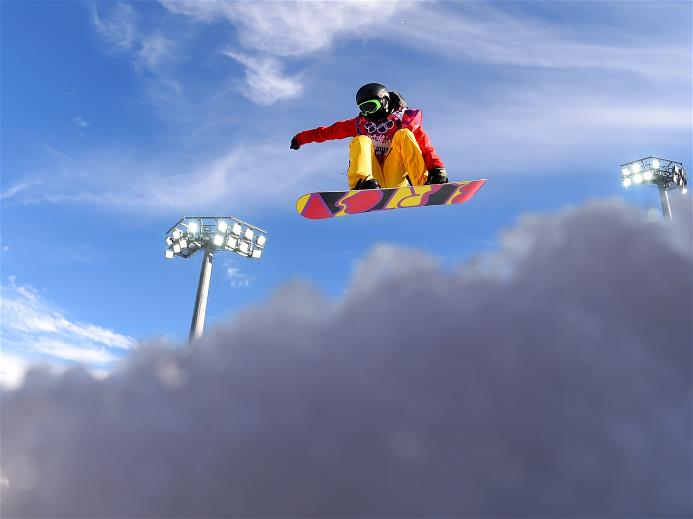