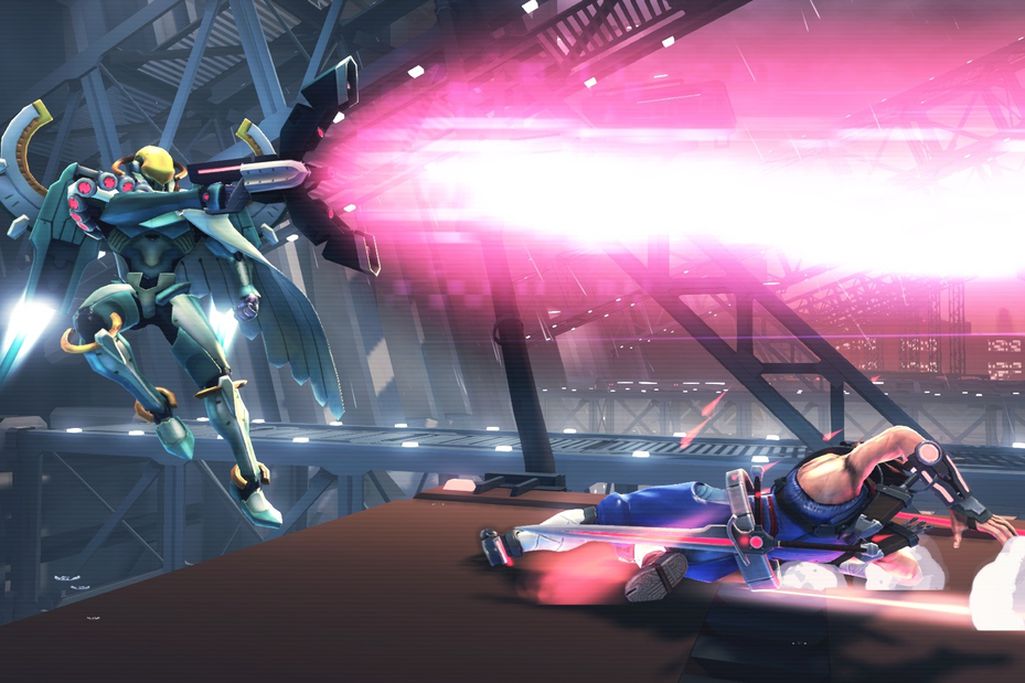 Double Helix seemed like a strange choice to reboot a beloved franchise like Killer Instinct — it’s a studio that had previously worked on licensed games based on GI Joe and Battleship. Yet, despite this modest history, it still managed to turn Killer Instinct into one of the Xbox One's best launch titles. Stranger still, the California-based studio was recently acquired by online retail giant Amazon to be folded into its fledgling gaming division. Just what Double Helix will be building now that it's under Amazon's umbrella is unclear, but it appears that Killer Instinct wasn't a fluke — this week the studio launched its last game as an independent company, and once again it’s a terrific reimagining of a classic. 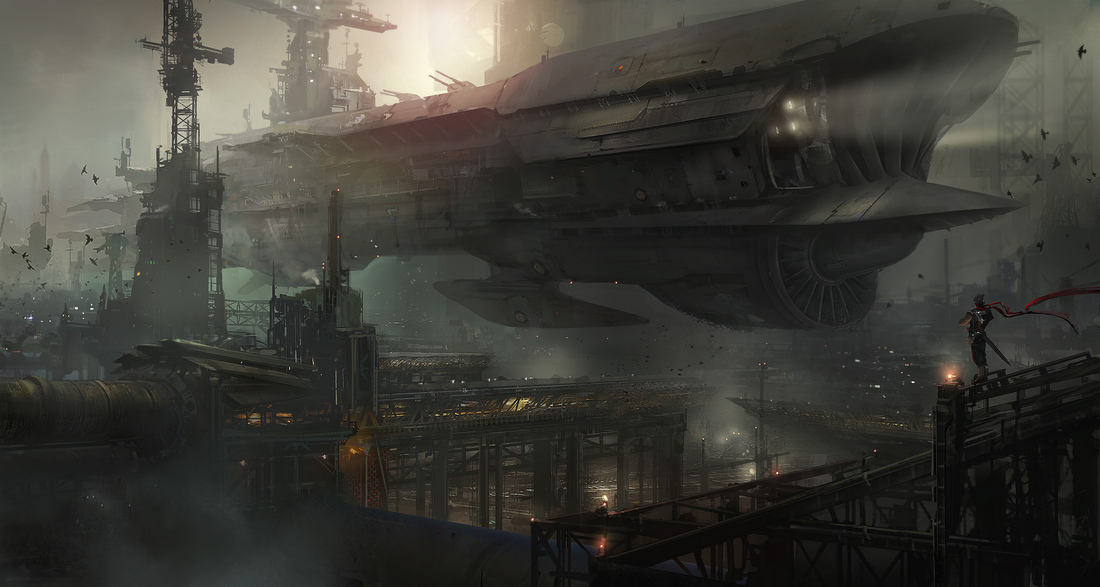 First announced at San Diego Comic Con last year, Strider is a next-gen take on the NES and arcade game of the same name. Published by Capcom, it follows the same formula as other modern reboots like Bionic Commando Rearmed or even New Super Mario Bros. Though it's been updated with flashy 3D graphics, it still takes place from a 2D, side-scrolling perspective — it manages to feel retro and modern at the same time. 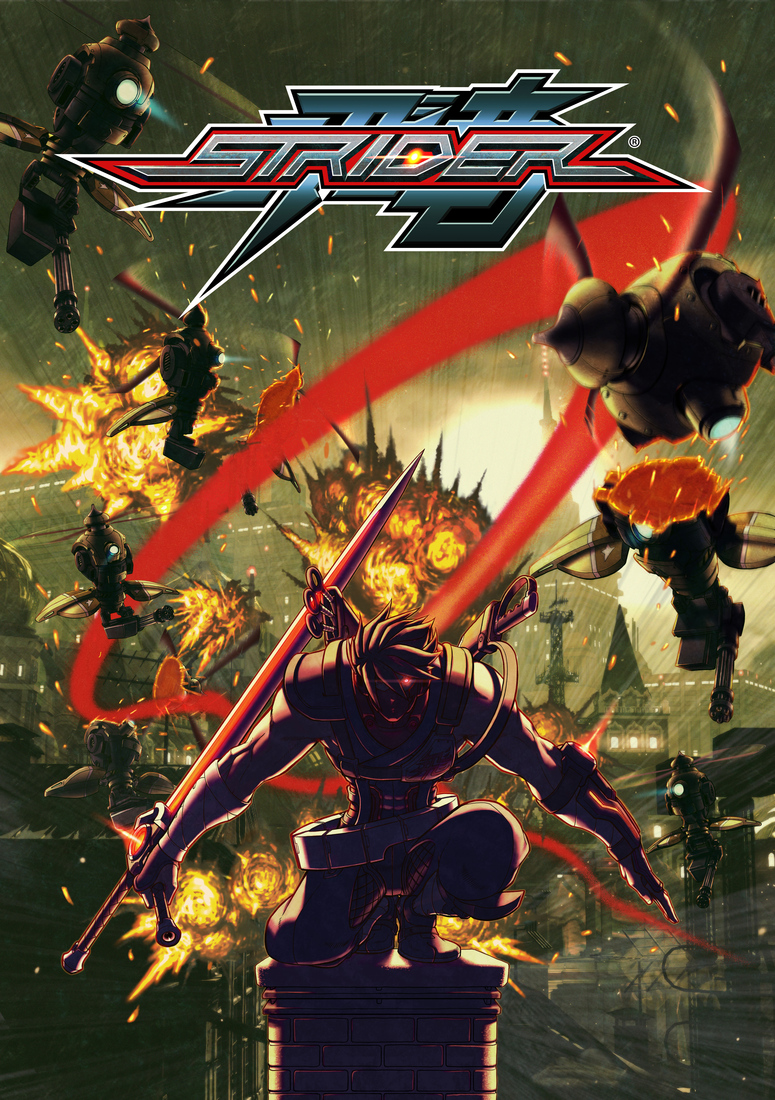 The action is fast and crisp

Strider puts you in control of a futuristic ninja named Strider Hiryu, fighting a Soviet Union-esque enemy across a number of military facilities. As in the original, there’s a bit of story that has you stalking through Kazakh City in a quest to kill an evil grand master, but that’s not the focus: this is a game about beating up lots of bad guys until you finally reach the one at the end. The action is fast and crisp — you can blow past weaker enemies with ease, while bosses and other strong foes will require a delicate balance of attacking and avoiding. It's definitely challenging — I died pretty regularly on the normal difficulty setting — but that's just part of the old-school charm. While death is frequent, it's also educational; in many cases it took being overwhelmed by enemies to realize just what I really needed to do. Strider teaches you as it kills you.

Much like Killer Instinct, Strider has an oh-so-'90s, hyper-aggressive attitude. Everything is bright flashes and explosions, and swords and guns are plentiful. It's the kind of game where you're soon riding on the back of a robot dragon while dodging homing missiles and slicing aerial drones, all at the same time. You can jump high, slide under obstacles, and use claws to climb around the walls and ceilings. And all of this insanity is even more intense thanks to the slick modern visuals, which render everything in an angular, cyberpunk style. Watching pink laser beams bounce around while snow gently falls in the background is a sight to behold — though you might be too busy slicing up cybersoldiers to fully appreciate it.

Given Double Helix's track record, the fact that it managed to successfully reboot two dormant franchises in rapid succession seems like an extraordinary feat. However, even though the studio has spent the past few years making mediocre games based on bad movies, its history dates back much earlier. Double Helix was formed when two studios merged together; one of them was Shiny Entertainment, best known for the early Earthworm Jim games and seminal 3D action game MDK. There’s a solid pedigree there, but it took a few years for Double Helix to finally start utilizing that talent on interesting projects. Aside from its movie-based games, every Double Helix title to date has been based on someone else’s property, including its debut release, Silent Hill: Homecoming. Strider continues this trend, though it’s easily the studio's best game to date, and a worthy followup to the original. 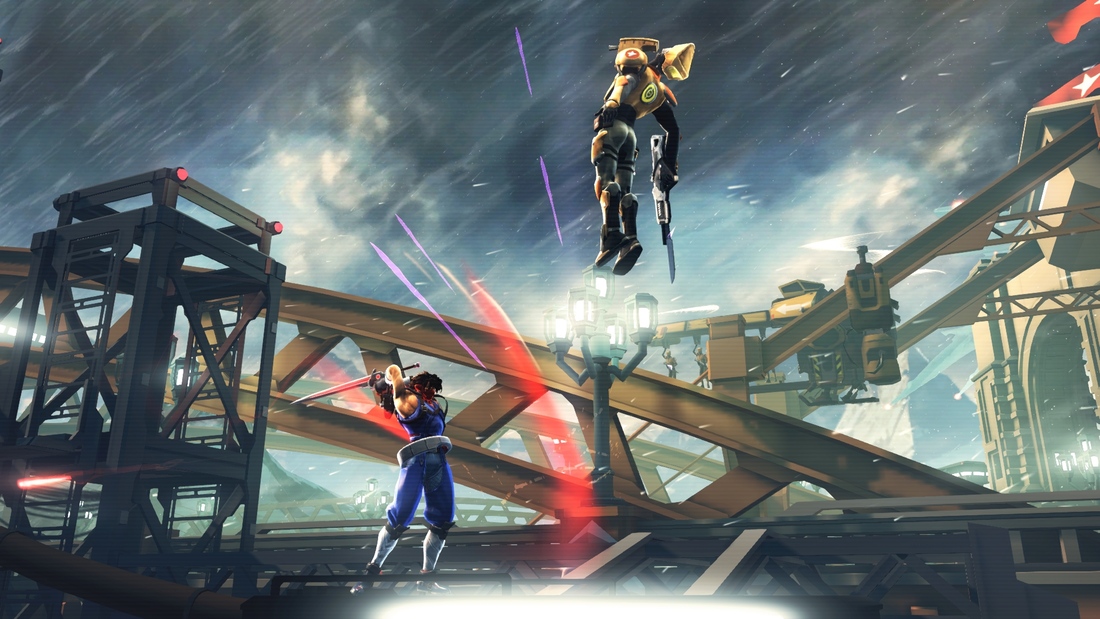 Which makes Amazon's acquisition all the more curious. Amazon Game Studios has been around for some time with a focus on casual games, but there's been little to show from it to date — in 2012 it launched its first mobile game, a forgettable aerial combat title called Air Patriots. Prior to that its only release was a Facebook game called Living Classics. Amazon also operates its own Game Center-style mobile gaming service called GameCircle, and for years rumors have circled that Amazon is looking to build its very own console or a set-top box with gaming capabilities. Having an experienced development studio like Double Helix seems like further evidence that is indeed the case.

"Amazon has acquired Double Helix as part of our ongoing commitment to build innovative games for customers," the company said at the time. Double Helix has experience building games for consoles and PCs, so it seems unlikely they'll be building a big new game for a Kindle tablet — but if Amazon does indeed enter the living room, a new release from Double Helix could be a great fit.

So we don't know what Double Helix will be doing at Amazon, but it’s clear what Amazon got by acquiring Double Helix — a studio that is capable of making great action games. Strider expertly blends classic and modern elements into a fantasticality intense action game. In world filled with half-hearted reboots, it's a breath of fresh air. Amazon Game Studios says that its focus is on "creating innovative, fun and well-crafted games," but it hasn’t yet lived up to that promise.

And with Double Helix in tow, those games might just feature a few more cyberpunk ninjas.