PlayStation 4 goes on sale in Japan, and there's no competition

PlayStation 4 goes on sale in Japan, and there's no competition

The PlayStation 4 is now available in Sony’s home country of Japan, over three months after it first became available in the US. The release comes after Sony has racked up impressive figures elsewhere; the company announced earlier this week that it has sold over 5.3 million consoles worldwide as of February 8th, and managed to nearly double Microsoft's Xbox One sales in the US for the month of January. It remains difficult to find on store shelves.

In Japan, the console is being offered in two packages: a regular edition for ¥41,900, and a bundle with the PlayStation Camera peripheral for ¥46,100. Both options also include a downloadable version of Sony's family-friendly action game Knack. Microsoft has not announced any information about the Xbox One in Japan, having long struggled in the region, though the new console should arrive eventually. And Nintendo has failed to match up to the Wii's performance with its successor, the Wii U.

Shuhei Yoshida, president of Sony Worldwide Studios, tells The Verge that there’s been a "great response" from Japanese customers and retailers alike leading up to tomorrow. "In a sense I hope [PS4 sells out in Japan too]," says Yoshida. "That's what's been happening outside Japan, so it would be strange to see just in Japan that there are units everywhere." 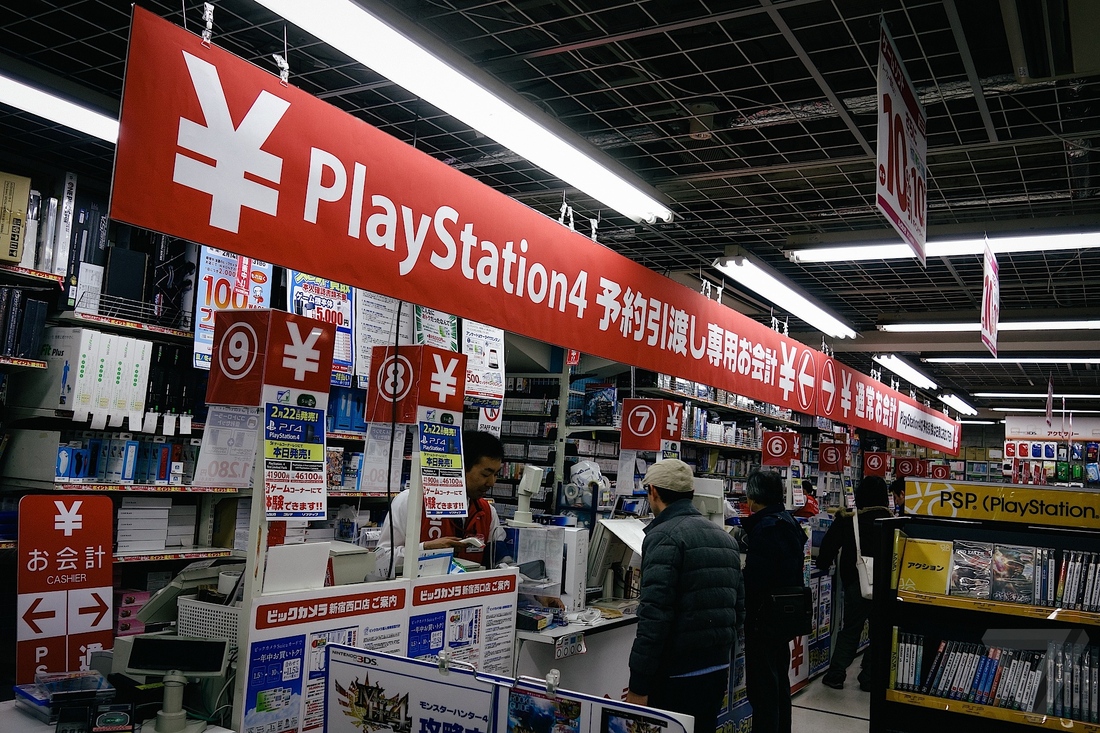 But Sony has tried "not to make the wait any longer" for local gamers, who’ve had to suffer the indignation of seeing the PS4 on sale in the US, Europe, and even smaller Asian countries such as South Korea and Taiwan months ahead of Japan, so pre-order stock should be plentiful. And major electronics stores in central Tokyo this morning had the console available for walk-in purchase, without any of the long lines that characterized Japanese console launches in the past.

The three-month delay in Japan took many by surprise

The three-month delay took many by surprise as a perceived affront to Sony’s home market. Indeed, Sony’s first PS4 commercial in Japan showed little but the lines of excited people picking up their consoles in all corners of the world. Yoshida puts the later release down to "the readiness of the software industry," saying that Japanese developers were slow to get going on PS3 because of the popularity of handhelds, and so lagged with PS4 support as well.

There are still some high-profile Japanese PS3 titles due to come out in the next year, such as Dark Souls II and Persona 5, and most of the companies supporting PS4 are releasing their games on PS3 as well. "As [PS3 developers and publishers] see the reception of PS4 in the market, hopefully they will decide to bring these popular titles to PS4 as well and eventually transition to PS4," says Yoshida. 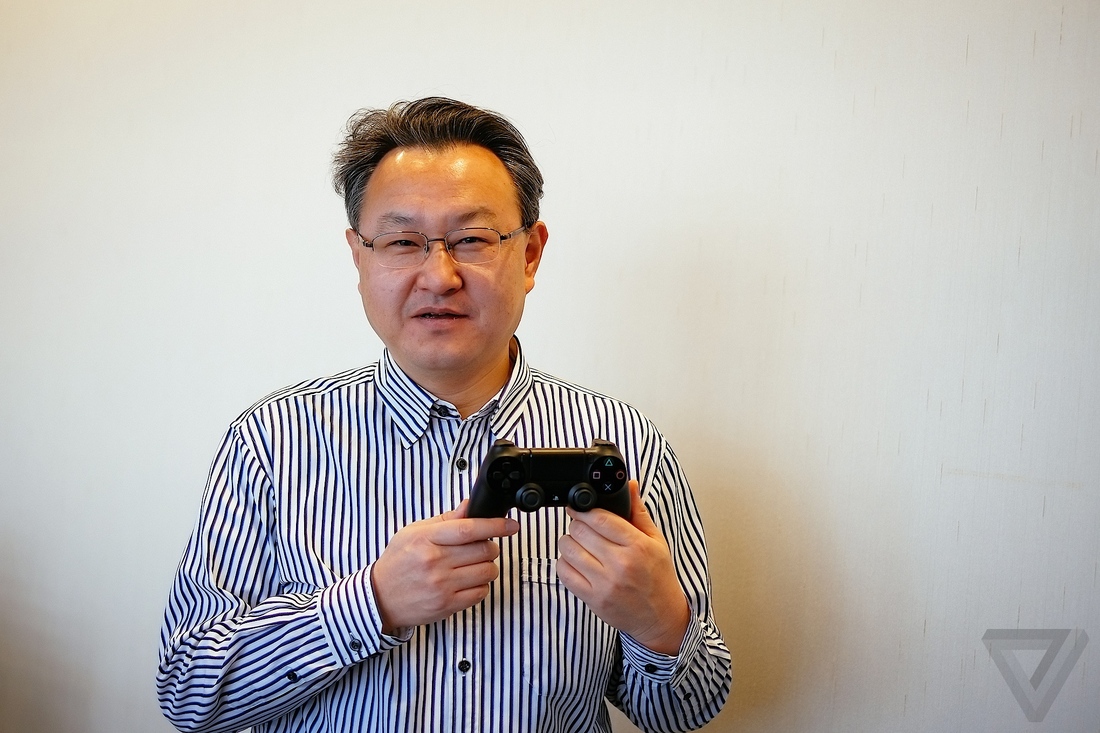 The Japanese launch line-up includes entries in the popular Yakuza, Dynasty Warriors, and Nobunaga’s Ambition series, along with a beta for the successful online RPG Final Fantasy XIV: A Realm Reborn. Given the supply constraints faced around the world, and Sony’s lack of competition in Japan, it also makes sense that the company would funnel as much stock as possible to the West in time for the lucrative holiday shopping season.

Some of the PS4's features, such as the focus on social sharing and live-streaming, are likely to seem unfamiliar to many Japanese gamers, who haven't taken to online services as readily as their Western counterparts. Yoshida is interested to see how the country will join the console's "global mesh of consumers," however, and is optimistic about the prospects. "When Japanese people start playing PS4 games that are only available in Japan and start sharing and live-streaming these games, what will be the reactions from US and European consumers?," he asks.

"People in Japan are considered shy. But when I've been talking to media people and showing how you can stream games with just the press of a button, it's so easy and it's actually fun to stream your games. 20 people, 50 people watch you play and give you comments as you play, so I'm sure many PS4 users in Japan will find the fun of doing it. I think that will be, for many people, a very fresh experience." 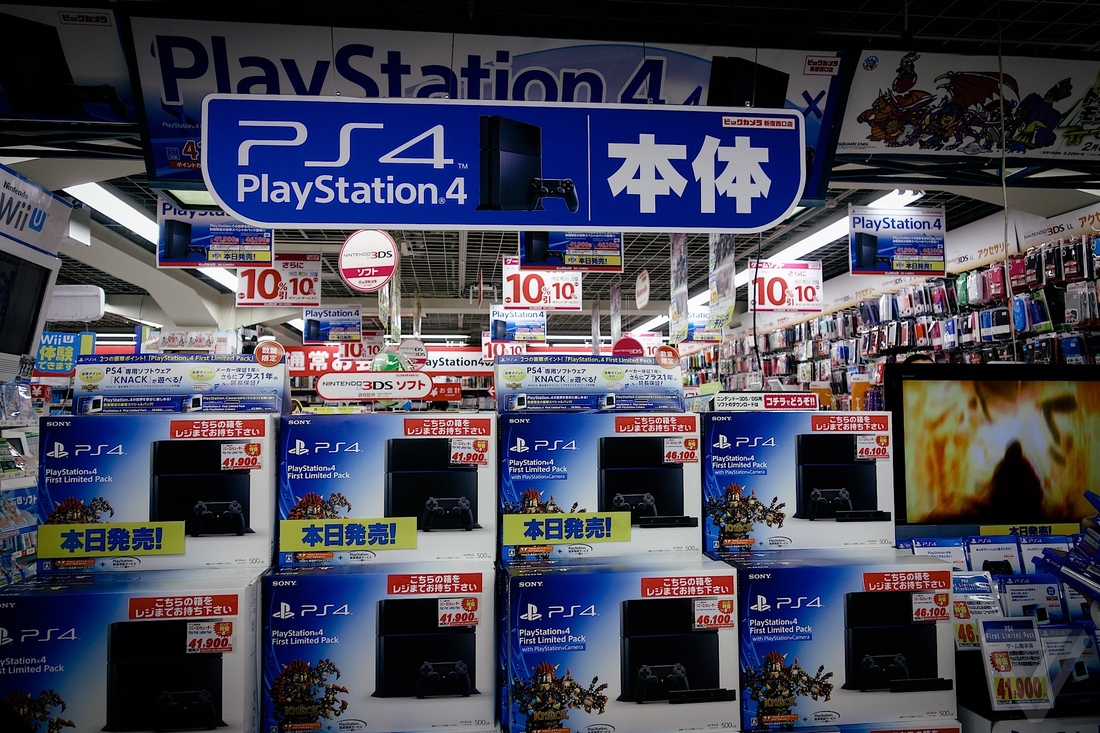 Calling it a "dream situation" for Sony, Tokyo-based games consultant Serkan Toto believes that the company will dominate the Japanese market this generation. But it’s unlikely that Sony will be able to convince all of the customers that sent Nintendo to the top with the Wii yet failed to return for the Wii U. The Wii's stratospheric sales were largely because of casual games and non-traditional software that appealed to the same demographic most likely to have switched to mobile devices.

As such, Toto says, it "isn’t unrealistic" to imagine that the overall console market will shrink in size, even if the PS4 outsells the PS3. Still, there's an opportunity for Sony to make up some ground. "I think that Sony will be able to capture some of the market that Nintendo isn't able to serve with the Wii U, but it will certainly be not all of it," says Toto. "But Nintendo is making it as easy for Sony as ever to capture some market share."

In Japan, then, it appears that the traditional console market is Sony's for the taking. The question is how big that market really is, and whether it'll jumpstart next-generation Japanese game development. "I think that Japan has lost a lot of its thunder on a global level, and it will take a lot of time to recover from the downfall of Japanese game makers seen in the West," says Toto. "Japan is still difficult to penetrate for foreign video game companies, and I think the local market will continue to be dominated by domestic publishers."