MWC 2014: here's what's next for the smartphone industry

MWC 2014: here's what's next for the smartphone industry

Next week marks the coming of an annual ritual: Mobile World Congress, the world’s largest trade show devoted to the wireless industry. This is the place where the Samsungs, HTCs, AT&Ts, and Vodafones of the world rub shoulders in scenic Barcelona. Deals that will shape the future of wireless are made and broken right here on the Mediterranean. Big phones (both literally and figuratively) are announced. Trends are established. Sometimes, Eric Schmidt says crazy things. Even Windows 8, only tangentially related to the mobile world, was fully unveiled here. For phone lovers — and pretty much anyone with a smartphone, for that matter — it’s an important few days to keep an eye on.

We’ll be covering everything that happens from this year’s MWC as it happens in real time, starting on Sunday and continuing throughout the week. But for now, let’s talk about what we’re expecting — and not expecting — to see.

Samsung has already begun promoting the Galaxy S5, with unambiguous teasers showing various activities with a superscript "5" attached. One video seemed to put the emphasis on water and fitness — so a waterproof phone with built-in fitness tracking seems likely, especially given how well the Galaxy S4 Active was received. There have been surprisingly few leaks so far — unlike HTC's upcoming flagship, we've yet to see a credible photo of the Galaxy S5 itself. Sammobile has reported that it could include a fingerprint sensor integrated into the home button — if true, Apple will surely have something to say about it. 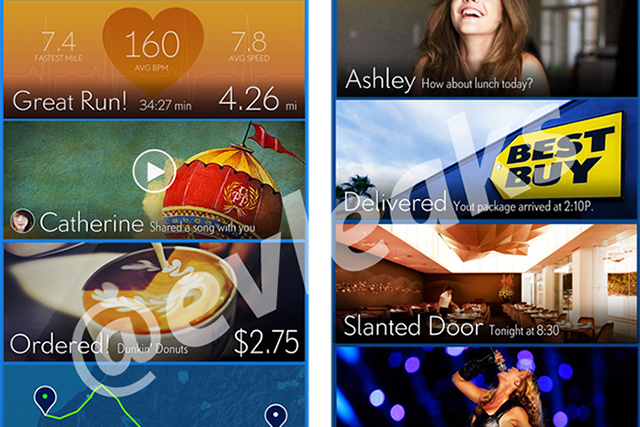 Samsung has always piled on the software, and while we don't really expect Samsung to be able to rein itself in completely, there are hints that it might do so with the core interface. Google reportedly wasn't happy with the heavily-skinned interface on the Galaxy Note Pro and may have convinced Samsung to release something a little closer to stock Android this time around. Of course, there were also rumors of a tile-based interface, so it's still a bit of an open question as to how reserved Samsung will really be.

There have been shockingly few leaks for the Galaxy S5

One thing is beyond question, though: it will be a wild unveiling. Samsung has labeled its keynote "unpacked," which means it will the latest in a long line of bombastic (and occasionally sexist) presentations that have always bordered on the surreal.

Samsung isn't the only company that's unveiling a flagship phone at MWC, either. Sony likes making its devices waterproof and likes to display them under literal showers of water — and we're sure both will happen in Barcelona this year as it unveils the Xperia Z2. The phone will be paired with an updated Android tablet, too. Of course, while Sony has made huge strides with its Android devices in recent years (particularly their cameras), it's struggled like everybody else to make a dent in Samsung's dominance. Its new devices at MWC may be good, but they're not likely to change that dynamic. 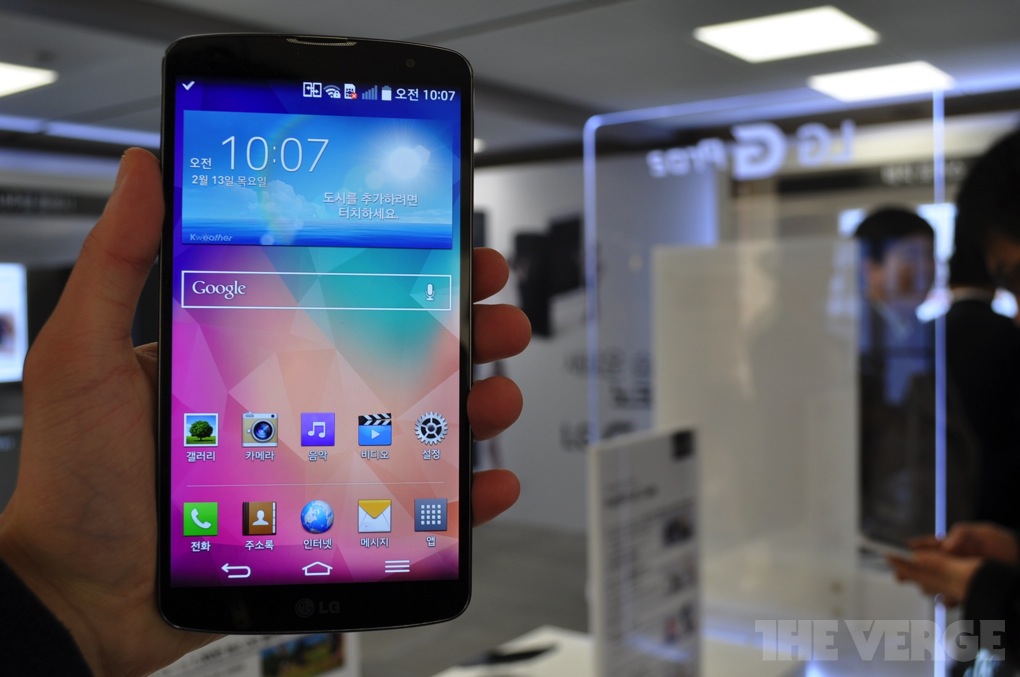 LG, for its part, has already unveiled the G Pro 2 with a massive 5.9-inch screen, but it may have more to say about it at the conference. And of course the likes of ZTE and Huawei will have a mess of devices for various markets — primarily China — and we'll also see a few phones that aggressively target the low-end of the market. Firefox OS is going to continue to be aggressive at targeting the low end, but it has company there in the form of Nokia's "X phone."

And the X phone is a very strange proposition, indeed. It’s a move that virtually no one would’ve seen coming even a few months ago: Nokia, effectively the sole supporter of Windows Phone, bringing an Android device to the market. The X is believed to be a midrange device that will slot somewhere between the Windows Phone-powered Lumia series and the Asha phones that rest at the bottom of Nokia’s product line, but don’t expect it to look or feel much like the Android you’re used to.

By all indications, the Finnish company has gutted and skinned the X with Microsoft services and a new look and feel, similar to Amazon’s strategy with its Kindle Fire tablets. Still, even with Google Play extricated from the phone, there’s no love lost between Redmond and Mountain View — so it’s going to feel awfully strange for Nokia to be announcing its first Android product when it’s mere weeks away from being acquired by Microsoft.

Just like CES in January, MWC 2014 is likely to be a very public laboratory as companies try to be the first to make a truly great wearable device. Barcelona will be full of smartwatches, especially those made by Samsung: only months after first launching the Galaxy Gear, the company's likely to announce two new models. Leaked images show physical home buttons and front-facing cameras, but leave perhaps the biggest question unanswered: will they run Samsung's Tizen operating system instead of Android? 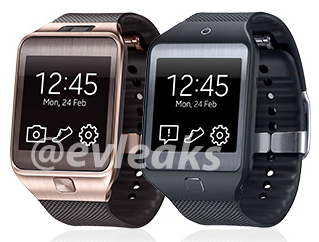 Samsung may have the most public display at Mobile World Congress, but HTC may be showing even more interesting devices. Bloomberg has reported that the company will be demoing three new wearables, including one based on Qualcomm's excellent Mirasol display technology and one that makes heavy use of Google Now. (There's also "an electronic bracelet that plays music," apparently.)

What these wearables should look like and what they should do are both very much unanswered questions. Sony will certainly have more to say about its life-tracking Core device, and there will be plenty of glasses, watches, wristbands, and every other kind of enhanced jewelry and clothing on display at the beautiful Fira Gran Via. 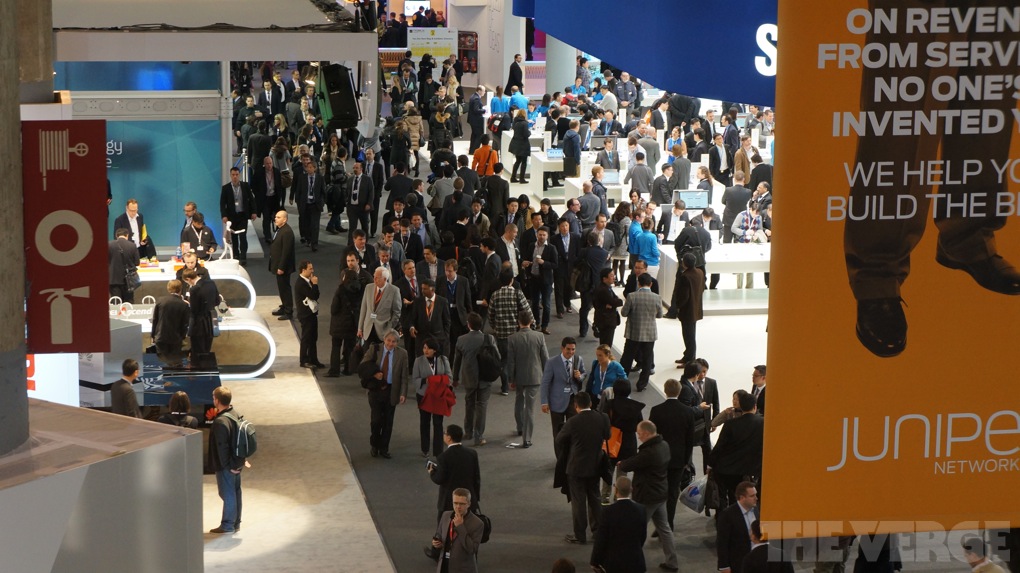 Every year CES is about the future, an opportunity for companies to show off what they've been working on — and to find someone willing to pay for it. Mobile World Congress, on the other hand, is about right now, as the mobile industry seeks to invent and reinvent itself at an incredible pace.

Deals will be made, speeches given, devices announced and demonstrated, and one can only hope Mark Zuckerberg will continue Eric Schmidt's wonderful history of saying insane things at MWC keynotes. Either way, by the end of our time at MWC we'll have seen both present and future of the mobile industry. There's plenty left for us to see in Barcelona in between our cups of Café con leche — don't miss it.