In 1939, a Pennsylvania high school typing teacher named Julius Nelson wrote a book called Artyping, in which he outlined how to create detailed illustrations and graphics with a typewriter. Nelson's illustrations range from detailed portraits to stick figures and ornate border designs, and today seem very much like the ASCII art that arose during the early era of computing. Lori Emerson, an English professor at the University of Colorado Boulder and director of the Media Archaeology Lab, published some of Nelson's work to her website last month, as part of her broader study on "media poetics." The Atlantic's Alexis Madrigal has also uncovered examples of early type-based art, which he detailed at length in an essay published in January. 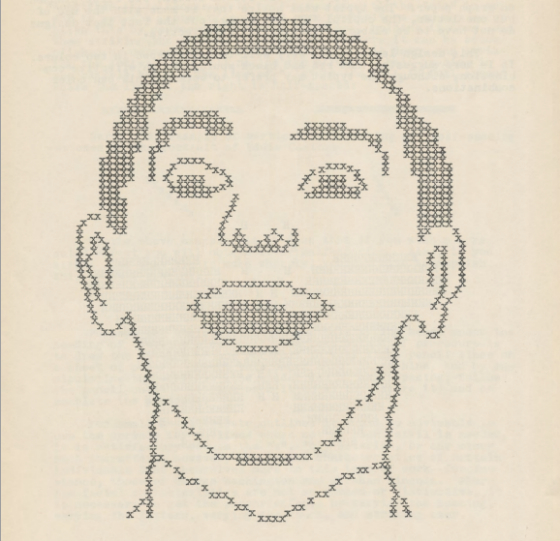