Frozen poop chisels and roast tarantulas on a stick: my night at the Explorer's Club

Can a century-old society stay relevant among modern adventurers?

Share All sharing options for: Frozen poop chisels and roast tarantulas on a stick: my night at the Explorer's Club

Above the fireplace in the trophy room of the New York Explorer’s Club is a large oil painting of Peter Freuchen, one of the club’s legendary members. During one of his many arctic adventures an avalanche buried him beneath several feet of snow. "Luckily, he remembered that the native people often used the frozen excrement of their sled dogs to make tools," explained William Roseman, the club’s executive director and our tour guide for the evening. Freuchen quickly moved his own bowels, then cooled and crafted a chisel from his icy poop, using it to dig his way to freedom.

"Unfortunately, during the long trek back to camp he suffered severe frostbite and was forced to amputate and eat part of his own leg for sustenance, which is why he’s pictured here with a peg leg," says Roseman with a sigh. "But that’s a story for another day." With his endless supply of wild tales, officious manner, bow tie, and tweed jacket, Roseman embodied the spirit of the evening, an odd mashup of Woody Allen and Indiana Jones. 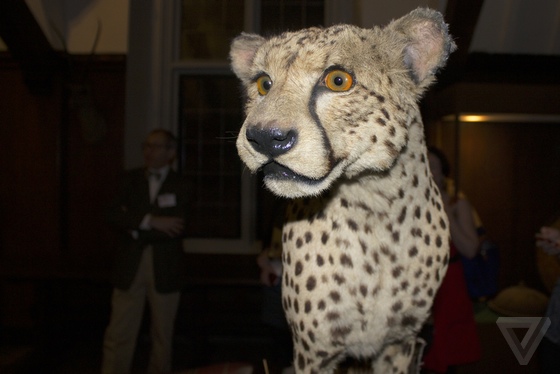 In many ways the Explorer’s Club feels like a relic of bygone age. Crammed into an ornate Manhattan townhouse, its history goes back 110 years. The elegant map room and radio center were once actively used by expeditions to plot their routes and stay in contact with far-flung parties. "Google Maps and GPS have made them more or less unnecessary now," says Roseman ruefully.

An odd mashup of Woody Allen and Indiana JonesAnd yet the club still holds a powerful allure for some of the biggest names in science and technology. Its annual dinner, held every March at the Waldorf Hotel in New York, will feature talks this year from Elon Musk and Stephen Hawking, along with attendees like Jeff Bezos, who recently applied for membership. Last year's keynote came from James Cameron. "Some people think we’re a bit old-fashioned," says Roseman. "But for a lot of today’s brightest and most successful people, there is a still no greater excitement than to travel to the ocean’s depth or attempt a voyage to Mars."

Walking through the hallways, trophy rooms, and ornate libraries of the club I was struck with a mixture of embarrassment and awe. There was the whip wielded by Harrison Ford as Indiana Jones atop a set of voodoo drums which once belonged to the king of Haiti. The world’s only known four-tusked elephant skull sat beside a similarly rare taxidermied, fully intact sperm whale penis. It was like walking into the American Museum of Natural History for the first time, except nothing was behind a glass partition and everything had a wild story of how it came to be at the club. 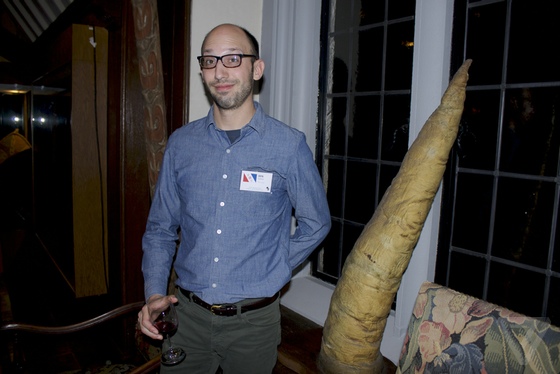 The petrified author beside a petrified whale penis

At the same time, the photos of "native peoples" and collections of indigenous artifacts proudly displayed besides the countless dead animals recalled the club’s past as a fraternity of imperialist conquerors, mostly white men who didn’t think twice about hunting endangered species, objectifying indigenous cultures, and helping themselves to rare objects of great historical and religious significance.

The club is intent on reframing its mission to fit into the modern world. In place of trophy-shooting and colonization, the group now focuses on conservation and environmentalism. Hors d'oeuvres for the evening consisted of pickled grub worms, baked scorpion, and tarantula skewers. "Americans have long had the luxury of being able to say no to certain foods that make them squeamish," says club member Gene Rurka, a former oceanographer turned farmer. "Well, when you’re stuck in the jungle for two years waiting for the next ship home, you don’t have that privilege. Either you eat what you find, or you’ll end up as the next meal." 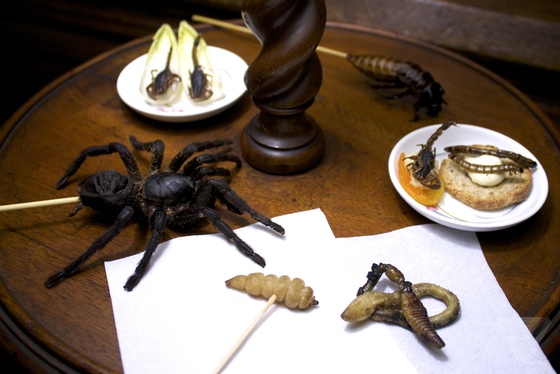 Eating exotic animals has been part of the club’s heritage since a gaggle of members returned from an arctic exploration with a hunk of frozen mammoth meat for everyone to sample. But Rurka, who has converted part of his New Jersey farm into a bug ranch, hopes they can have a bigger impact as well. He believes that for the Earth to sustain its rapidly ballooning population, humans will have to learn to eat crickets and cockroaches instead of cows and chickens. "Once upon a time we showed people what was possible, you know, the limits of what people could achieve. Now maybe we can help people to discover new parts of themselves. I like to think of myself as a palate explorer."

"Maybe we can help people to discover new parts of themselves."Rurka’s quest to popularize the consumption of pests is one of many ways in which the Explorer’s Club and its members are searching for relevancy in an age where the dark spots on the map are few and far between. "From the sextant to the submersible, technology has been a key part of exploration, and has fed back from what we do into the progress of our entire civilization," says Roseman, as our tour wound to a close. The club is eager to shed the image of khaki clad thrill seekers getting their kicks by tromping through primitive parts of our planet. It wants to highlight folks like Bezos and Musk, tech billionaires pouring funds into projects like Blue Horizon and SpaceX that might take us where no human has set foot before.

"People assume that this is mostly a bunch of eccentrics getting together to tell war stories," says Roseman. "But the truth is that most of our members are accomplished researchers and academics. The collection here represents decades of hard science. Well, except for the yeti scalp, of course."