So the most common opinion here on The Verge is that the Nokia X as a product does not make sense. Why would Nokia release the Nokia X at the 100 euro price point where the Ashas currently sit?

Well you see, Nokia also announced some other phones that most of us never paid attention to (probably because of the lack of buzz). Introducing the Asha 230: 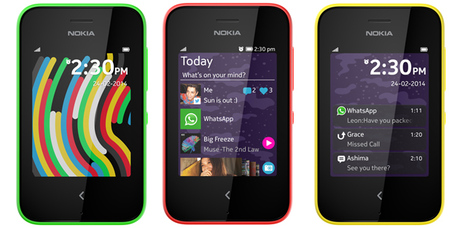 Asha has now been pushed down to the under 50 euro price point. I predict the existing Ashas would see major price cuts soon. In most European countries, the Lumia 520 is still 100 + euros. Thus, strategy wise, Nokia needs a third smartphone line. Which is where the Nokia X series slots in.

The X series would only by released in certain countries, countries where the 520 isn't under 100 euros yet. The release of the X line allows Nokia to push their smartphones to even lower tiers. Sure, arguably you can cut some more corners with the Lumia line, and release a cut down 520 to slot there, but I would like to believe that Nokia doesn't want to "damage" the perception of the Lumia line.

So right now we have: