Share All sharing options for: Designer music: how Tycho blends art and sound

For years Scott Hansen has had two different personas. He’s created art and design work under the name ISO50, while his ambient, electronic music was made under the Tycho moniker. Those worlds are now finally coming together. Next month Hansen will release Awake, his second album on label Ghostly International, and his first where he’s been able to focus on music full time, putting aside his previous career as a freelance graphic designer. Instead, he’s put all of that energy into Tycho, crafting not only the music but the visual aspects as well, from album covers to concert posters. We talked to Hansen about the change in focus, what it’s like working with a band, and why he doesn’t listen to electronic music.

Awake will be available on March 18th.

How did being able to focus on music full time change the way this album turned out?

Before, time dictated that everything was on the back burner, and it was like, I have a few minutes here, or a day there, and I'll get this thing done. But it wasn't a concerted effort during a specific period of time. And this time, luckily, I was able to approach it that way. Really, what it lead to was more a more crystallized vision, and in the end I was just happy with the product, and it represented what I always wanted this project to be and what I wanted the music to sound like. And that was just due to having the time, and to be immersed in it for this period instead of revisiting it over and over in my spare time.

"I got into electronic just through my affinity for technology."

How long have you been working on this album?

I think I turned it in around October, and we started in late January, so it was like 8-9 months. I think there was some time off there where we had some touring during that year, but in general we probably spent about six months on it.

With the touring, now that you're working with a band and doing shows, how has that influenced the sound and how the album turned out?

I've always appreciated more guitar-driven and in general just rock music; that's what I listen to. I don't really listen to electronic music. I got into electronic just through my affinity for technology, but that was more of an experimental thing. Over time I learned guitar and started incorporating more and more of that, and I started working with Zac Brown, a friend of mine from Sacramento who plays bass and guitar for the live show. So I started incorporating him into the live show, and it kind of grew out of that when we were practicing, we'd just be messing around and really interesting stuff would come out of it. This definitely a band record, a three-piece. It evolved out of the live show. 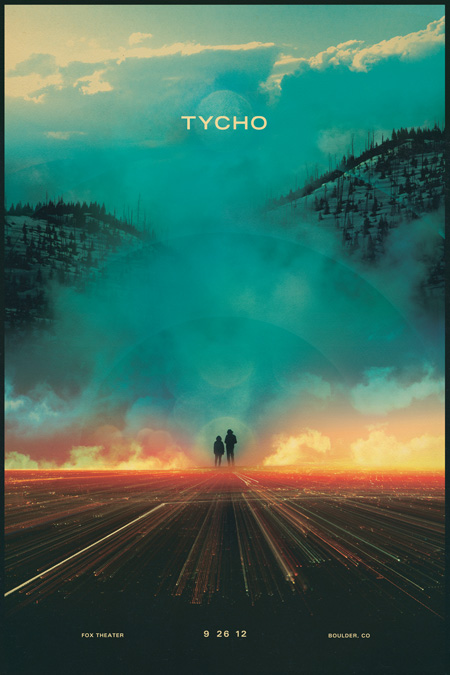 So what would you say is the biggest difference between this album and Dive?

With Dive, my process was similar to what I did with [previous album] Past is Prologue, which is kind of these meandering journeys that explored every possible permutation of the core idea. Whereas this one is this very focused, sharpened idea — we constantly were [asking], what's the core idea here, and how can we express it in the most efficient way possible? So we did a lot of cutting and slicing things up, and spent a lot more thinking about what we're trying to get across, as opposed to before where it was just experimental, and throwing everything at the wall and seeing what stuck.

What is the main thing you were trying to get across with this album?

It's hard to articulate. The whole idea of this music, and instrumental music in general, for me is creating this framework for other people to project their ideas or emotions on to. It's not like I set out to say this is about this, or this is about that. I couldn't really speak to that specifically, but I think that I definitely wanted to project this new, darker feel — not in the emotional sense, but I think in terms of colors.

So this was more in that tonal palette range, darker blue. That's what I wanted it to feel like — maybe you were in a darkened room with some lights and silhouettes in the distance. I just wanted it to feel more driven and have more of an edge to it, whereas the old stuff felt more round and light.

What's your process like when it comes to sitting down to write a new song?

It varies, but in general I usually start with either a short guitar or keyboard melody, a few measures of something, and then create a loop. I'll layer under that some bass, and then I'll start fleshing it out with rhythmic elements. With this album I did that, and created these concepts, and then I'd get together with Zac and we basically tore it all down and started over again. And then once we got [drummer Rory O'Connor] in there with the drums, that was the most interesting part, because it really changed the dynamics of the arrangements in a huge way.

I feel like, with drum programming, the way I used to do it, I'd think of how somebody would play these drum patterns and then try to replicate that through programming. It's not that it's better or worse, it's just a different style. I've always wanted to work with an actual drummer, where they can create these arcs, so that really steered the whole thing in another direction. It's like a three-step process, and at each stage the song is almost remixed based on the new input.

A lot of electronic artists, like Com Truise or Pilotpriest, seem to approach a new album like they're scoring a cyberpunk sci-fi movie that doesn't actually exist. How does that compare to your approach to a new album?

I wish I could say that there was this specific vision where I was saying, "This is this scene." But I think it really comes out after the fact. It's more as the song starts to develop, I start to see visuals, and not the other way around. It's never like, I'm going to make the song where you're standing on a mountain looking over a valley, or something. There's never that intention built into it that early on. I think it's mostly translating these vague moods or emotions without any lyrics.

Previously you had these two separate personas for your music and visual work. What was the reasoning behind that, and does it feel like they've come together now?

I don't think it was a conscious decision at first, I just didn't see the connection between them. I was always a visual artist my whole life, and I came to music really late — when I was 21 or 22 was the first time I ever touched a musical instrument.

"As the song starts to develop, I start to see visuals."

For me it was always this fun side hobby. The technology was what I was interested in, that was a gateway for me. My visual work always held more weight because I felt like I was more practiced at it. As I was able to devote more time to learning and practicing music, it started to hold more weight. Then I started to realize that there was a big connection between the two in terms of the idea that I was trying to express. I realized that they were basically one and the same. So now, I see Tycho as an audiovisual project. Any design or visual work I'm doing now is dedicated solely to the music project.

What do you think the visual component adds?

I wonder about that. If you see the live show, it's definitely a big component of that. That all feels more personal, because it's not like we just hired a lighting director or hired somebody to create visuals who may or may not really understand what the music was about. In that respect it's good. For the overall brand, it's interesting just because it's a very consistent thing, all of the album covers and visuals are coming from the same place as the music. For me, it feels like a more cohesive thing.

Do you find that the two influence each other. Like a visual will inspire a song, or vice versa?

It's always the other way around. It's always the music comes first and anything visual comes second. A lot of the time I'm creating the imagery as I go. With this record cover, I made the image way back when we were just starting on the album, and kept developing it and tweaking it over time. I think it was being influenced by the music. But then part of me looks back and thinks that maybe that's not so much the case, it's more just that I'm creating these things in parallel and they're both being influenced by the same ideas and the same concepts, but there's not as much interplay between them as I sometimes want to believe. 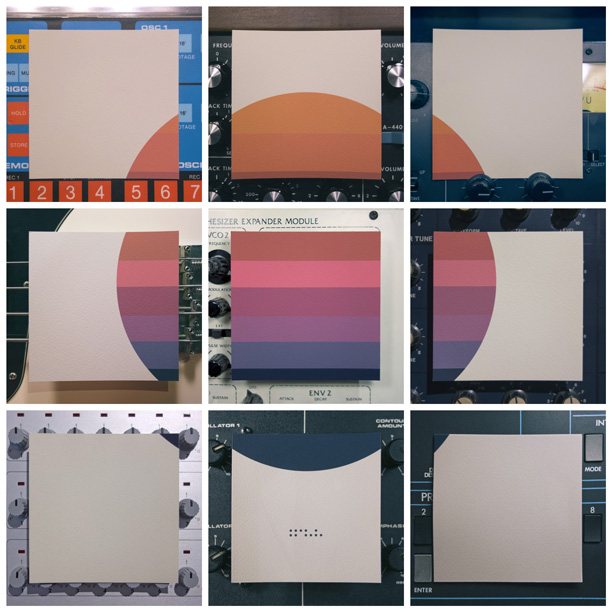 You said you were late to music, did you ever expect it to become your career? Was that a goal?

Absolutely not. Every few days I think this is crazy that I'm doing this for a living now. I think it was a goal and part of the overall vision, but I don't think it's something that I ever really believed in wholeheartedly, until maybe a few years in. And even then it was kind of a jumping-off-a-cliff- type thing — hopefully I land softly. I never really thought it was going to work, I just felt like I owed it to myself to at least try and focus on this 100 percent, instead of having my foot in both worlds like I used to. I used to do a lot of freelance graphic design, and that just took up a lot of my energy. I was never really able to fully realize the vision because I wasn't putting the time in that it deserved.

Now that the album is complete, what's next?

The big thing on the horizon for me is video. I feel like it's the closest thing to a perfect mix between music and design, because it has the motion and it has the dynamics of music, while at the same time having the aesthetic components of design. It's a nice mix. The imagery just becomes so much more powerful when it's moving along with music. That's something that I've always wanted to spend more time with, but I just haven't had the time.