The Gear Fit is what wearables should look like

The Gear Fit is what wearables should look like

Samsung steals its own limelight with a smartly designed fitness band

The original Galaxy Gear was always a beta device. Samsung’s first smartwatch was testing waters the company had never waded in before, and it took a lot of well-earned criticism for its shortcomings. Less than six months later, however, Samsung returns to the fray with a new smart wearable that provokes a drastically different reaction: desire. Where the original was bulky and uncomfortable, the Gear Fit is slender and form-fitting. The Gear was rich on features but lacked a clear purpose — a problem arguably shared by the Gear 2 and Gear 2 Neo. The Fit, on the other hand, is clear-eyed in purpose and minimal in design.

Samsung's rare restraint has produced its most innovative device in years

Every hardware spec of the Gear Fit serves a function. Yes, the Super AMOLED display is nice to look at, but it’s also a way to preserve battery power and delivers the excellent viewing angles that a glanceable device requires. Unlike the Galaxy Round smartphone, having a curved display here actually makes perfect sense as it eliminates the elongated flat slab that most current smartwatches force onto your wrist. Giving it a touchscreen also helps by removing the need for multiple buttons (the Fit has just one). In many ways, the Gear Fit feels like a Gear that’s been stripped of everything superfluous and focused into a viscerally purposeful device. An egg of an idea hatching into an adorable chick.

The Fit’s software is spartan but effective. You scroll laterally between menu items and the things you can interact with are large enough to thumb comfortably. It’s a familiar smartphone interface, stripped down in an intelligent way. That’s almost the converse of what the original and second-generation Gear smartwatches offer — their effort to do everything is what prevents them from doing any single thing right. The truth is that if the Gear Fit is as good over the long run as its first impression suggests, there might never be a need for a Gear 3. 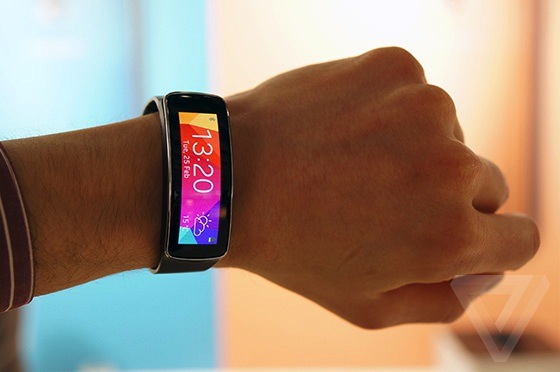 If the Gear Fit lives up to its promise, there might never be a need for a Gear 3

Having kept the Gear Fit under wraps all the way until its debut this week, Samsung has completely taken over Mobile World Congress with its new fitness band. The Korean company was already assured the most attention at the trade show, but the early hype was about its next flagship Galaxy smartphone, not a new wearable. The Gear Fit has overshadowed the mild smartphone upgrade and it’s shown Samsung at its best: learning from its own mistakes and those of others, iterating quickly, and harnessing its considerable engineering reserves.

Nobody can match Samsung's scale and supply chain

The Gear Fit is important. Recall the drastic changes that occurred between the original Galaxy S and the superb Galaxy S II — when Android smartphones were still finding their perfect formula, there was much more room for innovation and risk-taking, and that’s very much where wearable technology is today. By being willing to try and fail with the Galaxy Gear, and then return with both subtle and drastic changes — as embodied by the Gear 2 and Gear Fit, respectively — Samsung is indeed moving toward its goal of taking the lead in a new category. It’s appropriate that the Gear Fit is being introduced at the same event as Samsung’s announcement of 200 million Galaxy S device sales. As growth and innovation in the smartphone world stagnate, wearables like the Fit promise to catalyze a whole new market of devices. What makes it unique is Samsung’s enormous scale, capability, and supply-chain control — it has the chance to take over a new market just as it’s beginning. 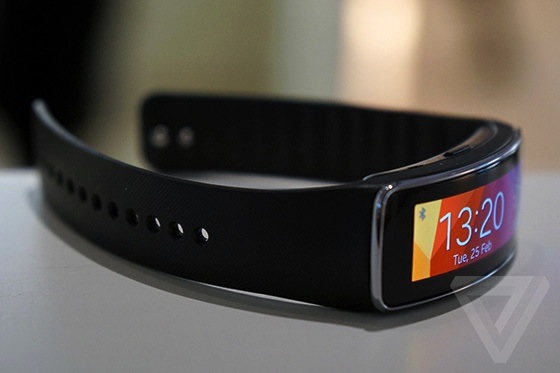 The Pebble smartwatch proved that a more constrained but clearly focused device is the best fit for your wrist. The cornucopia of iWatch concepts showed that wraparound displays are emotionally appealing to consumers. Samsung has heeded both trends, married them to its vast engineering talent, and the product has been the Gear Fit.

It’s not Samsung’s first wearable device, nor is it the first fitness band ever, but the Gear Fit promises to set the agenda for both going forward. The Fit is uncomplicated and beautiful — an embodiment of what most of us imagine future technology to look like. It still has questions to answer, with the most important being the price and the quality of the software, but it’s already made the wearable category more exciting and attractive to the people who are expected to buy into it.