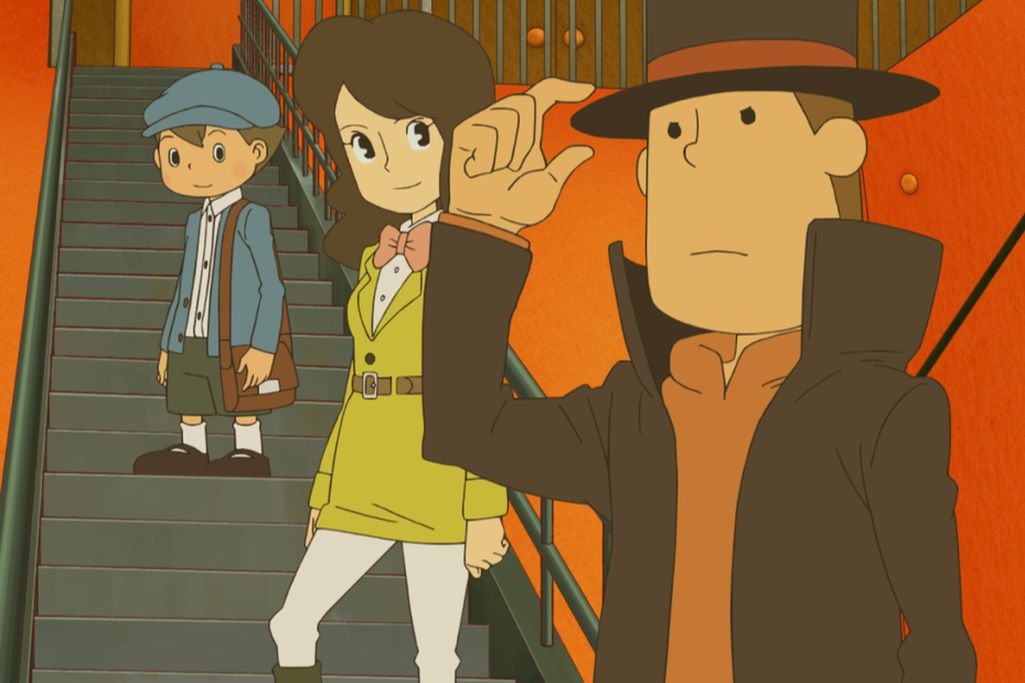 Since the first game launched on the Nintendo DS in 2007, the Professor Layton series has been one of the best reasons to own a Nintendo handheld. The games artfully blend puzzle solving and an ongoing whodunit narrative into a fantastic experience that has spawned six games, a mobile spin-off, and even an animated film. This week Professor Layton and the Azran Legacy is launching on 3DS, a game that closes the loop on the series' second trilogy. It exemplifies everything that's great about the franchise: it tells an engaging story, is filled with wonderful characters and challenging puzzles, and features absolutely beautiful art and animation. The continued adventures of a puzzle-loving archaeology professor from London and his young apprentice are nothing if not charming. But, in terms of how it plays, it's almost identical to every other Layton game before it. Across six games and two platforms, the series has barely changed at all.

So why can't I stop playing it? Azran Legacy is the third part of a prequel trilogy, which tells the story leading up to the very first Layton game Curious Village. Much like a good Sherlock Holmes tale, there's an overarching narrative that ties the game to the rest of the series, but the core mystery stands on its own. At the outset of the game, Layton, his apprentice Luke, and his assistant Emmy set out to investigate a strange occurrence in a snowy village. What’s initially described as a living mummy turns out to be a young girl suspended in ice, and the trio is quickly pulled into a much larger story involving an ancient, technologically advanced race known as the Azran. Azran relics are very powerful, and the game becomes a race to find them all before a sinister organization known as the Targent can get its hands on them. It's a globetrotting journey that will have you traveling the world in an airship, scouring jungles and deserts in search of ancient artifacts that will unlock the secrets of the Azran.

As with every other game in the series, Azran Legacy is a strange mix of a puzzle book you'd pick up at the drugstore and a high-quality animated movie in the vein of Studio Ghibli. (Coincidentally, Layton developer Level 5 partnered with Ghibli on last year's PlayStation 3 hit Ni No Kuni.) As you progress through the game, you'll explore new locations, talk with lots of characters, and watch beautiful, wonderfully voiced cut scenes that help further the story along. There's no real action in the game at all. Instead, its challenge comes from its many, many puzzles.

Unlike in more traditional point-and-click adventure games like Broken Age, these puzzles aren't really integrated into the story at all. You won't have to search for items and clues in order to get through an unlocked door, for example. Instead, Layton's world is simply one where everyone wants to give you a brainteaser, and they won't help you out until you solve it. Even squirrels have puzzles for you. It doesn't really make sense, but the blend of story and puzzle works well together regardless.

The tests in Azran Legacy are as varied and challenging as in past games, testing your powers of observation, your math skills, and occasionally your ability to parse unclear instructions. But even when the puzzles are particularly devious, the hint system is incredibly helpful: as you play you'll be able to find coins, which can be spent on unlocking up to five hints for each puzzle. Because they’re in limited supply, you’ll end up only using them when you really need to. And since not every puzzle needs to be beaten to progress, you likely won't find yourself stuck for too long (there's also the option to save puzzles for later, so you can attack them again with a fresh brain). 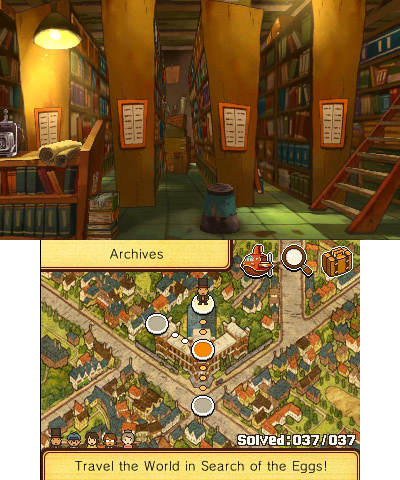 I love these characters, and I want to help them solve even more mysteries

First-person shooters and sports games are often accused of only making minor changes from one installment, releasing new games without actually adding anything substantial in terms of gameplay. The Professor Layton series is similar in this regard. Aside from a few minigames and slightly updated visuals, 2014's Azran Legacy is remarkably similar to 2007's Curious Village. It might not be big on change, but the Layton series works because it's just so well done. I've solved hundreds of puzzles over the course of six games, and I'm far from bored of them — in fact, I can't wait for the downloadable content to start flowing on launch day so that I can have even more puzzles to solve.

Likewise, I've spent so much time with Layton, Luke, and Emmy, yet each game leaves me itching to find out just what happens next. It's the power of a mystery-focused narrative. I look forward to a new Layton game the same way that I do a new season of Sherlock or the latest Department Q novel. I love these characters, and I want to help them solve even more mysteries.

Unfortunately, after seven wonderful years, it looks like the series is finally due for a big change. Last year in Japan, Level 5 unveiled a game called Layton 7 for iOS, Android, and the 3DS. It's described as a role playing puzzle game and features a dramatically different look from the rest of the series, with an isometric perspective and simple 3D graphics in place of the lush, hand-drawn style of previous entries. It might end up being terrific, but it certainly doesn't look like a Layton game.

And after all of this time, I still want more.