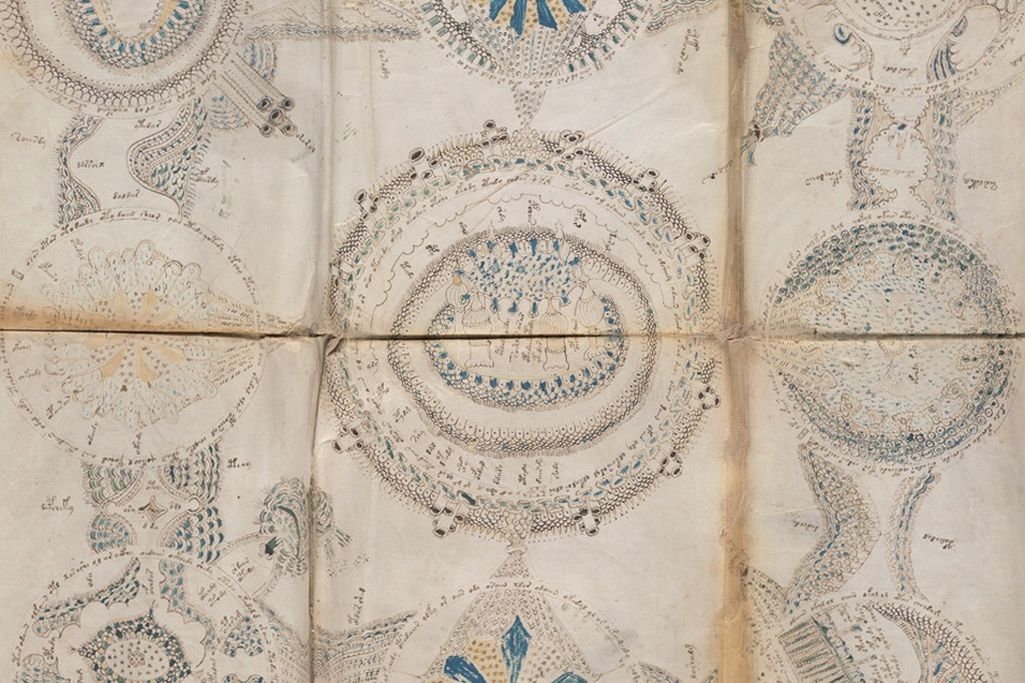 Around two-thirds of the way into the aged vellum pages of the Voynich manuscript, you'll find a line drawing of a bath. A pipe leads into it, another pipe leads away. Inside the bath, knee-deep in a green liquid, squat 16 naked women. Over the page, more naked women stand in the openings of ornate horns, seemingly suspended by jets of water and using their hands to support pipes, or archways, or rainbows.

All around these pictures — above, below, to the left and right, sometimes in gaps where the pictures connect with each other — you'll find text. It seems to be there to annotate the pictures, to explain their purpose, but there's a problem: the text in the 600-year-old book doesn't make any sense.

Since the manuscript was brought to the public's attention in 1912 — when antique book collector Wilfrid Voynich bought it in Italy — experts from a range of fields have tried their hardest to make sense of it. Cryptographers have tried to crack its code; linguists have tried to decipher its base language. Botanists have identified the plants sketched within its aged pages and attempted to cross-reference their ancient and modern names.

None have come up with a full cipher for the Voynich manuscript's strange text. Few claim to even understand any of its words. Of them, Professor Stephen Bax is perhaps the closest to having a claim to making some progress. Bax, a professor in applied linguistics at the University of Bedford, announced last week that he has provisionally decoded 10 words and identified the approximate sound values for 14 symbols included in the manuscript. If his deductions are correct, they'd be the first words to be deciphered in the manuscript since Voynich rediscovered the book last century. Bax says they are a "springboard for the full decoding and eventual decipherment of the manuscript as a whole." 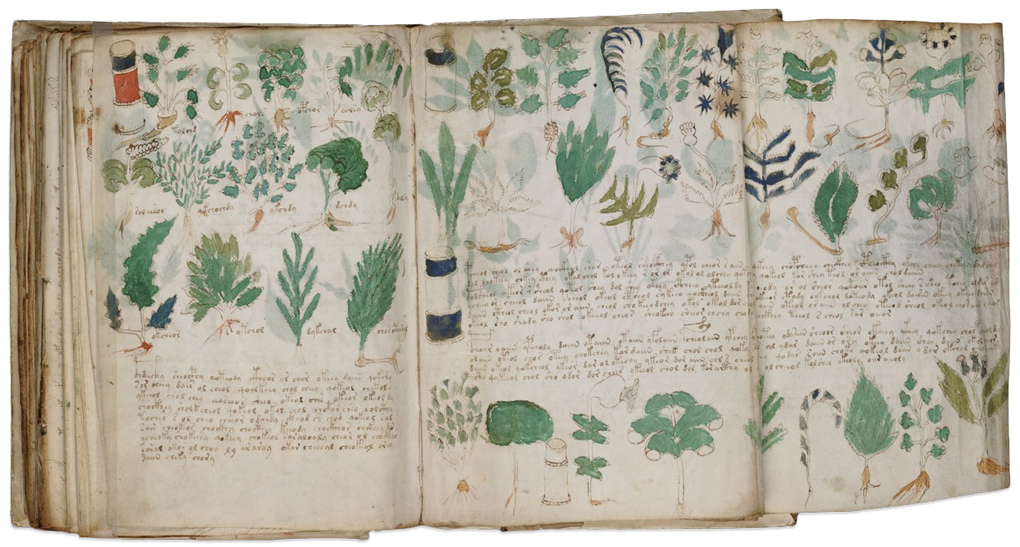 Almost everything we believe we know about the Voynich manuscript we don't really know for sure. It's a codex illustrated with strange figures and sketched plants that has been carbon-dated to between 1404 and 1438, and it could've come from Renaissance Italy. But there are discrepancies with this origin theory: the sunflowers shown in the manuscript's pages, for example, didn't grow in Europe during the 15th century.

There is no default, accepted theory to explain the manuscript's provenance, and any theory that gains traction is usually disproven or disregarded by the huge community of amateur and professional Voynich scholars. Ten years ago news reports appeared suggesting the document was a hoax, written 100 years after its carbon-dated vellum suggests. It might've come from Mexico. Or it could've been a philosophical experiment, or a work of art or, according to theoretical physicist Andreas Schinner, put together by an "an autistic monk, who subconsciously followed a strange mathematical algorithm in his head." Or aliens wrote it. 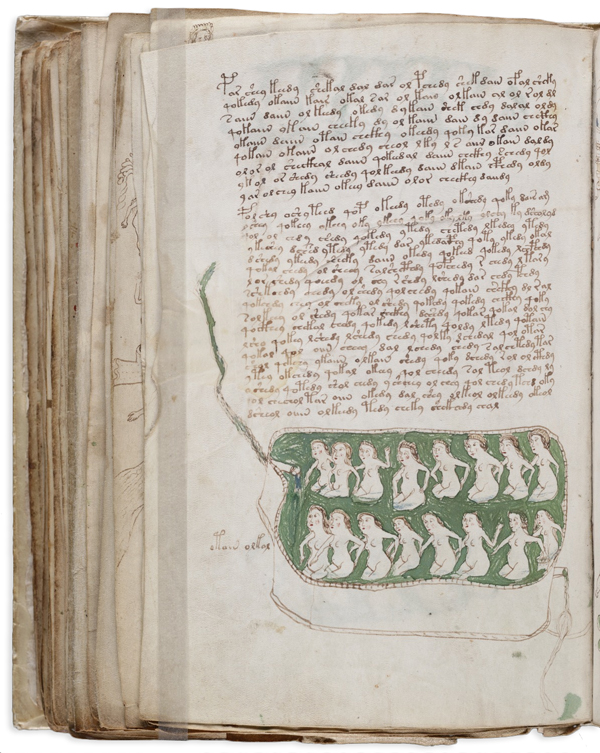 Professor Bax believes the manuscript — which is available online to read at the Yale Beinecke Library's website — is as old as its carbon-dating suggests. Speaking informally in a question and answer session on Reddit, he said he thought it was probably written in an "invented script, probably by a small group trying to study and pass on knowledge." That group, he said, was based "maybe in a region not far from Europe" such as Turkey, Iran, or the Caucasus. He speculated that they may have died out, possibly as a result of war. There's a huge history of Voynich manuscript scholarship, speculation, and contention — and Bax's take on the origins of the manuscript is just the latest in a centuries-old debate.

Bax's method of deciphering the 10 words and 14 sounds was similar to that used by Jean-François Champollion and Thomas Young, who were the first to decode Egyptian hieroglyphics. Champollion searched for the known names of pharaohs to put symbols against sounds; Bax took words in the manuscript that appeared to annotate specific drawings — seven plants and one constellation — and connected them to the names of things that seemed similar in other languages. Bax connected a word that appeared to label a picture of a juniper plant with an annotation that appeared to read "oror" and noted the similarity between the word and the Arabic and Hebrew word for the same plant, "arar." He moved on in a similar manner, finding connections between known languages and the mystifying manuscript text that seemingly allowed him to decode words such as "taurus" and "coriander" in the 600-year-old document. 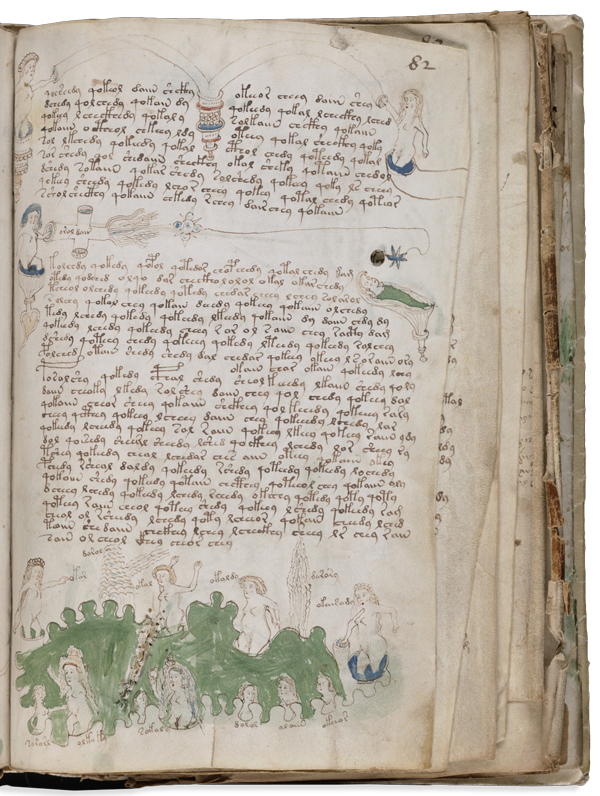 The professor is convinced the manuscript is not a hoax. It is, he suggests in his findings, "probably an exploratory treatise on nature," but others have taken issue with his diagnosis. Nick Pelling, whose Cipher Mysteries site is home to research and opinions on coded historical documents, blasted Bax's methodology and findings in a seven-part publication. As one of the internet's most prolific writers on the subject of the Voynich manuscript, Pelling called Bax's readings "subjective," "basically unworkable," and "just ridiculous."

Bax replied in a similarly detailed post, saying that Pelling had "failed to read [Bax's] paper carefully" and jumped to "the wrong conclusions." Pelling's issues are primarily with very specific points in Bax's hypothesis —the coded reference to "coriander," he argues, is believed by some to be a copying error on behalf of the author — but they show just how varied the approaches to decoding the mysterious manuscript have been. He also accuses Bax of using "hopeful" plant identifications that he says are likely incorrect. Arthur Tucker, from the Delaware State University Department of Agriculture, agrees, saying that Bax's plant identifications were "naïve and mostly wrong."

This kind of contention isn't new for the Voynich manuscript. Since its discovery, researchers have taken vastly different approaches to decoding the document and decried other methods. After rediscovering the book at the beginning of the 20th century, Wilfrid Voynich —who added to its mystery by saying he discovered the book in "an ancient castle in southern Europe" — gave the document to William Newbold, a professor at the University of Pennsylvania, to decode. Newbold became convinced that "tiny squiggles" in the manuscript's text were the key to unlocking its secrets, and asThe New Yorker describes, spent his final years and his fading eyesight with magnifying glass in hand, trying to decode apparent patterns in the random way the centuries-old ink had dried.

Newbold was followed in his research by William Friedman. Friedman, who helped decode Japanese transmissions during World War II and would go on to help found the National Security Agency and become its first chief cryptologist, debunked Newbold's theories but was unable to come up with his own translation. He gave up on the manuscript after three decades of work, calling it impossible to decipher even after he collected a group of codebreaking experts just before the end of World War II and convinced them to work on the manuscript. The 1970s brought further research, as professors such as William Ralph Bennett started to use computers in an attempt to crack the manuscript's code. In the same decade, Voynich researcher John Stojko proposed that the Voynich manuscript was written in a modified version of the Ukrainian language.

But research into the document didn't begin with Voynich's rediscovery in the 20th century. Historians say Holy Roman Emperor Rudolf II (1552-1612) became interested in the book and paid 600 ducats — $90,000 in modern money, according to The New Yorker — in order to get his hands on it. From Rudolf II, it made its way through a succession of Renaissance thinkers who were obsessed with deciphering it. 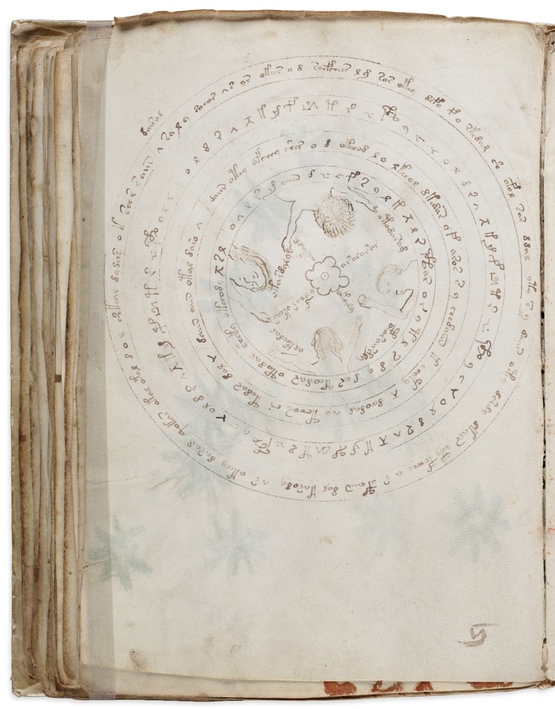 The methods these early scholars used to decipher the manuscript — which was already two centuries old in the 1600s — aren't totally clear, but modern Voynich researcher René Zandbergen mentions one way in which the document was first studied. Zandbergen describes an erased cipher table in the margin of the manuscript's first folio that is reportedly partially visible under ultraviolet light. The table — displaying the Latin alphabet placed alongside the manuscript's text — hasn't been dated, but Zandbergen suggests it was drawn by some of the first scholars who attempted to decrypt the manuscript.

It's perhaps because nobody has been able to agree on how best to study the document, let alone what it says, that the Voynich manuscript exerts such a pull over both academics and hobbyists. Linguists, codebreakers, cryptographers, astronomers, historians, those convinced that aliens landed in the 15th century and wrote a weird book: all can throw their intellectual efforts at a document that has resisted translation for 600 years. Pelling called its study "academic suicide," a near-impossible case that bested emperors, codebreakers, and some of history's strongest minds without anything to show for it.

Will Bax succeed at cracking the text where dozens before him have failed, or is it destined to confound another six centuries' worth of scholars and conspiracy theorists? That's an open question — but if the professor is doubting his work, he isn't tipping his hand. As he writes, "Why on earth would anyone waste their time on creating a hoax of this kind? It's just not credible, is it?"