The next flu drug might already be in your medicine cabinet

The next flu drug might already be in your medicine cabinet

A group of cheap, common medications could save lives — so why aren't we investigating them?

On January 31st, billions around the world rang in the Chinese Lunar New Year. Hualan Chen, a scientist with the Chinese Academy of Agricultural Science, however, celebrated from her office. Like so many days before, Chen got to work and immediately checked the number of new cases of H7N9 flu that had been recorded overnight. After a small outbreak in 2013 the virus had gone quiet, only to resurge with a vengeance in December.

The situation is changing so rapidly that Chen can hardly keep up. "I think this virus is a bigger problem than people realize. There is a high chance of a pandemic if it continues to spread because no one has immunity to this virus," she told attendees at a recent conference. "If there is sustained human-to-human transmission, it won't just be a problem for China, it will be a disaster for the world."

"It will be a disaster for the world."

Indeed, health officials worry that the H7N9 cases in China are the beginnings of yet another pandemic — one for which we're woefully unprepared. Although the public health community has been readying for The Next Big One, recent history shows that even smaller pandemics can cause serious problems. In 2009, for instance, the H1N1 pandemic popped up seemingly out of nowhere and showed that our ability to rapidly distribute vaccine and antiviral medication wasn't nearly effective enough.

"Even just this little pipsqueak of an epidemic showed that we couldn't get vaccines to the people who needed it in time, even in the US — the country with one of the most advanced health systems in the world," says David Fedson, a retired infectious disease and vaccine expert from the University of Virginia. "The vaccine prevented maybe 2 to 4 percent of swine flu deaths."

The 2009 epidemic and stirrings of a potential H7N9 epidemic have mobilized Fedson and other public health experts to look for new ways to decrease the effects of seasonal and pandemic flu. And according to Fedson, one surprising group of drugs, called statins, might serve just that purpose. Typically used to reduce cholesterol, they might also turn down the body's immune response to the virus responsible for many flu-related hospitalizations and deaths.

Statins are cheap, safe, and widely available even in developing countries, which gives them a huge advantage over traditional vaccines and antivirals. Preliminary studies have hinted that people who take statins are less likely to die from influenza complications. But not everyone is convinced. Other scientists have pointed out flaws in the studies and say sufficient data doesn't yet exist.

Fedson, though, thinks we can't afford to wait. "Desperate circumstances will call for desperate measures," he says. "If there is a pandemic and people are sick, doctors will want to use anything they can get their hands on, and statins are everywhere."

Not just for the birds 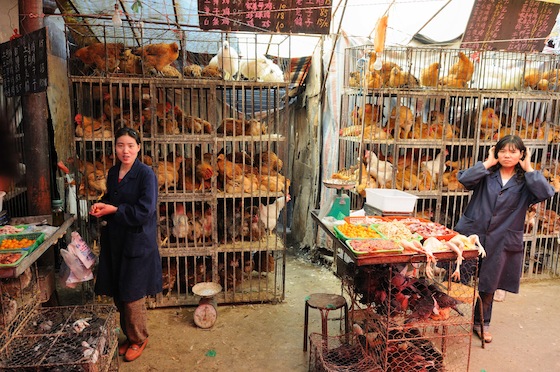 For thousands of years, humans have been battling influenza. Every winter, as temperatures drop and humidity declines, flu season starts like clockwork. Normal cases of seasonal influenza in the US are serious enough, causing 200,000 hospitalizations and anywhere from 3,000 to 49,000 deaths each year.

Every decade or two, however, a new strain pops up among the slew of viruses in birds and pigs. Our bodies respond most strongly to two proteins on the outside of the influenza virus: hemaglutinin (H) and neuraminidase (N). Flu viruses have countless varieties of Hs and Ns that mix together in birds and pigs in a process known as reassortment, which allows different Hs to match with different Ns. The result is a brand-new flu named after its specific combination of Hs and Ns such as H5N1 or H7N9.

The flu shot is far from perfect

The predominant mode of preventing infection is the flu shot, but it's far from perfect. It takes around six months to manufacture the vaccine, which means scientists have to take an educated guess in the spring about which strains are going to be circulating in the fall. It also means flu shots need to be repeated on a yearly basis. And antiviral medications aren't much better. To be effective they need to be taken within 48 hours of the first flu symptoms, and they're only available by prescription. They're also relatively pricey: around $120 for a 10-day course. It might not sound like much to people in the US, but the cost is out of reach for many in resource-poor countries.

Dialing down the immune system 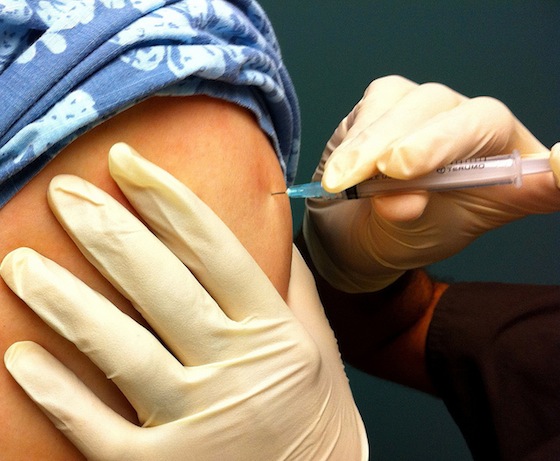 Both the vaccine and antiviral agents focus their efforts on the flu itself.

"What makes you feel so sick isn't the virus itself, but your immune system's attempts to kill the flu virus," says Jeff Kwong, a public health physician at the University of Toronto.

Since it's not the virus itself that's directly responsible for so many hospitalizations and deaths, Fedson began to contemplate drugs that could turn down the body's immune reaction just enough to keep it from causing life-threatening symptoms. Existing studies have shown that statins save lives not by decreasing cholesterol, but by decreasing the inflammation caused by low-density lipoproteins (LDLs, or "bad" cholesterol). Since inflammation is part of the immune response, Fedson believed that statins might also help turn down that reaction in people with influenza. Despite repeatedly making his case to the World Health Organization (WHO) and other health authorities, no one seemed interested. "Flu scientists are so focused on the virus that they don't see anything else that might be going on," Fedson says.

On the surface, it seemed a victory for statins

Kwong was one of the first people to examine Fedson's ideas. Since most people on statins are older adults, and this is the group most frequently hospitalized for complications from influenza, it would be easy to look back and determine if statins were beneficial. In a study published in PLOS One, he and his colleagues compared around 1 million older Canadians who had been prescribed statins with an equal number of non-statin takers and measured how frequently they were hospitalized for pneumonia or influenza-related complications each flu season. The team found a small but significant benefit to statin takers: they were slightly less likely to be hospitalized for pneumonia, die from pneumonia, or die from any cause.

On the surface, it seemed a victory for statins. But Kwong still isn't so sure. "We don't know if the people who took the statins were hospitalized less and died less often because of the statin, or because they were healthier to begin with," he points out.

Not long after, Ann Thomas, an epidemiologist with the Oregon Public Health Division, did a similar look-back at influenza-related hospitalization and statin use in 59 counties during the 2007-2008 flu season. Her results, published in The Journal of Infectious Diseases, were remarkably similar to Kwong's. Older adults already taking statins when they were hospitalized for influenza were significantly less likely to die from influenza.

Initially, Thomas says she was convinced by the data and thought statins seemed extremely promising. Today, however, she's less convinced. "I think what we're seeing may be the Healthy User Effect — that people who take statins are healthier overall than those who don't," Thomas concludes.

"The potential payoff is huge."

Still, Fedson and some other scientists remain hopeful that more rigorous studies will reveal statins' helpful nature for influenza. "The idea is appealing," says Lester Kobzik, a professor of pathology at the Harvard School of Public Health. "The potential payoff is huge for pandemic scenarios, if it works ... but it remains an idea that needs more proof before it's ready for prime-time in the clinic." That proof, Kobzik says, would come in the form of randomized clinical trials — the gold standard for rigorous drug testing.

The problem, Fedson says, is getting funding for such trials — especially if the WHO and CDC aren't interested. And because many statins are now available in generic form — that's part of their appeal — pharmaceutical companies have little motivation to make an investment. "These drugs could save lives," Fedson says. "And we're just not paying attention."