Apple has released a new video celebrating the 30th anniversary of Mac. The company says the below clip was shot entirely with iPhones over the course of a single day. 15 camera crews were sent out across the world on January 24th with the goal of documenting "people doing amazing things with Apple products." In all, Apple captured over 70 hours of footage during the various shoots. Video from each location was sent back in real time to a command post in Los Angeles, where the project's director could make requests and guide videographers over FaceTime. All of that content was then edited down and given an original score — with a Mac, naturally.

"Thanks to the power of the Mac and the innovations it has inspired, an effort that normally takes months was accomplished in a matter of days," Apple says. This isn't exactly something that regular users could pull off though; Apple admits that "some additional equipment was used" and an expensive looking rig is visible in one behind-the-scenes shot. It also had the benefit of proven talent; Jake Scott, son of famed Hollywood director Ridley Scott, oversaw the project with the help of 21 editors. 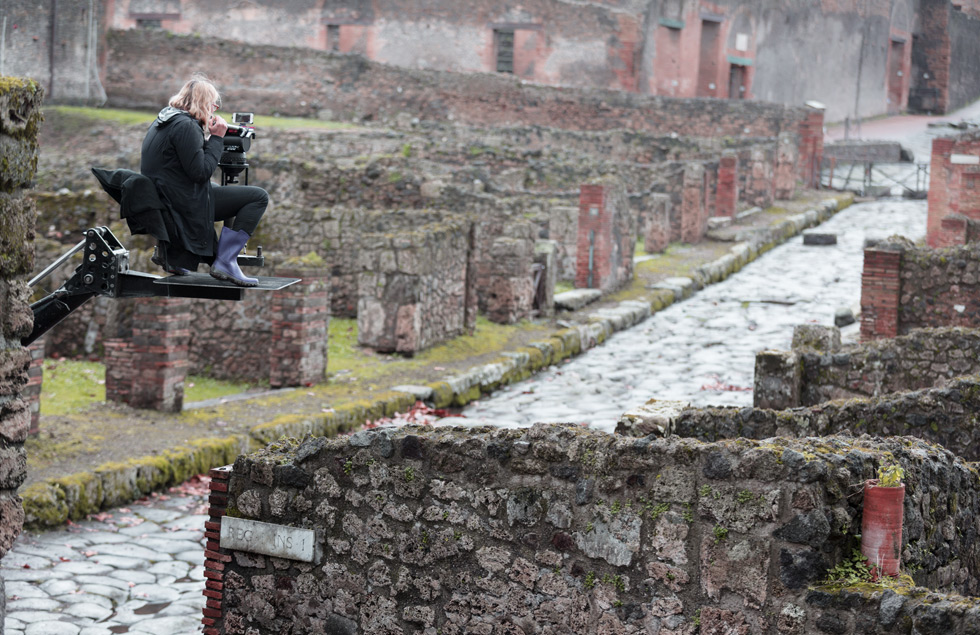 "From beginning to end, every facet of this production was made possible by innovations that trace their lineage back to the original Macintosh in 1984," Apple says. Notably, Apple chose not to release it as a Super Bowl ad Sunday night, opting instead to save millions in advertising dollars and launch the video on its own website the very next morning. More details on the major project can also be found there.

Update: Apple's posted a behind-the-scenes look at how the video was shot: