Share All sharing options for: The ultimate patent troll is going to trial against Google and Motorola

Few things are more despised in the tech community than patent trolls, and to many, Intellectual Ventures is the biggest one around. In January, the company took the next step in its evolution and took its patents to trial for the first time. The case is against Motorola Mobility and by extension Google, which hasn't yet turned the company over to Lenovo; its phone displays, software update system, and other elements allegedly infringe on six of Intellectual Ventures’ thousands of patents. While the jury deliberates, the court of public opinion has largely made up its mind: Intellectual Ventures may insist that it’s helping inventors, but convincing anyone it’s not abusing the patent system will be an uphill battle, especially in an environment that’s never been more hostile.

Intellectual Ventures describes itself as an "invention marketplace" — most simply, it buys up massive amounts of intellectual property and licenses it in bulk, serving as a kind of clearinghouse. Started by former Microsoft CTO Nathan Myhrvold in 2000 and initially funded by a who’s who of tech companies including Google, it touts a portfolio of 70,000 patent assets and $3 billion in licensing earnings, $500 million of which it says has been sent back to inventors. Every big name in tech, including Samsung, Apple, and Microsoft, has licensed patents from Intellectual Ventures, as have smaller startups like Nest.

Almost a decade went by before Intellectual Ventures started serving lawsuits. The company’s stated goal is incubating new products by connecting inventors with people who want to turn their ideas into reality: four years ago, it started Intellectual Ventures Lab, a research sandbox that’s produced things like a better vaccine-storage system for developing countries and a mosquito-zapping laser for fighting malaria. Its patent collection was initially pitched as a defensive tool for companies facing lawsuits; IV co-founder and former Intel legal counsel Peter Detkin himself is credited with coining the term "patent troll."

"I hope never to file a patent lawsuit."

As the patent portfolio grew, though, the company began to look less like a shield and more like a threat. According to an influential paper by legal researchers Robin Feldman and Tom Ewing, it started snapping up intellectual property in earnest around 2004 or 2005, making hundreds of deals a year for patents and patent applications. In an environment where patents could be handy weapons, Intellectual Ventures was assembling a massive arsenal. Myhrvold, however, insisted that the company wasn’t looking for trouble. "I've never filed a patent lawsuit. I hope never to file a patent lawsuit," he said in 2006, adding that they were a "ridiculous way to do business." By 2008, its $100-million licensing deals were being described by critics as tantamount to extortion, but the company had stayed out of court, even if it was accused of selling patents to litigious shell companies and, essentially, trolling by proxy.

The threat became explicit on December 8th, 2010, when Intellectual Ventures filed complaints against nine companies in the software security, flash memory, and integrated circuit industries. McAfee, Symantec, and others were accused of infringing on four antivirus patents, and computer-hardware manufacturers were said to be doing the same with patents on various system-architecture processes. While all but a handful of those defendants, including Trend Micro and Symantec, have settled, Intellectual Ventures said it was involved in a total of 10 lawsuits as of 2012. 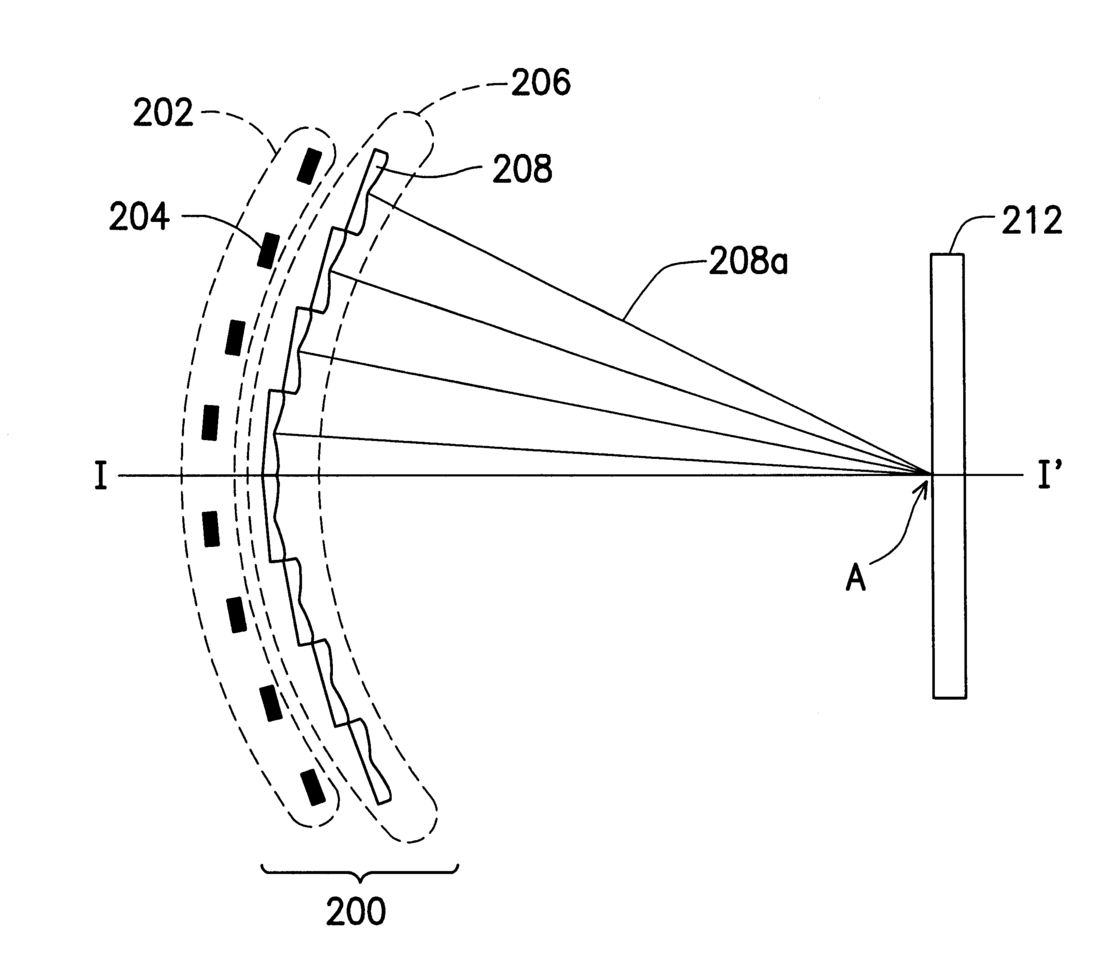 Patent lawsuits do not a troll make, but not only is Intellectual Ventures extremely powerful, tracking the path of any given patent it owns can be virtually impossible. Feldman and Ewing estimated that Intellectual Ventures had the fifth-largest collection of patents in the US, many hidden behind other names: the study identified 1,276 associated shell companies and believed more were still operating undetected. The central business claims no responsibility over many of these entities, obscuring how closely it's involved in any lawsuits they file. Where small trolls might fiercely litigate a handful of patents, it’s hard to tell where Intellectual Ventures’ influence ends. "There was this idea — why don’t we take this troll idea and scale it?" Ewing says now, though he's ambivalent about how well the simple "troll" label fits. "And that’s exactly what IV did."

The company has two suits pending against Motorola, the first filed in October of 2011 as it was in the middle of an acquisition by Google. The complaint claimed that Motorola had refused good-faith offers to license six patents covering a detachable handset and docking system, software updates, display technology, file-transfer processes, and other elements of various feature phones and Android devices like the Photon 4G and Atrix Lapdock. Another suit, this one covering seven patents, followed in 2013. When one company that makes products sues another, the defendant usually gains leverage by using its own set of patents: Samsung, for example, responded to Apple’s lawsuit by going after the iPhone and iPad. But since Intellectual Ventures doesn’t make anything, Motorola can’t accuse it of infringing anyone else’s patents.

If Google and Motorola want to win this case, they’ll have to convince a jury either that they’re not infringing Intellectual Ventures’ patents, or that those patents are invalid. If Intellectual Ventures’ patent defines a software update tool in terms that don’t match Motorola’s system, or if the steps it describes are so obvious that anyone could think of them, IV loses. Deciding either of these things, though, involves a long and expensive process in which the court figures out what exactly the patents mean and how they can be applied. After a verdict, a court might decide damages, or the two parties may simply settle, with Motorola agreeing to pay a licensing fee.

So far, Google hasn’t had great luck in 2014. Since the start of January, it’s suffered two legal defeats, one for push notifications and one for AdWords, at the hands of companies that can safely be described as patent trolls. Ewing believes that in this case, it may have taken a stand to put the larger Android ecosystem at ease. "You pretty much would want to fight your battle here, because there's a lot at stake," he says. "If I'm Google and suddenly this small Android manufacturer gets scared, that's not gonna go well for me." Google is in the process of selling Motorola to Lenovo, but it’s still liable for anything Motorola did under its watch. 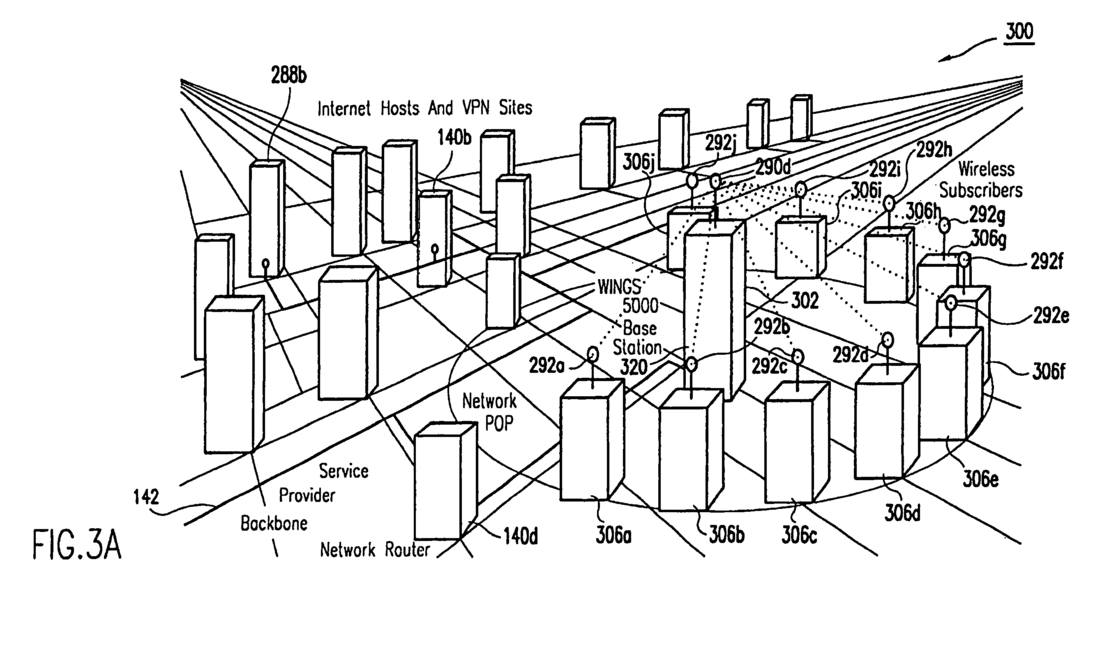 For a corporation like Google, Intellectual Ventures can be a powerful ally or a formidable enemy. But despite its reputation as the "world’s largest patent troll," small businesses may be more threatened by the profession’s new, seedy underbelly. A cluster of shell companies made the news last year for going directly after small businesses that simply used the allegedly patented technology. Claiming they owned patents covering the obvious process of scanning a document and sending it to email, they tried to extract royalties for any employee who practiced it. Going to court isn't an optimal outcome for anyone, but unlike Intellectual Ventures, these trolls rely on targets simply not having the time or money to fight back.The bill that’s currently in Congress is largely aimed at stopping such small-time trolls from filing obviously frivolous claims, hoping that companies will pay up rather than go through a long and expensive lawsuit — in fact, Intellectual Ventures has expressed support for it.

Intellectual Ventures itself has come out against the worst patent trolls

EFF attorney Julie Samuels, who currently fills the Mark Cuban Chair to Eliminate Stupid Patents, says that unsympathetic, bottom-feeding trolls have also drawn attention to the offenses of companies like Intellectual Ventures. "These cases had been going on for so many years: patent trolls going after large companies like the Motorolas, Googles, Apples of the world. And no one really cared," she says. "What’s changed is that a lot of these trolls have started going after smaller actors: end users, small startups, individuals, app developers. And that’s why we’re at the place we’re at in DC now." Patent reform has been an issue since the early days of Intellectual Ventures, but in 2014, it merited mention in the State of the Union address for the first time. "If I were Intellectual Ventures, I would be really pissed off about companies like the scanner troll. Because what they've done is made an incredibly bad name for an industry that was largely left alone before."

Intellectual Ventures’ case might be high-profile, but another patent trial could have much bigger implications. This year, the Supreme Court is hearing a case that could broadly decide what constitutes a software patent — one lower-court judge warned that the ruling could be "the death of hundreds of thousands of patents" across the financial and software industries. Intellectual Ventures could potentially see some of its patents invalidated, but the overall legal repercussions will likely be narrow.

Instead, Intellectual Ventures v. Motorola will be a trial with financial consequences for the people involved and symbolic consequences for the rest of us. In a year when Congress and the president are intent on cutting patent trolls off at the knees, it’s a concrete reminder of what’s at stake. Even so, the actual issue — whether Motorola’s designs are too close to the ones in the patents — isn’t what most people will be discussing. Outside the courtroom, the bigger questions are what power patents should hold in the first place, how easy it should be to get one, and whether the scales are tipped too far in favor of non-practicing entities like Intellectual Ventures. If Motorola and Google lose, they’ll have to pay up — but Intellectual Ventures won’t have convinced anyone that it’s in the right.

Fixing the patent system: government and industry push for reform