Sochi Olympics puts a humble logo on a garish games

Share All sharing options for: Sochi Olympics puts a humble logo on a garish games

The upcoming Winter Olympics in Sochi are set to be the most lavishly expensive that the world's ever seen, but you wouldn't know it by looking at the logo. A spartan blue font sets out the name of the venue and the year, with an outlined ".ru" subtly denoting the host nation and the fact that we live in the age of the web. Excepting the Olympic rings, there's no drawn element here, leaving the viewer to construct his own metaphors — such as the apparent reflection between Sochi's name and the year 2014, which has been argued to suggest the duality of combining tradition with innovation. 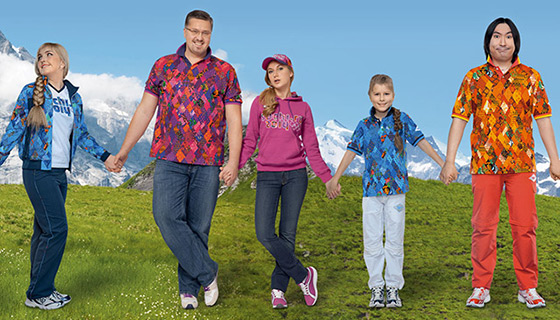 In discussing the logo's design with The New Yorker, Guo Chunning — who designed the Beijing 2008 emblem — says he was surprised by its minimalism and lack of a graphical element. Nonetheless, you don't have to go far to find the flair and outward confidence that the Sochi Olympics represents for Russia: a lot of the branding that the country is doing will actually manifest itself through the designs splashed across official facilities, transportation, merchandise, and apparel. That's where you'll find more direct invocations of Russia's art heritage with colorful and distinctive patterns. 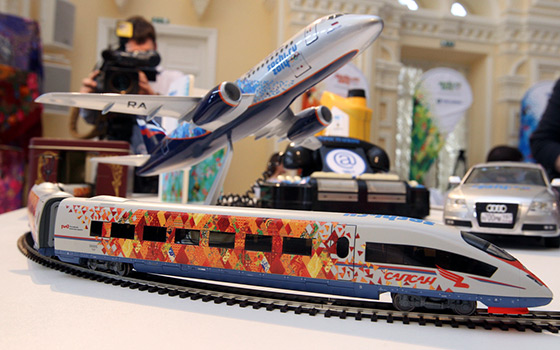 While the Russian look is an intriguing mix of understated and provocative aesthetics, it'll come up against stiff competition for attention from a pair of North American competitors. The Ralph Lauren-designed Team USA gear leaves no doubt about its patriotism with American flags knitted all over the team's uniforms, while Mexico's sole representative at the games will be dressed in a skintight mariachi outfit when he competes in the men's downhill skiing. 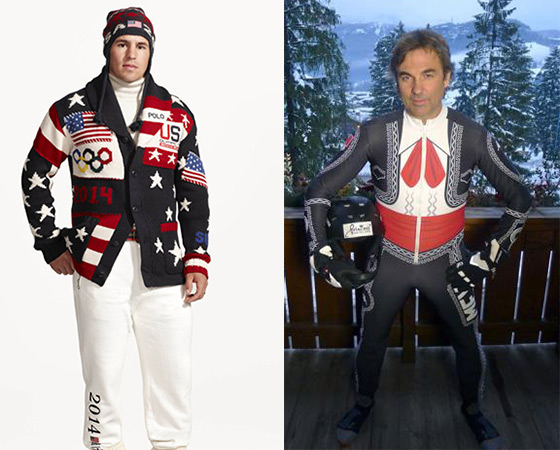