'The New Aibo': Sony taps its weird, wild past to sell a very normal smartphone

Share All sharing options for: 'The New Aibo': Sony taps its weird, wild past to sell a very normal smartphone

Aibo — a silver, artificially intelligent robotic dog that cost over a thousand dollars when it launched in 1999 — was perhaps the last visionary, science-fiction, out-of-this-world product to come out of Sony leading up to its eclipse by Samsung as the world's most prolific maker of consumer electronics. I vividly remember walking to the Sony Gallery on Chicago's Magnificent Mile and seeing a handful of Aibos plod around the floor, fenced in, making vaguely electronic noises while chasing pink balls tossed around by the many children who'd wandered in. Aibo was Weird Sony at its finest: it existed simply because Sony could make it, not because there was an enormous market for such a thing.

The dog, like the playground-esque Sony Gallery of Chicago, faded away years ago. It was a victim of practicality and, some would say, the innovation-for-innovation's-sake mentality that grew the Japanese company into a global powerhouse over the course of half a century. 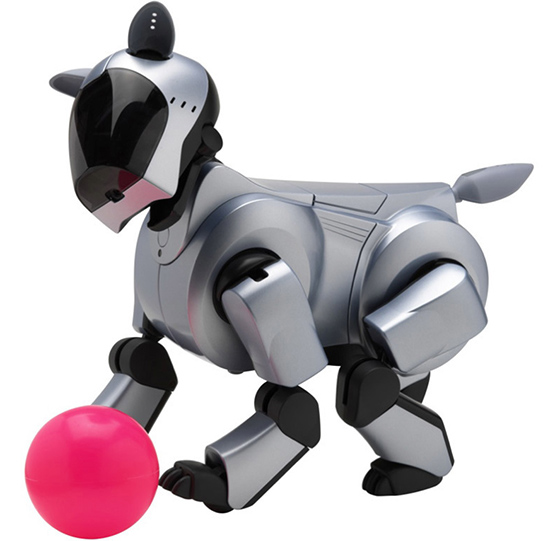 The real Aibo, which was first released in 1999.

If it seems confusing, that's because it is

Kaz Hirai's energetic reign at the helm gives hope that Sony is staging a comeback — and with it, we can hope, Weird Sony — but a new marketing campaign devised by the company's smartphone division may be a step in the wrong direction. With "The New Aibo," Sony has turned to Boss, billed as "Instagram's most badass French Bulldog" with over 150,000 followers, to draw a connection between modern social currency and the buzz generated by Aibo when it launched 15 years ago. The campaign is tied into the launch of Xperia Z1 Compact, a smaller version of the lauded Z1 introduced at CES last month.

If it seems confusing, that's because it is: despite calling this campaign "The New Aibo," there is no new Aibo here, nor a new Sony robot of any kind. There also isn't any Aibo-level innovation to speak of — the Z1 Compact is little more than a small Android smartphone (a particularly good one, granted, but just a smartphone nonetheless).

Of course, Sony is evoking Aibo because there is a certain romanticism tied to it and to the Sony of that era. People remember Weird Sony. Many remember their first Walkman. (A select few remember their Rolly.) Standing on the shoulders of 1990s Sony is, for Kaz Hirai and team, perhaps the first step to recreating its philosophy.

But for anyone hoping to see a new hilariously expensive, cute, and vaguely creepy Aibo today — and a new Sony behind it — your dreams are dashed: it's just another Android phone.

"The New Aibo" campaign officially kicks off on Thursday.