Share All sharing options for: HTC One successor pictured with a dual camera and same old design

A new year brings with it the promise of many a new flagship phone, and today we may have gotten our first look at HTC's next One, codenamed M8. An image depicts a device almost identically styled to the current One smartphone family, but which also includes a dual-LED flash and a second camera lens on the back of the phone. That meshes perfectly with a Bloomberg report from mid-January indicating the 2014 flagship will retain the all-aluminum design and move to a bigger screen and "twin-sensor camera."

Toshiba has already developed such a dual-sensor camera module, whose purpose is primarily to allow Lytro-like refocusing after a picture is taken. Given the importance of camera technology in modern smartphones, moving to this setup is a brave move for HTC — the second camera is liable to be treated as a gimmick until it proves itself manifestly better than software solutions like Nokia's Refocus.

In a separate image from the same source, an outline of the front of the 2014 HTC One illustrates a device without any physical or capacitive keys, again agreeing with recent speculation about this handset being HTC's first smartphone to eschew such buttons. While none of this is confirmed as of yet, the agreement among the various strands of speculation would suggest that we are indeed looking at HTC's upcoming flagship phone. The only question is, will it be announced at MWC at the end of this month or, as Bloomberg suggests, later in March? 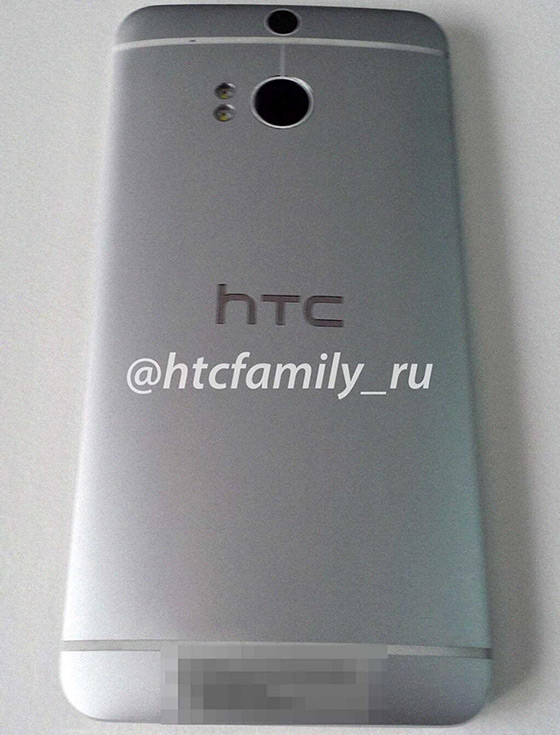