The European Commission announced today that it has reached a tentative agreement with Google to end a three-year antitrust investigation into how the company displays search results. Under the proposed agreement, Google will display search results from three of its competitors alongside results promoting its own services. Over the coming weeks, the EC will determine whether to make the agreement legally binding, after consulting with Google competitors. By settling with the EC, Google would presumably avoid paying a fine of up to $5 billion, or 10 percent of its 2012 revenue.

European regulators began investigating Google in 2010, amid concerns that the search giant uses its market dominance to promote its own services while burying search results from competitors. Google has made several settlement offers over the past year, including three since October, when EU Competition Commissioner Joaquin Almunia deemed the company's proposal unacceptable. Today, Alumnia said Google's latest proposal would be more effective in protecting consumer choice and competitiveness.

"it provides users with real choice between competing services."

"I believe that the new proposal obtained from Google after long and difficult talks can now address the commission's concerns," Alumnia said. "Without preventing Google from improving its own services, it provides users with real choice between competing services presented in a comparable way; it is then up to them to choose the best alternative. This way, both Google and its rivals will be able and encouraged to innovate and improve their offerings."

"Turning this proposal into a legally binding obligation for Google would ensure that competitive conditions are both restored quickly and maintained over the next years," he added.

Under the agreement, Google would label search results from its own services, differentiating them from normal web results, and would "display prominent links" to services from three rival companies. These rival links would be selected "in an objective manner," and displayed in a way that's comparable to results from Google services. 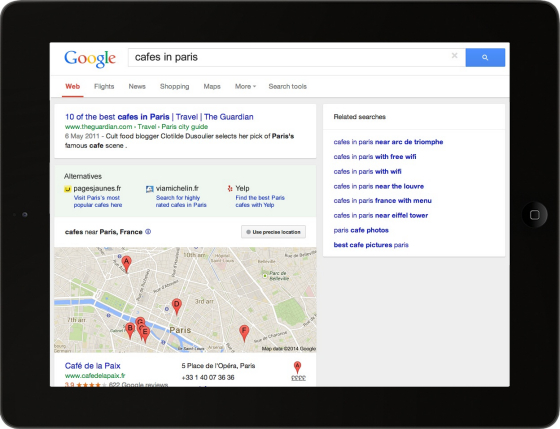 Google has also agreed to allow third-party companies to opt out of its search services without impacting their standing in search results. The company's compliance with the proposed rules would be monitored by an independent body over the next five years. According to Alumnia, the proposed changes would only affect European users.

Today's announcement comes more than a year after Google struck a similar settlement with the US Federal Trade Commission (FTC), bringing a 19-month antitrust investigation to a close.