Take two: Amazon Studios brings the fight to Netflix with its newest pilots

A streaming competitor worth worrying about

Share All sharing options for: Take two: Amazon Studios brings the fight to Netflix with its newest pilots

Last year Amazon Studios joined the original content game with its first two series, the comedies Betas and Alpha House. Both programs received generally favorable reviews, but they didn’t exactly turn into cultural juggernauts — and meanwhile Netflix was taking victory laps at the Emmys and Golden Globes. For better or worse, prestige has always been earned on the battlefield of drama, and without a House of Cards or Orange is the New Black Amazon was letting Netflix become the de-facto destination for high-quality original programming on the internet.

Today, that’s changed. Amazon is back with a slate of 10 new pilots, using the same crowdsourced process as before: Amazon Prime customers can stream the episodes for free, weigh in with their opinion, and help determine what becomes a full-fledged series. Shows aimed at children account for half of the new pilots, but it’s the mature fare that marks a real departure. Running the gamut from dark comedy to noir to the latest from X-Files mastermind Chris Carter, the emphasis is almost entirely on mature, dramatic subject matter — and after watching the full line-up, it’s clear that Netflix is no longer the only game in town.

"I think the first wave [of pilots] went well and had good results," says Roy Price, director of Amazon Studios. Piloting shows not only provides feedback for creators, but for the studio as well — and that safety net of customer feedback gives Amazon the freedom to become a little more ambitious. "It allows us to probably take more chances than you might otherwise, in that you know you’re going to do a pilot and you can put it in front of customers," he says. "I think that’s very liberating and it opens the opportunity for interesting and new concepts."

For this crop of pilots, that’s resulted in two one-hour dramas. Chris Carter’s The After is the kind of ensemble sci-fi mystery that populated the airwaves in the wake of Lost. Heavy on the intrigue, it hums along at a brisk pace before hitting a cliffhanger ending that will have both X-Files and Millenium fans ready for another episode. Bosch is a television adaptation of Michael Connelly’s best-selling novels, focusing on a modern day Los Angeles detective (played by TV mainstay Titus Welliver), and filled with all the crackling dialogue and dark turns of classic noir.

'Bosch' and 'Mozart in the Jungle' are visual standouts

On the half-hour side, Jill Soloway (United States of Tara, Six Feet Under) has created the comedic drama Transparent about a dysfunctional family in Los Angeles, while Mozart in the Jungle explores the sex-and-drugs fueled underbelly of the New York classical music scene. Though billed as a comedy, it’s more of a smart and sexy soap — think Gossip Girl with oboes — succeeding in no small part due to its creative pedigree (the pilot was written by Jason Schwartzman, Roman Coppola, and Alex Timbers, and features Gael Garcia Bernal as a visionary conductor). Only The Rebels — a comedy about a trophy wife running a football team — goes for caricatured, slapstick laughs, and it’s arguably the only misstep in the bunch.

From top to bottom, production values are higher this time around — Price says budgets are on par with cable and network counterparts — with Bosch and Mozart in the Jungle serving as particular visual standouts. And like many cable favorites, the new shows flaunt Amazon’s ability to go beyond what traditional network programming allows. From the subject matter, to the heavy use of nudity, to the number of characters dropping f-bombs in almost every single show, the collective group makes a clear statement: these are shows for mature audiences.

"One of the things that people respond to, whether on Amazon or elsewhere, is very talented people who have a passion for shows, a passion for doing something new," says Price. Networks like HBO have been able to lure those kind of writers and directors by eliminating many of the hurdles and obstacles present when making shows for traditional broadcast networks. It’s something that Netflix took note of when it gave the creators of House of Cards a two season order without even seeing a pilot — and Kevin Spacey has been singing its praises ever since. Amazon may be going through the rigors of the pilot process, but talking to the people behind the new shows it’s clear the company is focused on enabling them to do their jobs with as much support as possible.

The creative freedom shows up on the screen

Author Michael Connelly watched his hardboiled detective Hieronymus "Harry" Bosch linger in development for 15 years at Paramount while the studio struggled to turn the novels into a movie. When Connelly finally got the rights to his creation back, he focused on long-form television as the best venue — and closed the deal with Amazon Studios executive Joe Lewis without ever shopping the project around. "I have some experience in this," Connelly says, "but I never had the kind of freedom that I had [on the pilot] — that was actually promised at the lunch table with Joe Lewis way back in May of 2012."

That creative freedom shows up on the screen. Connelly’s detective is a man of veiled emotions and internal conflict, and it’s easy to imagine a network rushing to portray him in binary black and whites, even if it ruined the character’s nuance and charm. Instead Bosch takes its time to focus on small moments and the slow burn — crafting a moody, compelling character drama that’s easily the best of Amazon’s new batch.

"Amazon had this really amazing vision."

While the prospect of vetting pilots by internet denizens could prove daunting to some, Amazon’s unique approach was actually part of the reason Jill Soloway decided to partner with the company on Transparent. "Amazon had this really amazing vision for letting artists do their thing without a ton of the usual levels of interference," she says. Compared to the world of film, where one can struggle for years trying to get funding and then distribution, the prospect of creating a pilot and getting it out to the public in a matter of months was inspiring, she says. 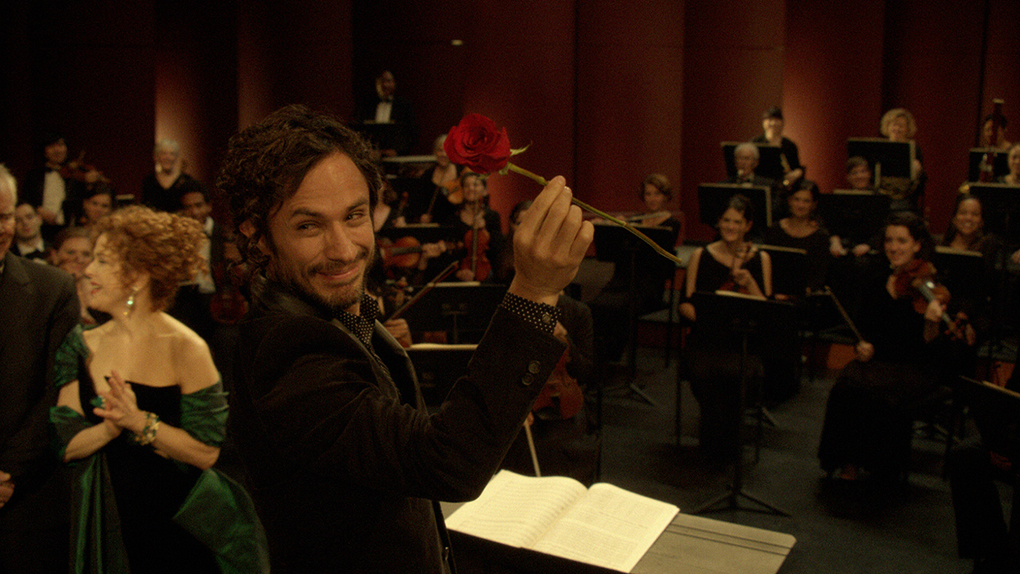 Gael Garcia Bernal in Mozart in the Jungle

It’s a common refrain that’s echoed by almost all of the creators of the new shows. When Amazon decided to take on Mozart in the Jungle, says Roman Coppola, the company was direct and to the point. "You know sometimes there’s a lot of discussion and a lot of process, and they were very supportive of the script that we had. Hands-on in the right way, and hands-off in the right way."

"We responded to the same tone in things, and so there was a real sense of teamwork in making the show," Coppola explains. "That sounds like bullshit fluff, but it’s sincere."

Of course, a group of intriguing pilots is still a far cry from Emmy wins and third-season renewals, and it remains to be seen if audiences will like the pilots enough to warrant season orders in the first place (everything save The Rebels left me anxious to see more episodes as soon as possible). But the crowdsourcing approach appears to be paying dividends for children’s programming at the very least: one of the new pilots is Gortimer Gibbon’s Life on Normal Street, the first pilot produced from Amazon Studios’ open submission process rather than conventional Hollywood channels.

Considering how quickly the company is evolving, it wouldn’t be a total shock to see this pivot to more dramatic shows result in a nomination or two for Amazon Studios in the years to come. Price is humble about the prospect — with a bit of dry humor thrown in for good measure. "This is an incredible era for TV fans and we would love to help the creators on the shows find those kind of accolades and success," he says. "So yes, Emmy voters — please feel free to include us in all of your Emmy plans."

Amazon’s new pilots are available for streaming on Prime Instant Video in the US and on Lovefilm in the UK.