Google is rolling out a new feature that pushes YouTube videos to the top of search results. Search for a song and you'll now see a Google Now-like card appear at the top of your results, containing a link to the video for the song as well as information on the artist, album, and release date. As Search Engine Watch reports, the YouTube cards look a lot like a playable video, but they're actually just images that redirect to YouTube. 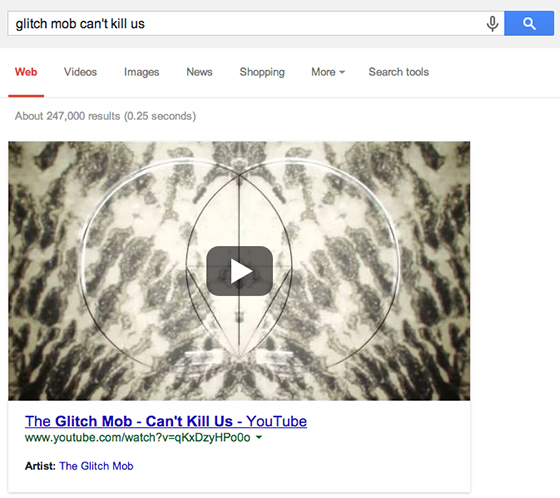 In our testing, most searches for popular music featured official videos in the new card interface from artist pages or publishers' accounts, but we're also finding occasions where unlicensed videos are linked. In the vast majority of our searches, the result points to a YouTube video, which Google is no doubt hoping will drive even more people to its popular video site.

Correction: An earlier version of this article stated that 100 percent of music searches would yield a result prioritizing YouTube. While this was true in our initial testing of the most popular music searches, we've now seen a few cases where external services like DailyMotion and Vimeo are featured as well.