Share All sharing options for: Half-naked male sleepwalker statue gets a frosty reception at all-girls college

Installation art has a long history of shocking and surprising people, though there are now concerns a very realistic looking statue of a man sleepwalking in his underwear may have gone too far. That statue, quite literally called "sleepwalker," was made by sculptor Tony Matelli to promote his latest exhibit at Wellesley College's Davis Museum. The only problem? Wellesley College (where the statue was placed) is an all-female school, and the surprise sculpture not only spooked some students upon its arrival, but also became "a source of apprehension, fear, and triggering thoughts regarding sexual assault for some members of our campus community." That's according to an online petition to have statue relocated, penned by a Wellesley College student that's now been signed by some 600 supporters.

Showed up with little explanation

In a statement to The Boston Globe, both the Davis Museum and Wellesley College's president acknowledged the controversy the work created, but made no promises of relocation, saying "the very best works of art have the power to stimulate deeply personal emotions and to provoke unexpected new ideas, and this sculpture is no exception." The rest of Matelli's exhibit is still slated to run through May 11th. 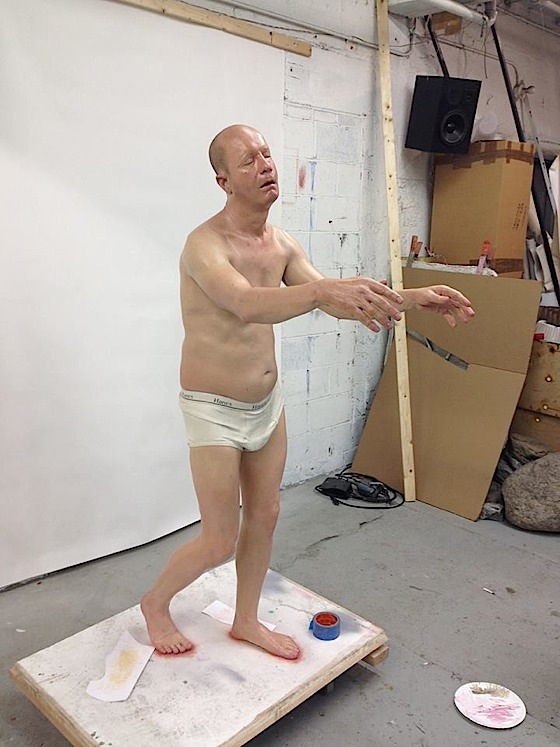 A shot of the statue posted by the Davis Museum last month. (Facebook)