Microsoft’s upcoming Windows Phone 8.1 update will include an option to set a background image on the Start Screen. While the software maker has been experimenting with methods to support this, The Verge understands Microsoft has settled on an option that will allow Windows Phone 8.1 users to skin existing tiles with an image. Screenshots demonstrating the feature have leaked today, showing how Live Tiles can now be transparent and skinned with an image. The Verge can confirm these are genuine screenshots.

While this is a new customization option that won’t be turned on by default, not every single app will allow its tile to be skinned when a background image is selected. Apps like Games, Office, and Xbox Music will not be automatically skinned with images, allowing them to use their custom colors. Microsoft’s implementation is very similar to third-party apps like Skinery, and Windows Phone 8.1 will continue to support the existing Start Screen Live Tile accent colors. Microsoft is expected to ship Windows Phone 8.1 to developers in early April during the company’s Build developer conference. 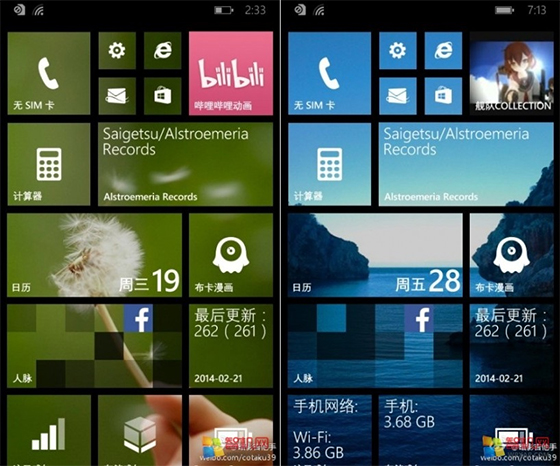