The mysterious case of the crowdfunded movie

Even for noir, the Veronica Mars series ended on a remarkably melancholy note. The titular teenage detective, played with giddy resolve by Kristen Bell, was hopelessly torn between her bad-boy true love and the college boyfriend who went with her to hell and back. In the show’s final scene, she cast a ballot for her father for sheriff — just as he was implicated in a scandal that doomed his prospects forever. The last time we saw her, Veronica Mars was walking alone in the rain.

No wonder, then, that fans have been clamoring for a Hollywood ending ever since the CW declined to renew the cult-hit show for a fourth season. Warner Bros., which owned the rights to the series, declined to produce a movie: the show never attracted more than 3 million viewers, and prospects for success at the box office looked slim. But in the sort of plot twist that the series pulled off so capably, Bell and series creator Rob Thomas used their social-media savvy to finance the film themselves. In a landmark Kickstarter campaign, more than 91,000 fans donated a collective $5.7 million to bring Veronica Mars to the big screen. (Disclosure: I was one of them.) 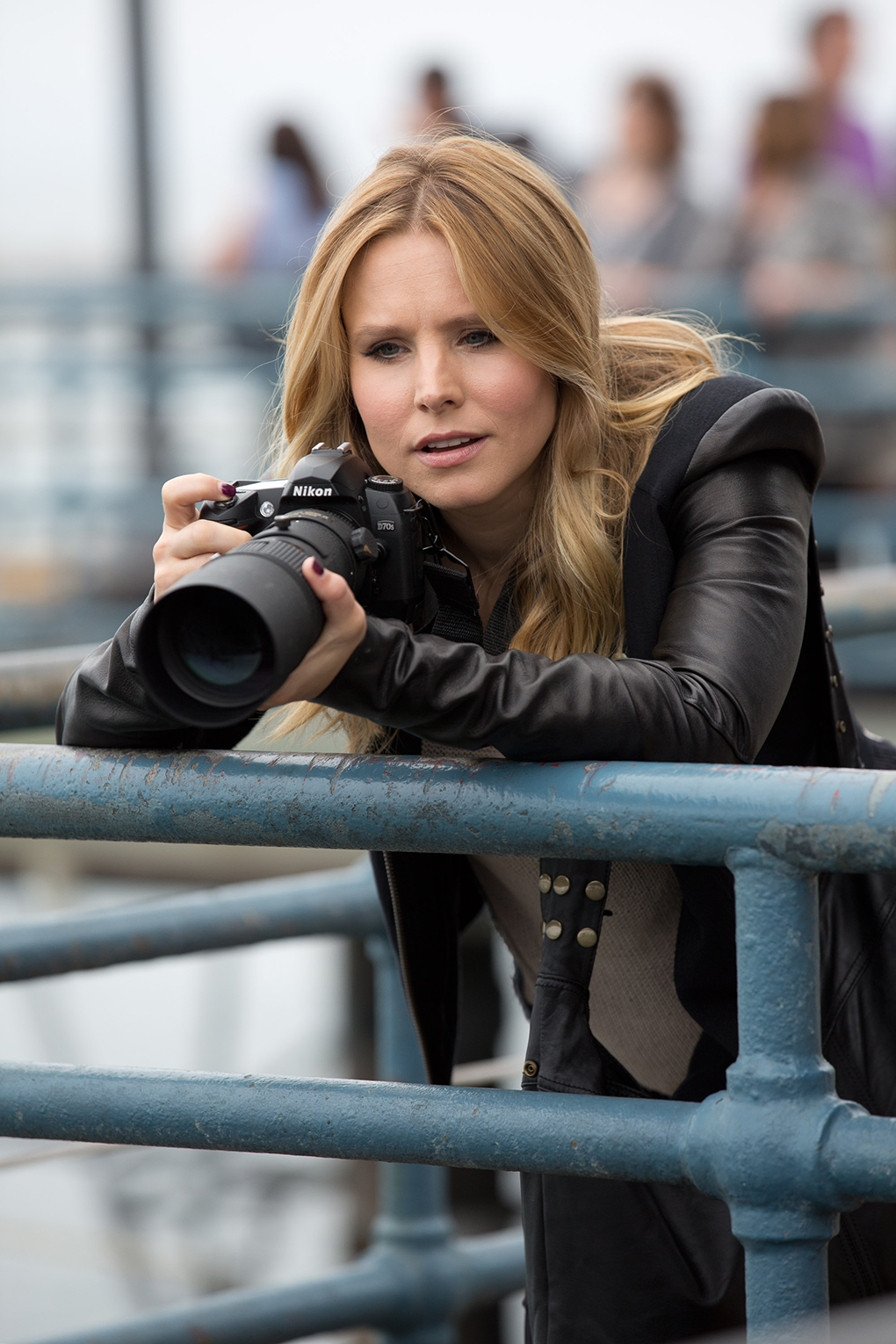 The twisty plots, sharp one-liners, and heartfelt performances of the television series all return for the movie

Veronica Mars arrives in theaters and online this week, heralding a new era in filmmaking where fans could have unprecedented influence over which projects are developed, and how. The resulting film shows both the promise and perils of making a movie for the diehard fans who want it to become reality: the harder a film works to please its existing fan base, the more trouble it will have appealing to a wider audience. And there’s something unsettling about watching a show known for its relentlessly dark worldview returning as an elaborate act of fan service.

But credit where it’s due: Veronica Mars is a lovingly crafted, immensely satisfying reunion. Bell’s Veronica is fearless, funny, and an uncommonly good detective — but she’s also a lousy girlfriend, a distant daughter, and mired in the sort of quarterlife crisis that nearly always results from going to law school. As written by Thomas and co-writer Diane Ruggiero, Veronica is the smartest character in every scene. And yet she’s also deeply uncertain of her place in the world, and that tension helps turn a mostly run-of-the-mill murder mystery into something that feels more substantial.

Veronica Mars begins almost a decade after the show ended on the eve of Veronica’s 10-year reunion at Neptune High School, a place of seemingly perpetual torment. "It really is built on the Hellmouth," notes Veronica’s boyfriend, Stosh "Piz" Piznarski (Chris Lowell), just before the reunion turns into a scene straight out of Buffy The Vampire Slayer. After graduating from college, Veronica has given up her job as a private detective at her father’s firm and earned a law degree. As the film opens, she’s in a serious relationship with Piz, and interviewing for a job at a top-notch New York law firm. 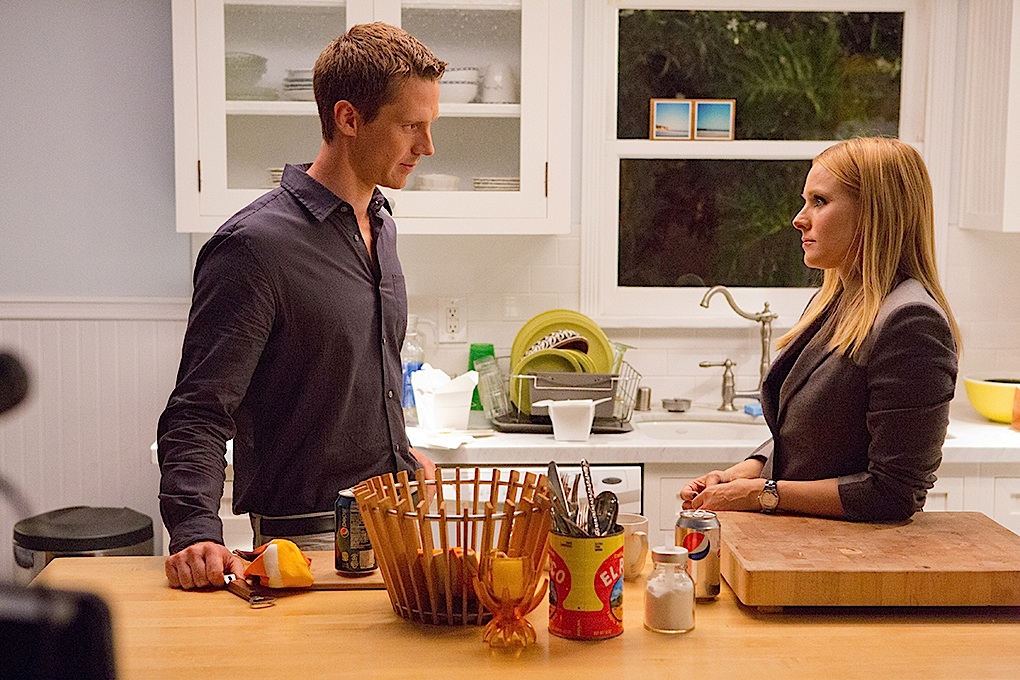 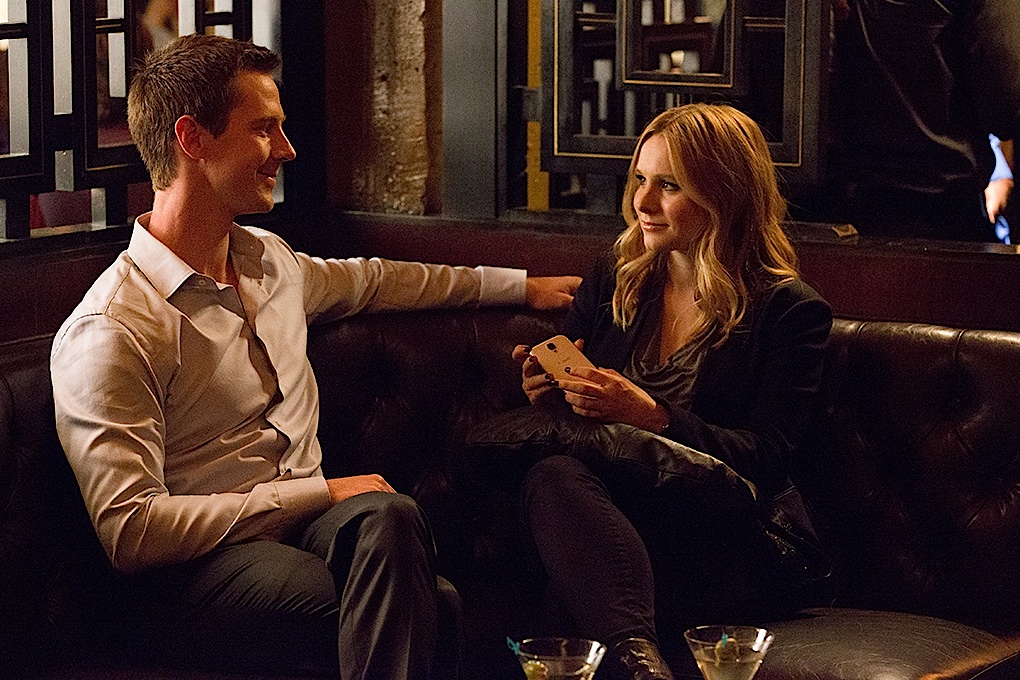 Then she gets a call from her ex-boyfriend, the unpredictable Logan Echolls: his ex-girlfriend, a high school classmate turned singer who performs under the name Bonnie DeVille, is found electrocuted in her bathtub. When police arrive on the scene, they find Logan (Jason Dohring) with the corpse, and he becomes the prime suspect in her death. He asks for Veronica’s help in choosing a lawyer, and before you can say "love triangle" she’s on a flight back to California, where multiplying mysteries force her to make a choice between her old life and her new one.

Veronica Mars was a passion project, and it shows. The cast worked for union rates, shooting in 35 locations over 24 days, and the seams occasionally show. (At a Q&A session following the premiere, Dohring lamented that he was often limited to a single take.) Other, better-financed series that have made the leap to the movies — The X-Files and Firefly come to mind — have made better use of the big screen, filling the frame with spectacle. Aside from some flashy introductory exposition and closing credits, Veronica Mars still looks and feels mostly like a TV show, the two-hour series finale that the show deserved but never got. What it lacks in explosions it attempts to make up for in romance: from the moment Veronica sees the once rebellious Logan in military dress, it’s not a question of if they kiss, but when.

But if elements of Veronica Mars come across as fan fiction, it retains almost all of the elements that made it so compelling during its original run. The twisty plots, sharp one-liners, and heartfelt performances of the television series all return for the movie. Bell and Colantoni in particular stand out for their portrayals of a feisty daughter and a father who worries she is throwing it all away.

That ought to be more than enough to make the film’s Kickstarter backers feel like they got their money’s worth. Still, it’s unlikely to expand the audience for Veronica Mars much beyond current levels. A film of the fans, by the fans, and for the fans can feel like too much of a good thing. But it is, after all, what we paid for.