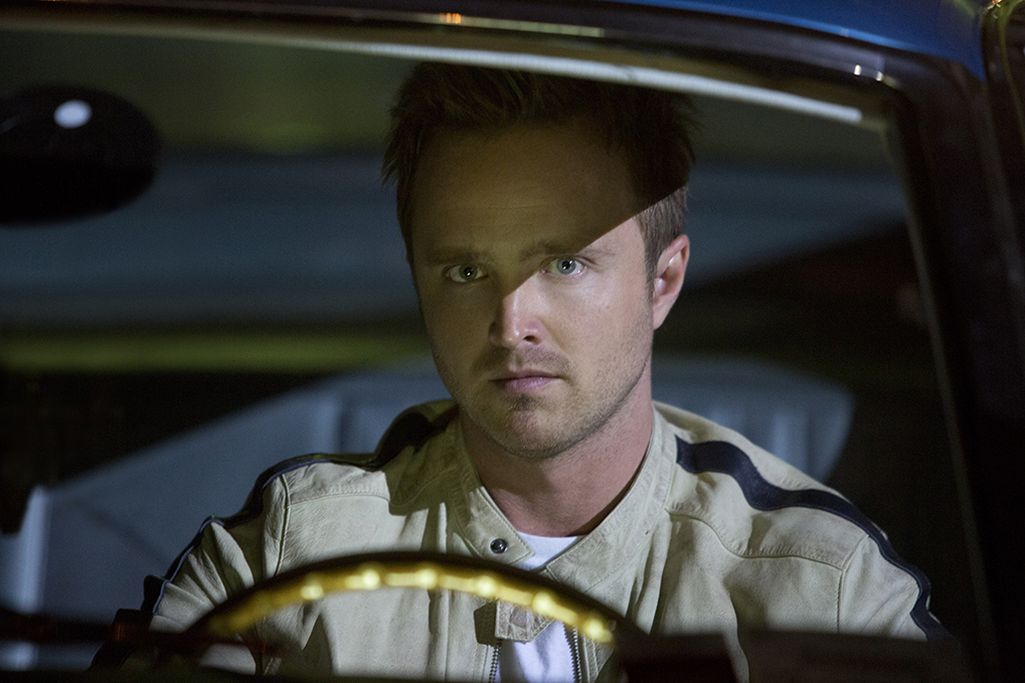 As the lights go down in the theater, an “EA” logo flashes across the screen, which prompts a few errant chuckles from the moviegoers around me. I laugh too, and I’m not exactly sure why. Maybe it’s that it looks like a video game is booting up, or maybe we just all know movies adapted from video games are at a high risk of being absolutely terrible. Super Mario Bros. Street Fighter. Mortal Kombat. Doom. I could keep going.

This one is Need for Speed, a movie based on EA’s long-running game franchise with just the thinnest of plot parameters to work with: there are fast cars, and there are cops. The fast cars are running from the cops. That’s pretty much it. Presumably, everything else was fair game for screenwriter George Gatins, who shares a credit for the movie adaptation with his more broadly accomplished brother John (Real Steel, Flight). 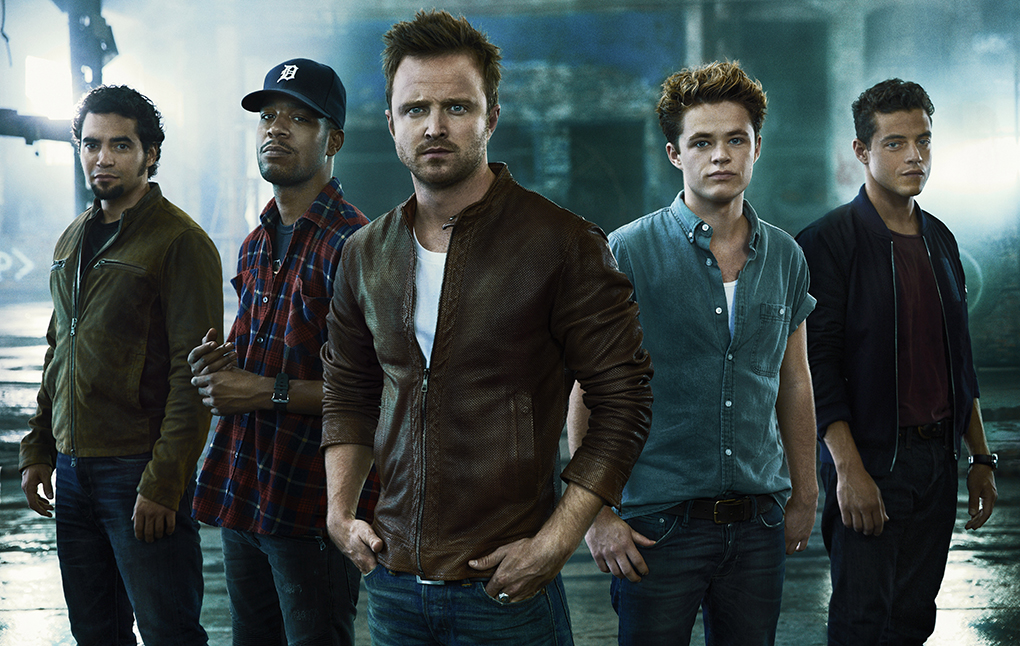 In other words, the Gatins brothers were basically working with a clean slate. Alas, they still arrived on an elementary, age-old formula. It involves a down-on-his-luck kid, Tobey, played by Breaking Bad's Aaron Paul, with a talent for racing and a heart of gold. It has a bad guy (who’s conveniently always wearing black clothes to remind you he’s the bad guy), a love interest, and a final showdown involving — you guessed it — a bunch of exotic cars. There’s rarely a moment in the film’s two hours and ten minutes when you can’t roughly predict what’s going to happen next.

That’s not necessarily a bad thing, of course. With a name like Need for Speed, moviegoers have a very good sense of what they’re going to be getting for their money. And this formula has practically printed money for decades: if you made NFS animated, you’d have a bizarro analog of the Pixar classic Cars. If you swapped cars for boxing gloves, you’d have the rough outline of Rocky IV.

It’s particularly true that you can lean on a tired plotline when you’re appealing to gearhead culture; you certainly won’t find any Oscars on the mantel for The Fast and the Furious: Tokyo Drift, but for all its silliness, it’s endlessly entertaining. Unfortunately, it’s that unavoidable comparison to the Fast & Furious series where NFS starts to look like the freshman effort that it is. Apart from Michael Keaton, who plays an eccentric millionaire operating an illegal street race, the only recognizable star from the film is Paul himself, and he hasn’t yet shaken his image as Breaking Bad’s rage-prone loser Jesse Pinkman. (Somehow I kept expecting him to slink off somewhere and smoke meth.) No doubt there are A-listers who have built an entire career playing more or less the same character — Bruce Willis, to name but one example — but Aaron Paul is a long way from Bruce Willis,. 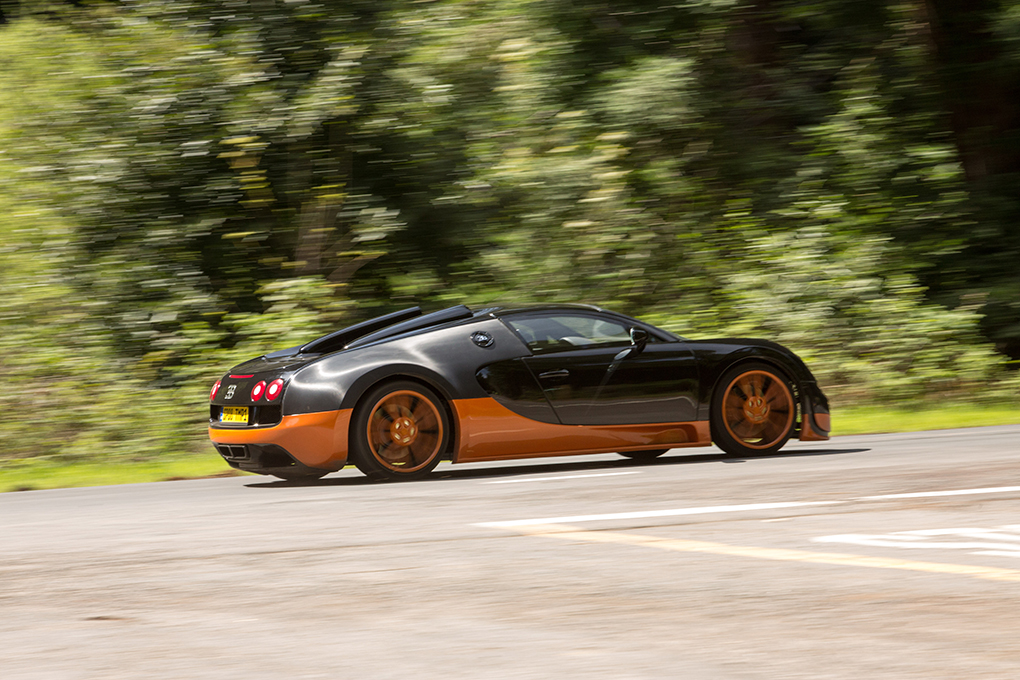 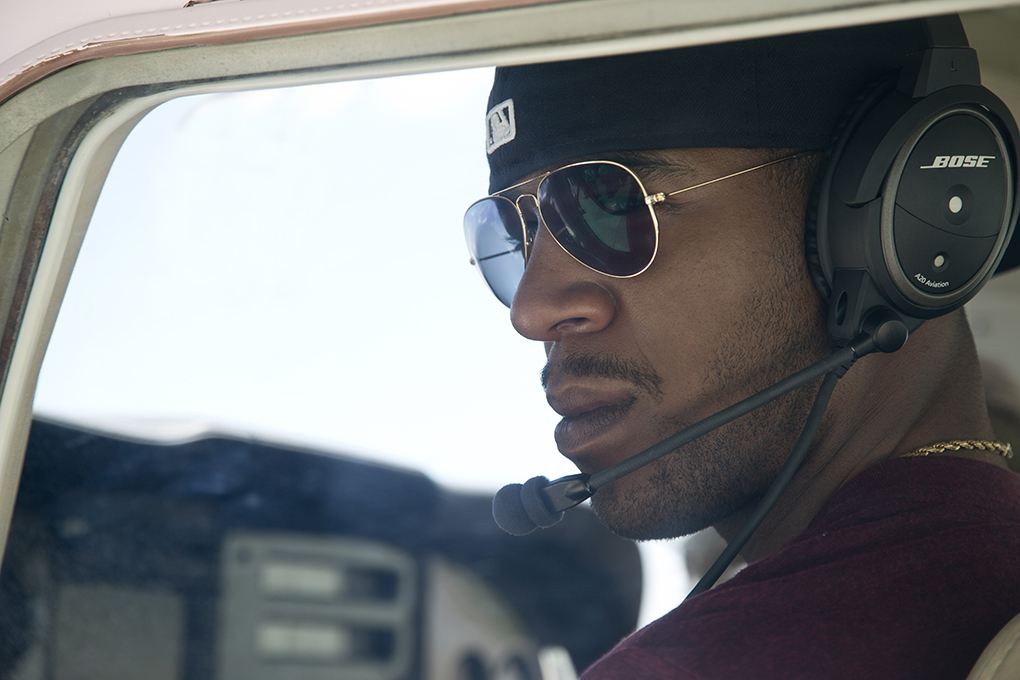 Still, for what it tries to be, a movie like NFS can be saved by the action alone. You might think that a film filled to the brim with exotic cars and testosterone would beget an endless string of massive explosions, but NFS is a surprisingly low-explosion affair. Apart from a fiery Koenigsegg Agera flipping spectacularly off of a bridge, most of the action is limited to driving and the occasional crash. That may be due in part to the movie’s budget, roughly a third of last year’s Fast & Furious 6. Impressively, NFS involves essentially zero CGI and the actors did many of their own stunts. Aaron Paul took a crash course in stunt driving, and Scott Mescudi — better known by his stage name, Kid Cudi — actually learned to fly for the role, which involves spending most of the film piloting an aircraft or helicopter of some sort.

But that DIY attitude of the film’s production comes out in places; I couldn’t shake the feeling that the adrenaline-packed action sequences could’ve been considerably more intense. Even a high-speed cliffside chase felt strangely brief and low-stakes. If this had been a Fast & Furious movie, the sequence would’ve been three times longer, more people would’ve died, and something — something — would’ve exploded. A cargo plane, a battleship, a speedboat, I don’t care. Something!

NFS has turned out to be an odd pairing of a big-budget video game franchise to its mid-budget film adaptation, a dangerous equation that comes off feeling like an actual video game cutscene: lifeless, ill-conceived filler that gamers just want to skip through to get to the good parts.

Still, despite the budget concessions, NFS can be rewarding for car lovers at times. It could’ve easily gotten by with bog-standard supercars like the Lamborghini Aventador and Ferrari F12berlinetta, but the producers dug deep to arrange appearances by unicorns like the GTA Spano, the Saleen S7, and Lamborghini’s glorious Sesto Elemento. Those appearances are brief, though: most of the movie focuses on Tobey’s 900-horsepower Shelby Mustang, which is cool but not that cool. And, unwilling to be a merchant of death for any million-dollar exotics, crews built low-cost replicas of many of the cars for use in dicey scenes — I may have been psyching myself out, but I felt like I could tell when and where the cars were fakes.

Rare supercars aside, I left Need for Speed feeling… well, I wasn’t really feeling much at all. I was never emotionally invested in the well-being of Tobey’s crew the way I’ve become invested in Dom’s through his adventures with Brian O’Conner and the motley Fast gang. I don’t blame the producers for spinning such a thin thread connecting this film to the video game franchise that created it; they had practically nothing to work with, after all. But in the age of Fast & Furious 6, gratuitous car porn on the big screen only works when it’s over the top in every sense of the word — and the people behind NFS appear to have had neither the money nor the imagination to pull it off.

Need for Speed is now playing in the UK. It opens in the US on March 14th.