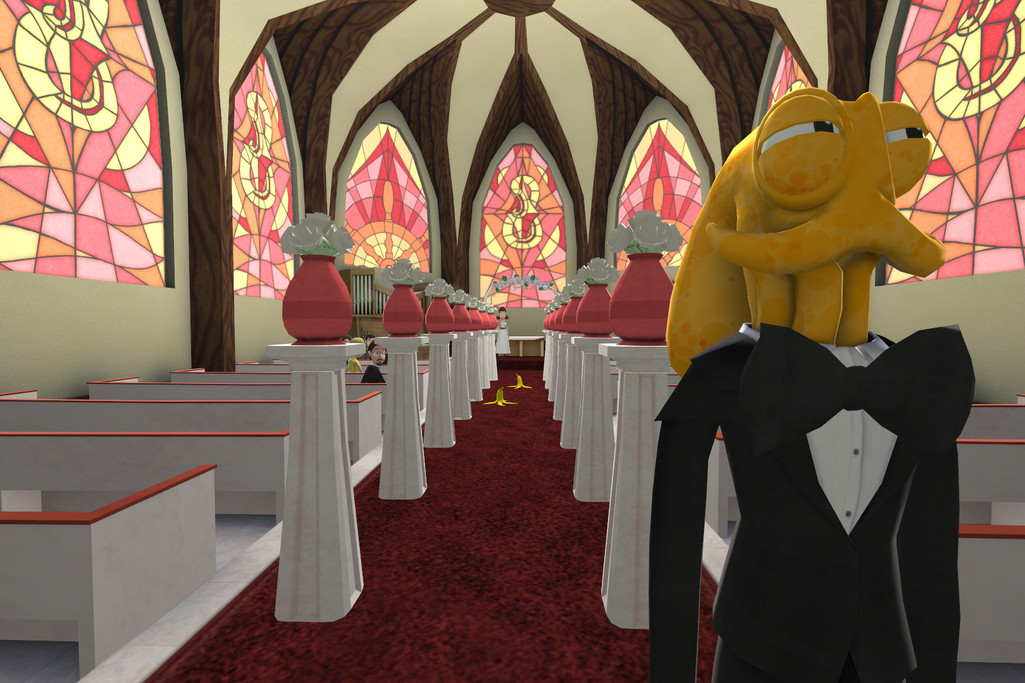 A bride stands at the altar, worrying about her missing husband-to-be. "He's always late," she says. "But what on Earth is keeping him?" The delay, it seems, is because he's an octopus — and as you'll learn over the next few minutes of the game, everything from putting on a tie to walking down the aisle is infinitely more challenging when you're a cephalopod pretending to be human. Good luck getting the ring on her finger. It's impossible to play or even watch Octodad: Dadliest Catch without smiling. "We really had no idea whether people would think the idea was stupid, wonderful, or both," says Phil Tibitoski, president of developer Young Horses.

Octodad is a delightfully strange game. And, along with other titles from small developers, it’s just part of a recent resurgence of weird.

Video games have always been weird. Some of the medium's earliest hits were incredibly odd, whether they were about a plumber smashing bricks with his head or a giant yellow circle eating fruit and running from ghosts. As recently as the original PlayStation, oddball games remained some of the biggest selling titles around. PaRappa the Rapper — a game about a talking dog who wants to be a rap star — was a best-seller and features one of the console's most iconic characters. Final Fantasy VII, meanwhile, is one of the PlayStation's most successful blockbusters, and it's a sprawling fantasy epic where you ride around on giant chickens and fight alongside a magical stuffed animal. It has gone on to sell around 10 million copies across multiple platforms.

But for several years, that changed, particularly over the last console generation. Top-selling games tend to slot into familiar genres or franchises, with names like Assassin's Creed, Call of Duty, or FIFA. The skyrocketing cost of development has led developers and publishers to play it safe when it comes to big new releases. That means lots of sequels and more homogenized games that can be tough to tell apart — it's unlikely that PaRappa would've been a breakout hit had it been released on the Xbox 360. But thanks to the rise of mobile gaming; the advent of better, cheaper tools for indie developers; and a renewed focus on smaller games from Microsoft and Sony, that's starting to change.

"We never knew whether the idea would really work as a game."

When it comes to PlayStation, the change is no accident. Sony has been aggressively courting indie developers for some time, and PlayStation 4 system architect Mark Cerny has said that the console is meant to be a return to the brand's roots. "If you look at what happened in those early days, because game development was so inexpensive, it was possible to just have a concept, a wild idea, and just try it," he told The Verge last year. "And as game budgets escalated — over PlayStation 2 and PlayStation 3 — it got harder and harder to really turn that kind of idea into reality." Octodad is among the weird and wild games coming to the PS4 (it's already available on Steam), and it's one of the console's most exciting upcoming releases.

"It wasn't until the game was released and we saw other people's reactions to it that I knew it had worked," says Tibitoski. "We never knew whether the idea would really work as a game until we got a sense of what people outside of us thought of it. With Octodad we wanted to make people feel awkward, we wanted them to feel like an octopus out of water." 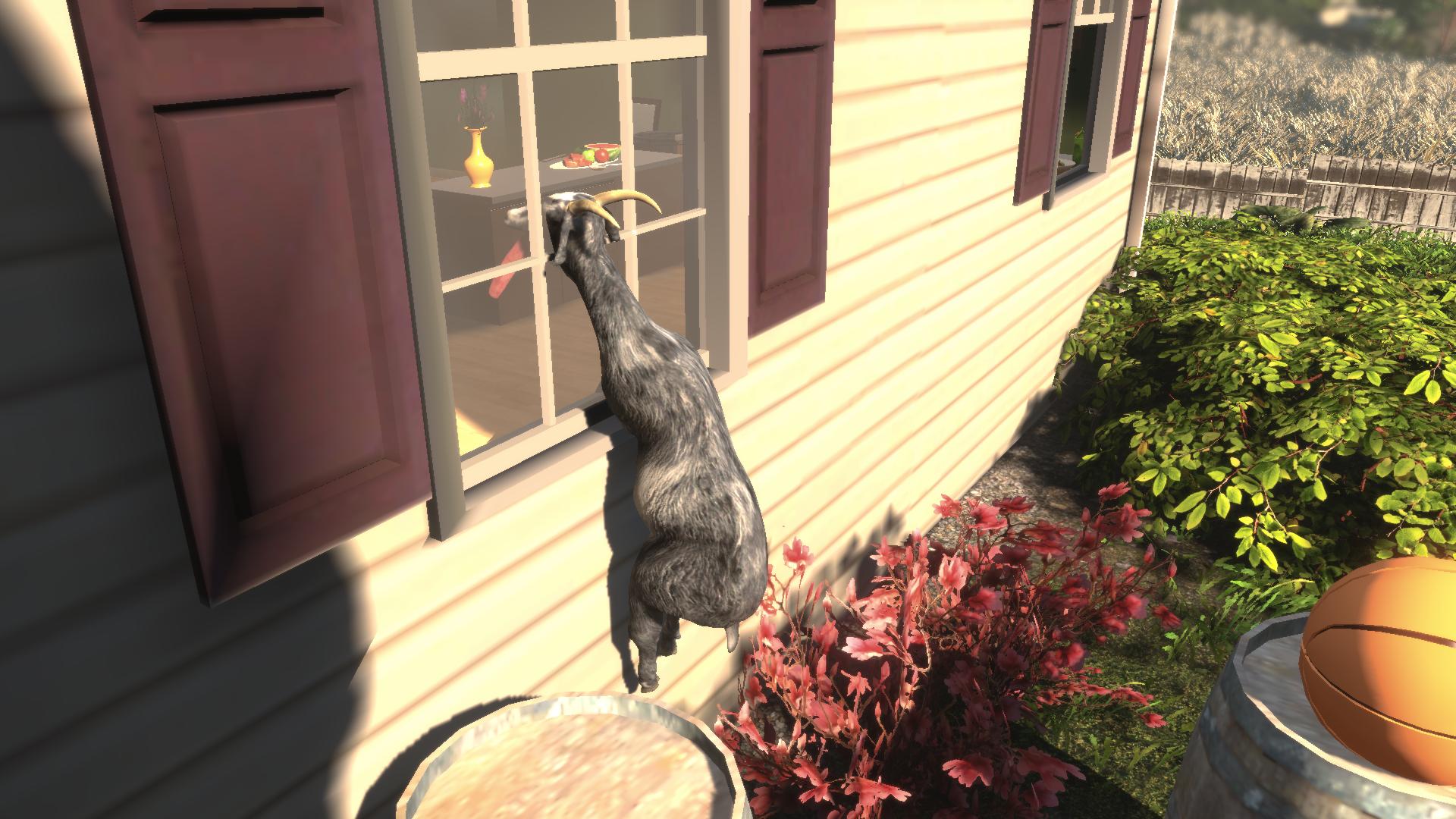 Octodad is also part of a new breed of slapstick games that are as funny to watch as they are to play — a particularly great genre for YouTube's popular "let's play" videos. Games like Surgeon Simulator 2013 go against conventional wisdom, as they're entertaining because they're so difficult to play. The same could be said for the upcoming Goat Simulator, described by its developers as a "small, broken, and stupid game." Developed over the course of just a few weeks as an experiment, the bizarre experience has already garnered more attention than any other Coffee Stain Studios game, and it isn't even out yet. (Appropriately, it launches on April 1st.)

"Everyone likes to laugh, right?"

"I really hope Goat Simulator inspires more people to make weird and stupid games," says Coffee Stain's Armin Ibrisagic. "Some people prefer FPS, some prefer RPGs, but everyone likes to laugh, right? So I think funny and dumb games are something that has a huge potential and I'd really love to see more of it in the gaming industry."

Indie games have always been weird, but they're also becoming much bigger for a few reasons. For one thing, console makers are investing more in these games through programs like Microsoft's ID@Xbox service. Whereas downloadable titles previously took a backseat to larger games, they now sit alongside each other in digital stores, whether it’s Steam or the PlayStation Store. 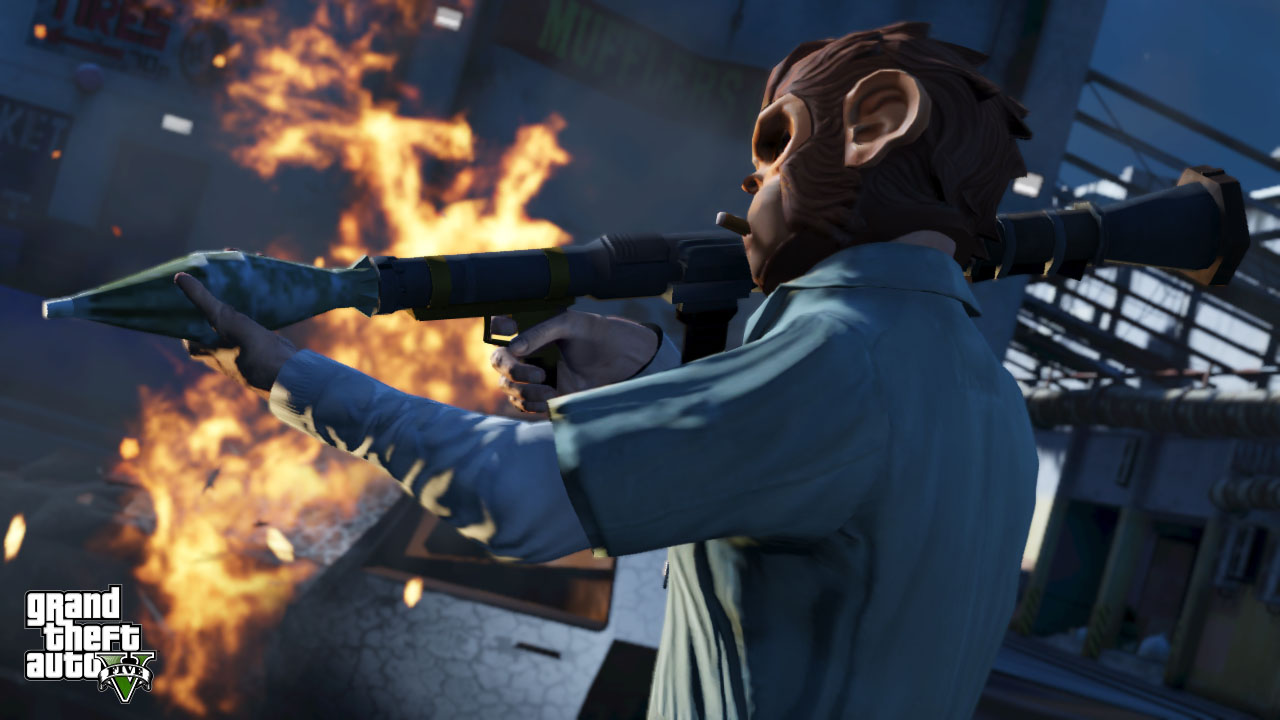 Meanwhile, increasingly sophisticated development tools like the Unity game engine have made it cheaper and easier to have great-looking games built by tiny teams. The gap between AAA and indie is constantly shrinking. Crowdfunding has also helped give rise to the phenomenon, allowing quirky titles like Octodad or Broken Age to forgo risk-averse publishers wary of unproven ideas. And on mobile, a small, silly game like Flappy Bird can rack up thousands of dollars in ad revenue each day and have such an impact that it spawns hundreds of clones, some even more odd than the original. Even mobile puzzle games often have goofy characters and personality.

"I think everyone has a small goat in their soul."

It's not just small studios that are getting weird, though they are leading the charge. While Call of Duty and FIFA won't be going away anytime soon, they now sit alongside some oddball titles from notable developers on the big consoles. Popcap just released a full-blown Xbox One shooter based on its beloved mobile strategy series Plants vs. Zombies, while Ubisoft has experimented with one-off downloadable spin-offs of its major franchises, like the '80s action flick-inspired Far Cry 3: Blood Dragon. Even many massive blockbusters are seeing a smaller shift towards lightheartedness. Grand Theft Auto V is a much less brooding game than its predecessor (and it's better off for it), while the Xbox One shooter Titanfall eschews the typical modern military setting for a sci-fi world filled with towering aliens and massive mechs.

"My favorite games have always been the ones that stick out from everything else," says Young Horses' Tibitoski. And, after a prolonged absence, those games are making a comeback as something bigger and more influential. They help add a special something to the world that is otherwise missing. "I think everyone has a small goat in their soul," says Coffee Stain's Ibrisagic, "and Goat Simulator is helping set free the goat in you."