Half a decade ago, some of the brightest minds at South By Southwest Interactive came together to create the worst website in the world. Jeffrey Bennett proposed online image search for the blind. David Friedman pitched PeopleIPO, allowing anyone to buy shares in you. The winner, though, was Merlin Mann’s FlockdUp, an incomprehensible social network for “thought leaders” that seem to be constructed entirely of buzzwords. “FlockdUp is really uniquely positioned at this juncture to suction all of the oxygen out of this vertical, vis-a-vis an incredibly sticky, almost uncomfortably sticky, humid-weather-seated-on-a-vinyl-seat kind of approach to an accretive social network,” Mann told a rapt audience in Austin. 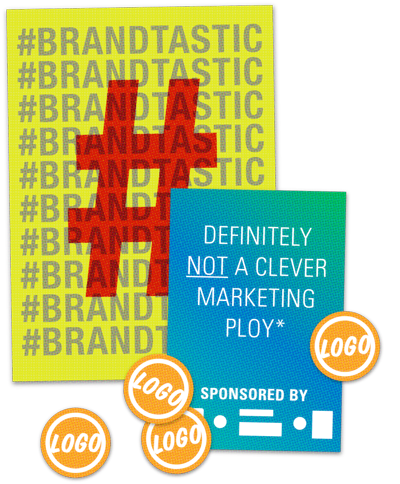 Five years later, "Worst Website Ever" feels positively quaint. The web itself has been shunted aside in favor of mobile apps and cloud services, and the festivalgoers in Austin this week mainly represent not blogs or design firms but some of the biggest corporations on earth. The interactive festival that drew 9,000 people in 2008 drew more than 30,000 last year, and what awaits them is a freewheeling carnival of brands. Outside the convention center, they stand in line to eat crowdsourced Oreos. Inside, they attend seminars on hashtag design. All around the convention center this week, corporate spaces glimmered in the rain like so many banner ads. In a way, SXSW itself has become the worst website ever — it just doesn’t realize it.

Given SXSW’s status as a birthplace of social media, the festival attracts an outsized number of self-styled gurus leading panels to educate the less savvy. Attendees flock to standing-room-only sessions with names like "Idea Vomiting" in the hopes that beyond the bluster, the social media ninjas and rockstars in attendance will share some pearls of wisdom. "Eighty percent of it is useless," confides a man who is attending on behalf of a large American company. "You’re looking for those diamonds in the rough." We are sitting next to one another at a session named "High On Hashtags". A colleague of his, overhearing us, raves about a session she attended the previous day called "The Digital Cronut". "I heard that was awesome," her colleague says.

"High On Hashtags" is described in the festival program thus: "Dazed and confused, consumers and brands alike are trippin’ on hashtags," it read. They’re tripping on something, all right. "Who here lost a bet, and that’s why you’re here?" asked one of the presenters, Eric Bader. After that, he and his co-host said the word "hashtag" for an hour, pausing to take occasional questions. Later, Search Engine Journal would publish a helpful write-up of the event: "Main takeaway: Hashtags help discovery of trends, topics, sentiment." A badge for SXSW Interactive purchased in Austin costs $1,295.

On Monday, I attend a presentation at the Austin Hilton about how sales professionals should use Facebook and Twitter. "How many of you are on social?" asks Jason Suen, an earnest former salesman whose formal title is "director of global customer success" at something called Hearsay Social. Half the hands in the room go up. "How many have no idea what they’re getting back from it?" The marketers in the audience chuckle appreciatively, then raise their hands again.

Some marketers in the audience express trepidation about connecting with customers using personal Facebook and Twitter accounts. Is it okay to use a separate account for business? Suen’s co-host, a Farmers Insurance executive named Patrizio Spagnoletto, says that it is. All the salespeople have to do to win online, it seems, is to be deeply authentic while also maintaining separate work and personal accounts, and to post lively, engaging updates while upholding the brand’s values and observing company guidelines at all times. Also, your return on investment will be impossible to measure.

But how did brands take over SXSW? On one hand, it has always been a business gathering, and has long attracted hucksters and hustlers from all over. But it also had an intimacy, and an intelligence, that distinguished the festival from its peers. One tech executive who has been coming for years lamented to me this week that the event has become "the up-fronts for brands" — a preview of their big promotions for the year, calibrated for maximum noise generation. I stroll by the Oreo Trending Vending Machine, not far from a Subway booth where festivalgoers are strapping on brain monitors in a promotion for a new garbage food called Flatizza. It’s hard to disagree.

Josh Jones-Dilworth has a theory on how it all got this way. Jones-Dilworth, who runs an Austin digital agency and co-founded The Daily Dot, is a longtime attendee who once did public relations for the festival. "It parallels what’s happening on the internet by and large," he says. Once upon a time, festival attendees were a cultural minority. Then technology flooded the mainstream, and suddenly the festival’s appeal grew much wider. It’s the same thing that happened to Comic-Con, really — once geek culture became mass culture, every gathering of early adopters became an irresistible honeypot to marketers. "We always used to worry about taking our products like Twitter and getting the mainstream to use them," Jones-Dilworth says. "And then the mainstream basically came in and flooded our world, and we were unprepared for that. And we complain about it." 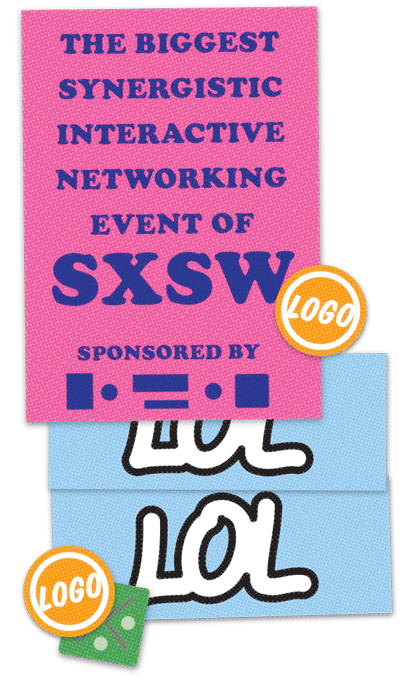 "You have the suits walking around with their checkbooks, and that’s appealing."

Indeed, festivalgoers have been complaining that SXSW is over since at least 2011. Those complaints accelerated with every new blogger lounge sponsored by Samsung, or recharge tent powered by Cottonelle (hashtag: #LetsTalkAboutBums). But they’re not leaving any time soon. "When I talk to big-brand marketers, they still believe that the geeks, the true geeks, the earlier-the-better-geeks, are tastemakers, and that they have a disproportionate influence on culture," Jones-Dilworth says. "And anyone who says that’s new just isn’t paying attention … The Man has always been around. Even if you flash back to the earliest times, when there were only 5,000 people coming."

The closest I came to meeting The Man at SXSW this year is David Berkowitz, the chief marketing officer of digital agency MRY. Berkowitz is a longtime marketing executive who once worked at the firm responsible for the Super Bowl Oreo tweet. He started coming after Twitter blew up in 2007, and has returned every year since. Berkowitz agrees the festival is changing. "More and more it’s faded — not unlike how CES has faded — from being a show about product launches to being a show about meeting people and learning from others," he says. But the brands can’t get enough: "Our clients are sending more and more people, and they’re getting out, they’re taking meetings."

And Berkowitz likes the carnival aspect of it all. The sessions inside may not be what they once were, but there’s plenty of good that comes from introducing young startups to more established businesses. SXSW is a place where deals are forged. "It’s more about creating opportunities," he says. "There’s a great symbiosis. You have the suits walking around with their checkbooks, and that’s appealing. It’s a marketplace — and the bazaar here keeps getting better and better."

Meanwhile, the sort of folks who decamped to Austin each spring are now traveling instead to festivals like Portland’s XOXO, which bills itself as "an experimental festival celebrating independently produced art and technology." It is run, not coincidentally, by Andy Baio.

The reconfigured SXSW shows few signs of slowing down, even though many attendees say they no longer purchase badges and instead meet away from the official panels. Downtown Austin is lovely in the spring, and who’s to tell them all to leave? The music portion of the show is only getting bigger; this year Apple is sponsoring a festival, bringing Coldplay and Pitbull in to perform. If that offends the sensibilities of the tech elite, well, they all moved years ago.

So sit back and enjoy the show. Get high on hashtags and enjoy your digital cronut. "The purists are pissed, I’m sure," Berkowitz says. "But it’s not going back."